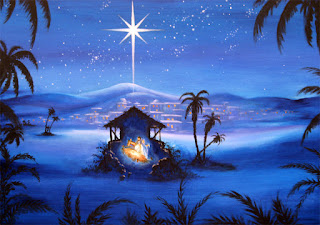 It’s almost here! Just another 12 days and it’s the most magical day of the year (hopefully), Christmas Day. Are you all prepared? Have you managed to get all the shopping done, presents wrapped, Christmas pudding made, Christmas cake iced, as well as keeping up the flow of writing, re-writing, marketing and the other hundred and one jobs associated with being a writer?

December for me is also a birthday month. Apart from the main and obvious birthday celebration, that of the birth of Jesus, which sometimes seems to get lost beneath the avalanche of commercialism; this month is also my eldest daughter’s birthday (yesterday) and we spent the day Christmas shopping – hence the reason for the late posting of this blog (sorry!) On the 23rd of December it’s my youngest daughter’s birthday; then mine on Christmas Eve; my sister in-law’s on Boxing Day and on New Year’s Eve it’s my eldest brother’s birthday and if my mum had still been around, it would have been her birthday on the 1st December.

Thinking of birthdays had me wondering whether the star sign a person is born under really does have an influence on our choices in life. Being a Capricorn (focused, responsible, serious, conventional, hard working) to name just a few of the better traits listed for the typical Capricorn – I wonder if that really did have an influence on my efforts to become a writer. 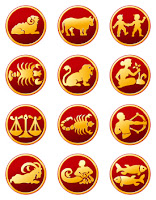 Would the outcome have been different, I wonder, if I’d been born say, in late September early October under the Libra star sign where the traits include being co-operative, careful, artistic, persuasive, diplomatic, logical, and indecisive. I wonder if I would personally have had the staying power to keep writing, sending stories out only to get them rejected in the early days – or would I have taken the logical stance and given up!

Likewise, if I was born late June early July under cancer, who are said to be sensitive, intuitive and emotional amongst other traits, would I have been too upset to get over the rejections and not gone for another try at getting published as my intuition might have told me that the next editor wouldn’t like my stuff either.

Who knows? There are writers under every star sign, but it does make you wonder how different our lives could have been, had we all been born at a different time of the year.

Just for fun, I’ve researched a few well known names and their birthday star signs. See if you think their star signs had any bearing on their successes.

Wishing you all a very Merry Christmas and a happy and successful New Year.

Out now Become a Writer – A step by Step Guide. (Price drop on the ebook version on Amazon) http://www.amazon.co.uk/s/ref=nb_sb_noss_1?url=search-alias%3Dstripbooks&field-keywords=become+a+writer+ann+evans

If you’d like to vote for The Beast, it’s currently shortlisted in the Coventry Inspiration Book Awards. http://www.coventry.gov.uk/r2r

Susan Price said…
Strewth, Ann, I'm sorry for nagging about your post! You must hardly have time to blink in December!
13 December 2012 at 10:09

julia jones said…
(I'm Aries Diana - perhaps we're too stroppy to go along with the star sign stuff!) It's one of my daughters-in-law's birthdays today and we've bought her a Kindle. Very irritated to find that we can't buy books to put on it for her. Will have to make do with the AE and IEBR website links and a gift card

Catherine Czerkawska said…
I'm Sagittarius and told I'm typical. The odd thing is that many of my close friends are either fellow Sags, or other fire signs! Another trait we're suppose to have is continual optimism, which I suppose is no bad thing for a writer. I always think 'this time next year, I'll have a bestseller!'
13 December 2012 at 13:58

Ann Evans said…
Thank you for your comments. And yes Catherine we definitely need to be optimistic in this line of work!
13 December 2012 at 16:14