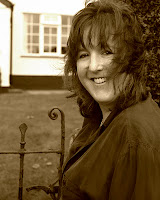 So – December 2012. Is the world going to end in a few weeks? Is it worth buying any Christmas presents, or will the shops be full of Christmas Eve shoppers grabbing last minute gifts when they realise that really they don’t have a valid excuse after all?

I love a good conspiracy theory. From Dan Brown’s The Da Vinci Code, I’ve been lapping them all up. It may not be the best-written book in the world, but I can’t say I noticed as the plot fascinated me. I love to go off and actually look at pictures of The Last Supper and see if I agree with Brown’s interpretations. For me, the key to a good story of this type is the plausibility of the plot. I’m willing to believe, I want to go with the author; it doesn’t take much to hook me in, but get it wrong – tell me something I know for a fact cannot be true –  and you’ve lost me forever. Take vampires for instance. I can suspend disbelief enough to acknowledge their existence in fiction – but having children? Nope, that’s crossed my plausibility line. And as for zombies, well you have no chance there. What about angels? I can go with angels. But no demons; I just can’t get my head around demons in fiction.

But back to conspiracy theories. I used to have a copy of The Seventh Sword, by Andrew Collins. In fact I had two copies and appear to have lost both of them (lent and never returned – or another conspiracy theory?). This is supposedly non-fiction – a factual account of the search and acquisition in various parts of Britain of mythical swords, that may or may not be connected with Arthurian legend. It mentions real people, which gives it an air of authority, respectability even, but it’s still hard to reconcile with the 21st century. I loved it, but maybe I’m just gullible. As I said, I want to believe. I think we all do, writers especially – we all want there to be something more than five senses and what we consider to be normal life.

Collins also wrote The Black Alchemist (another book which has mysteriously vanished from my bookshelves), which purports to be the real explanation for the ferocious storms of 1987 in South West England. An account of black magic and dark rituals at the end of the 20th century. Truth or fiction? Collins was reportedly an acquaintance of dark fantasy author Storm Constantine, who writes excellent fiction and non-fiction about mythology and other worlds. I know Storm and have met her on many occasions and she’s not the kind of person who would buy into nonsense that she didn’t genuinely believe in.

And then we get to the real conspiracy theories. The modern stuff. I bought Mayday by Nelson Demille & Thomas Block a few years ago. A plane is accidentally hit by a missile over America and the few survivors have to try to land safely. But it seems that the authorities are not exactly helping. Without spoilers, the crux of this story is the lengths that corporate America (or any other country) will go to, to avoid a disaster far bigger than the lives of a planeful of passengers. Nothing supernatural or in any way out of the ordinary. But it’s scary reading.

So will this be my last Authors Electric column? Or did the Mayans get it wrong (or just run out of space)? What does the end of the world mean anyway? 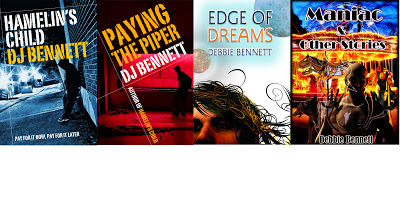 Susan Price said…
Corporate America - or Britain for that matter - certainly worry me more than the spirit world!
6 December 2012 at 08:57

Interesting about the angels but not demons - presumably you're not including Philip Pulman's daemons? I thought they were brilliantly realised.

And on teh subject of corporate america and conspiracies, you could do a lot worse than John Grisham's fabulous The Pelican Brief
6 December 2012 at 12:22

Kathleen Jones said…
I love conspiracy theories too Debbie - my favourite was the one where we didn't actually go to the moon at all, it was all filmed in a desert in Arizona. They made it so plausible!
6 December 2012 at 15:01

Debbie Bennett said…
@Dan. Couldn't get into Philip Pulman at all - not even the film! @Kathleen - ooh yes. That tv documentary that "proved" it was all a hoax. It really makes you wonder doesn't it? How on earth did we have the technology for spaceflight in the 1960s?
6 December 2012 at 15:32

Sheridan Winn said…
I'm with you on this, Debbie.
One of the best television series I've seen in years - an original screenplay - was RUBICON which was screened on BBC4 in 12 episodes in 2010/11.
The story centres on the American Policy Institute and the intelligence analysts who work there.
One realises that that a small group of extraordinarily powerful men are controlling world events to their advantage. Slow burn - some critics loved it, but it didn't get a second series - but chilling in its concept.
Bit like The Parallax View.
I enjoy these stories, but they don't cheer me up in any way!

Debbie Bennett said…
Oh, I'd forgotten the Illuminati - another huge conspiracy theory. Add in the Rosicrucians and Knights Templar and I'm off to raid my bookshelf again...
8 December 2012 at 19:19