Confessions of a Worrywart by Pauline Chandler

By Pauline Chandler - November 21, 2014
Some days, I’m completely exhausted well before nine o’clock in the morning, what with breakfast tv and the terrible news, and replying to messages on email, Facebook and Twitter.
Then there’s the daily paper to read.

It’s all frightful. There’s no sense of calm any more. Have you noticed? Everyone’s worried to death and it can’t be good for us.


And I've discovered something terrifying about bread.

After two weeks, the white sliced bread, bought as an economy move, has not gone mouldy, which must mean it’s completely sterile.

Then there's the ladybirds. They're gathering in the corners of the window frames in the sitting room and kitchen, small crowds, cuddling into hibernation. They bother me and then again, they don’t bother me. They’re not noisy and I get a really good feeling from the thought that I’m helping wild life, but does it mean I’m a slattern who never cleans her windows and should I put my host of sleeping ladybirds outside, in the frosty  garden?

My friend urges me to support a woman writer who ‘lives her dream’, by devoting every minute of every day to her work in progress. Out come thoughts from Mrs Grumpy.

'She doesn’t even wash her hair.  Ee-ew. Writers, artists, anyone, do not have the right to support, especially if they abandon personal hygiene. It’s lovely if you can wangle it, but don’t expect it. You’re not that special'.
I reply that, of course, I'll help.

'Why do people who ‘opt out’ of society, expect support? If you live in my country, and use its facilities and services, from libraries to public lavatories, you have to contribute. There’s no such thing as ‘There’s no such as thing as society’.  Listen up, we’re all in this together'.

Why does LIDL sell cat food labelled ‘for the sterilised and castrated’?  Indelicate.

Why did I buy chocolate-coated , again?

Why is the man who is laying a new gas main in my road, smoking? Why is his mate standing watching him with his hands in his pockets? 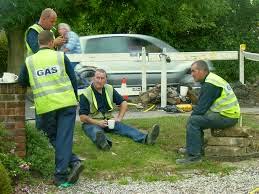 If I eat a chocolate-coated now, will it spoil my breakfast?

Why can’t I buy one kipper? There’s always two in a boil-in-the-bag, so there’s always one left over.  So sad.

Leftovers, like charity advertisements, weigh heavily on my conscience. They sit miserably, in the fridge, abandoned, like Victorian orphans, inexorably fading away without fuss. But, what is one to expect?  What can I do with two boiled potatoes? They're neither one thing nor the other. 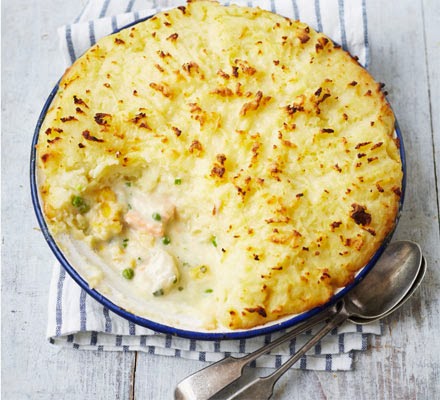 madwippitt said…
Glad I'm not the only worrier! :-)

Bill Kirton said…
I'm not a worrier but a friend carries the art to astonishing extremes. Not only will she worry about, for example, a nibbled leaf on a new laurel hedge, she'll extrapolate from that a plague of bugs, her garden reduced to a wilderness, the house price crashing as a result and her husband and herself ending up in an insalubrious squat in the east end of (insert your own nightmarish location).
21 November 2014 at 10:24

Pauline Chandler said…
Thanks, Sue! I do love my ladybirds. I just wonder if they need to eat, only we're a bit low on aphids at the mo. Yes, I might ditch that writer, who makes me cross.
Bill, I'm not that bad - yet. I hope your friend's sanity survives all this angst! Poor love. Poor husband!

glitter noir said…
Delightful. And what an original theme for a post. Now you've got me worried that my next post won't be up to snuff.
21 November 2014 at 15:27

Susan Orlins said…
Hi Pauline. We must be soulmates! Checkout my blog:
http://confessionsofaworrywart.com/

Pauline Chandler said…
Oh,Susan,your blog posts are hilarious! Yes, I think we may be soul mates. From one worrywart to another - may all your worries be little ones!
21 November 2014 at 20:45

Susan Orlins said…
haha thanks! And I wish you the same--may all your worries be little ones! I love that!

Susan Orlins said…
PS You totally ruined the turkey sandwich I was planning for lunch! Foraging the fridge for whole wheat bread--is that better?
21 November 2014 at 21:31

Pauline Chandler said…
I think whole wheat must be better, Susan, but you could always leave some out to see if it goes mouldy. If it does, it should be fine. I think. Ha ha!
21 November 2014 at 22:00

Chris Longmuir said…
OMG, now I'm worried. I've always said that someone who spends too much time cleaning their house and doing domestic things is not a dedicated writer - or maybe I'm just a slob! However, on the other hand, I'm not looking for support, I'm quite happy with the dust!
22 November 2014 at 12:29