What the dog meant by Bill Kirton 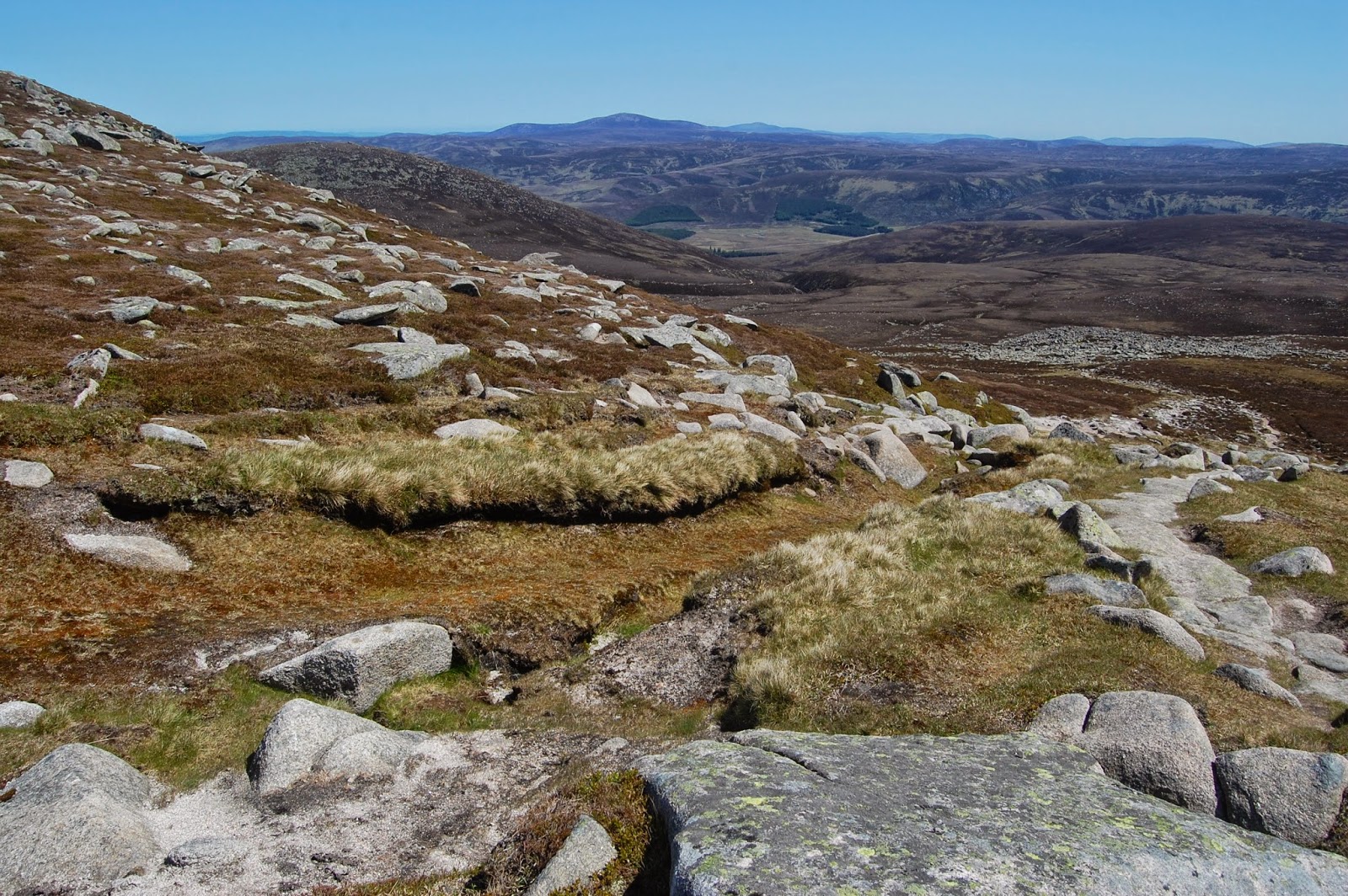 First I was riding my bike along narrow roads which were miles out in the country, then I was walking along familiar streets in a town I thought might be Dundee, but I wasn’t certain of it. I came to a spiral staircase and started climbing it. Near the top I found I couldn’t go any further, then I realised it was because an old man was sitting on one of the steps. He was dirty and dressed in bulky old clothes. He started to stand, muttering apologies and saying it wasn’t open yet, but I saw that I was nearly at the top and the staircase just led to a wall with no door, no breach in it, so I told him not to get up and I started back down the steps.

That was an actual dream and the reason I describe it is because it’s like the dog in my previous post – it calls out for meaning. What do the various elements represent? What do they mean? And what did the dog mean?

The short (and correct) answer is nothing. I did climb the hill, see the stump, speculate about the granite blocks - and there was a dog like the one I described. But the dog had an owner and it didn't follow me. I borrowed that bit from Flaubert. I used to give lectures and tutorials on him and learned a helluva lot about writing in the process. Dogs figured largely in his life but also in his books. An early experience which marked him was seeing a woman called Mme Schlésinger at – she was 26, he was 14 and he fell in love with her. He used to take her dog for walks on the beach and, when he was out of sight, cuddle and kiss it where he knew her lips had been. (Don’t ask.) 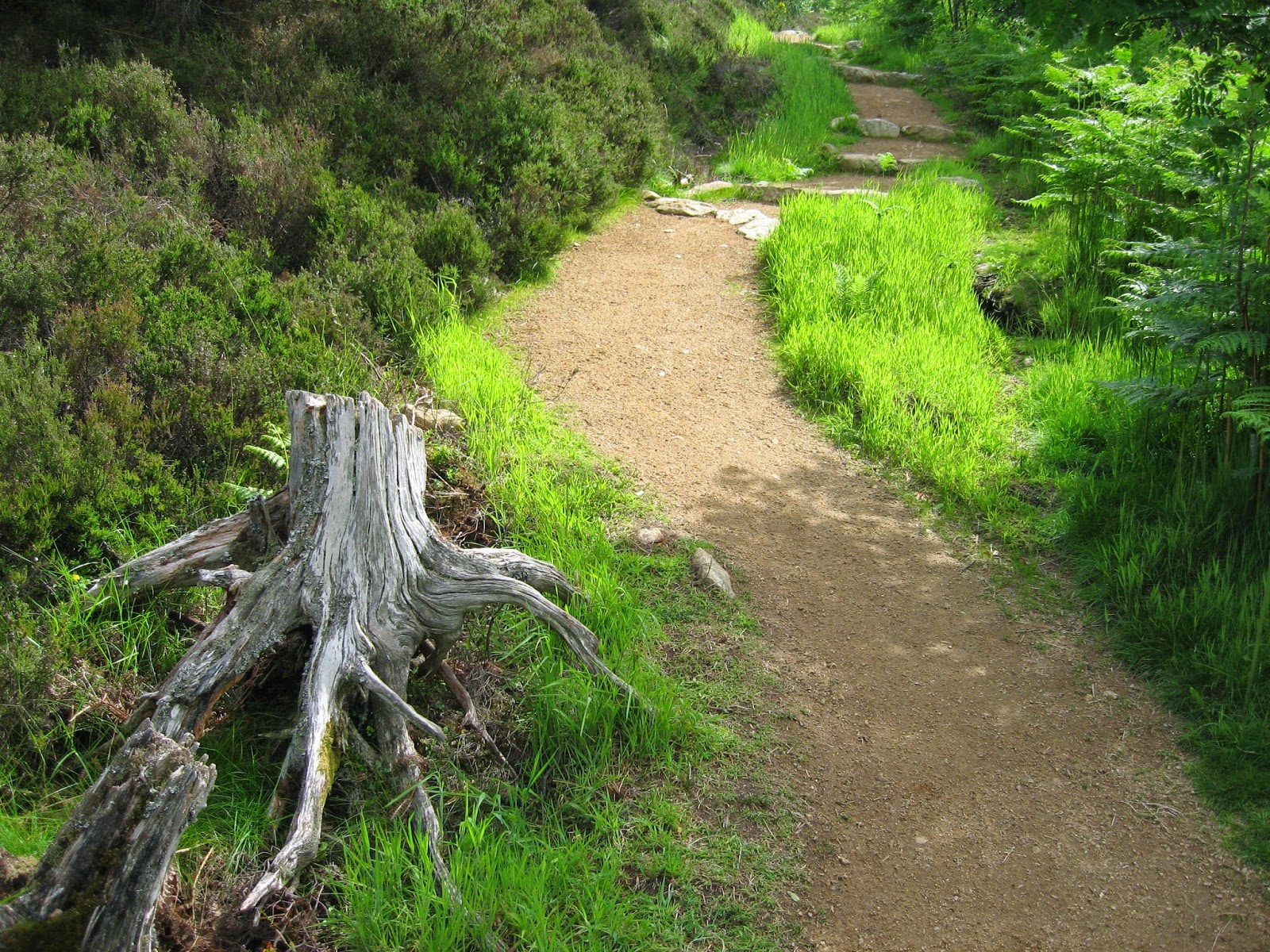 Emma Bovary had a little sort of greyhound and she’d sit with it as it ran around chasing butterflies, biting at flowers. Flaubert said its actions were like her own thoughts, aimless, restless, scattered. But the dog I borrowed was a very sinister one from an early novel, the first Sentimental Education. That’s one based on his love for Mme Schlésinger. Jules, the hero, has just had a sort of revelation of the harmony and beauty of the world. The sun’s setting, the air’s pure, and everything seems fresh to him. Then the dog comes rushing up to him.

It’s scabby, horrible, much worse than mine, but it runs eagerly round him and tries to lick him. He throws a stone at it but it doesn’t run away. Then, as it gets dark, he starts feeling scared of it – it’s both repulsive and attractive. He thinks it may be one he gave a girl way back but then maybe it isn’t. The dog seems to want him to follow it. It barks, howls and snarls, especially when they get to a bridge over the river. And Jules remembers he’d once thought of committing suicide there. In the end, the dog seems to be looking at him with human eyes and it’s so scary and loud that he kicks it hard. It carries on howling, running near him but at last he gets home and locks the door. He then has a terrible night and, when he opens the door in morning, there it is, lying just outside.

All this takes about 8 pages to describe and critics have written articles about what it means. The only reason I borrowed the dog was to remind myself (and illustrate) how readers supply so much of the reality of what we write. We provide them with clues and they make their own stories out of them; they decide what the characters look like and whether they’d want to spend time with them; they decide what is and isn’t significant and what fits into the patterns we provide. Like our characters, ‘we are such stuff as dreams are made on’.

Kathleen Jones said…
Lovely post Bill. I've always thought we dream in metaphors. Puzzling them out is the problem!

Jenny Alexander said…
I love this post! I studied Flaubert at uni waaaay back, and I dream every night, and I have a very mixed relationship with dogs, both in dreams and waking life, so it was a pure delight. And, as a writer, one of the things I find intriguing is what each reader contributes to the possibilities of the story. Everybody's dog is different!
7 November 2014 at 09:35

Jan Needle said…
i read once (or maybe i just dreamed it?) that when he was dying in a mental hospital, flaubert used to bury pebbles in the garden in the hope they'd turn out to be the babies he'd never had. just thought i'd mention it.
7 November 2014 at 10:32

Bill Kirton said…
You've thickened the plot even more, Jan. In the context of his procreation, there are tempting asides to be made on his priapism, but also the fact that he did have offspring but chose not to recognise them. In fact, while admiring the wonderful stories he wrote, it's hard to see him as anything other than a very unpleasant man.
7 November 2014 at 14:12

Lydia Bennet said…
yes the scabby dog might be a good metaphor for his dating, mating persona! another intriguing post Bill about the dog who did what? in the night time, or did it?
7 November 2014 at 14:47

Jan Needle said…
and of course, there was the maupassant dog trained to tear the throat out of a neighbour with whom the subject was having a feud. ca me fait fier a ne pas fraincais etre. or something
7 November 2014 at 15:26