Agony and e-cstacy by Jan Needle

By Jan Needle - October 15, 2015
There’s a lot of agonizing, in a quiet way, involved in being a writer. Although I wasn’t fooled by Julia Jones’s non-claim to be in an ice storm in Antarctica a fair few people were, apparently, and agonized about whether it made them foolish gulls, or Julia a sort of naughty troll (The infantilisation of language in the age of social media is another story) for “kidding” them, even inadvertently.

Others of us agonise (note the s this time; who can guess what a computer’s going to do from one sentence to the next?) about completely different things, some serious (real life) some to do with the mysteries of our “trade.” A couple of blogs ago I remember worrying about the ethics of altering new e-editions of already published books just because I thought some of the stuff I’d written was baloney, or maybe rather clumsy or whatever.

Good golly, I pondered, in the long watches of the Arctic night while Julia kept herself amused with a frozen hand of virtual Scrabble, do I have any right to do this? Does an author have any rights at all, in fact? Things published and in print have cost people money, and are written in blood, or stone at least. By next morning, though, I’d probably, forgotten it. (BTW, did you note the hemispheric shift?)

Now my worry is how much notice to take of people I have asked to criticize something I’ve written. (Back to s, I see). When I say criticis/ze, I probably mean read. I give a book across (hard copy, I’m not a cheapskate), and say ‘What do you think of this, please? Is it all right?’ Normally I give to someone who likes me and ‘admires’ my stuff, in the general way of things. Not stupid, am I?

So I’ve written this book on the life and mysterious death of Buster Crabb, the frogman who went down into the depths of Portsmouth  Harbour in 1956 to check out the bottom of a Soviet cruiser that had brought Nikita Khrushchev on a ‘friendly’ visit. Despite being expressly forbidden by the Prime Minister, Anthony Eden, the wags at MI6 knew just what ‘friendly’ meant, and sent poor old Buster down all on his ownsome in the freezing murky waters.

Crabb was 57, an alcoholic, and smoked about a hundred fags a day. Only a lunatic without an ounce of humanity would have sent him down, but hey, that’s the SIS for you. The London boss was called Nicholas Elliott, whose daddy was the headmaster of Eton. Nick was besties with a chap called Philby. That’s right, Kim.  Aka the Third Man.

The body was found a few miles away in another South Coast harbour fourteen months later, without a head or hands. No DNA in those days, and there are few dental records for a headless cadaver, but they said that it was Buster. Disobeyed orders, hadn’t he? Very naughty boy. 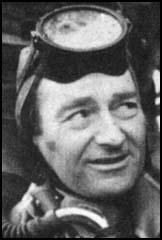 It was a great story then, and it is today. I was a Portsmouth Sea Scout, and heard the day they found him in Chichester Harbour what had happened. I wanted to be a frogman, I’d read Waldron and Gleason’s wondrous book, my imagination went barmy. At the beginning of this year I flung myself into it (I don’t hang about, you know!), and gave the MS to two friends. And sat back for the paeons.

So, back to the worrying. Or the agonizing, if you want the upmarket version. What should I do?

Well, dear reader, that was three months ago, and in the meantime I’ve been as busy as all fall down on other things. This afternoon I finished a rewrite, rejig, slash job, call it what you will, of the fourth of my big historical naval sagas about William Bentley and his friends and enemies. A Fine Boy for Killing is out on Kindle now, The Wicked Trade and The Spithead Nymph are in the pipeline, and this one – Undertaker’s Wind – is ready to go off to Endeavour Press.

Tomorrow or the next day, then, I will throw myself back into Portsmouth Harbour with Buster Crabb, to see which of my readers was nearer the truth. I’ve been doing a lot of quiet thinking in the meantime (part of the agonizing process I presume) and my mind is churning. Even if the first go was in fact a masterpiece I guess it’s going to get a proper kicking about.

And then, sensation seekers, it’s up to you. Unless, of course, you refuse to play neurotic writers’ games and don't read the bloody thing. Gouranga!


In case MI6 come after me, here's my uncrackable cover - wandering the gardens of Dunham Massey with me ma in law. Beats worrying, dunnit?

Bill Kirton said…
You've been at it long enough to know what works and what doesn't Jan, but I understand completely that nagging need for a second opinion. I also think that, however brilliant I think one of my books might be, it'll always be better for some judicious cutting. Good luck with the snorkelling, but I think you may have blown your cover.
15 October 2015 at 09:55

Lydia Bennet said…
The Buster Crabb story sounds terrific material! Presumably Kim's buddy made sure to choose an unfit frogman in the hope he'd cark it before clocking any suspicious submarine stuff. The odd thing is the missing head and hands though, surely the dodgy powers that be would want him identified, unless that body wasn't him... I wonder if dna could be used now? There might still be a fag-end of Buster's about somewhere. As for your 'beta readers', all you can do is take their opinions on board and examine them, perhaps have a few more of them and look for things like lack of clarity in the story or other things which might get in the way of reader enjoyment, without being too dependent on their taste in books.
15 October 2015 at 11:11

Lydia Bennet said…
ps my ex-husband's maternal uncle was in MI6, all very jolly and public school. he used to fly his own little plane about for fun (lots of people did then) and was always crashing it into fields. He loved fast cars too.
15 October 2015 at 11:13

glitter noir said…
you gave me quite a shock there with the tale of Buster Crabb...who I mistook for Buster Crabbe. B movie star, but inspirational figure as a senior athlete. I still remember seeing Crabbe, in his seventies--I think--doing a perfect high dive. Anyway, my shock was compounded when I Googled my Crabbe to learn that he died of a heart attack at 75...after tripping over a pail in the kitchen.
15 October 2015 at 17:07

Wendy H. Jones said…
Loved this. particularly since I used to be in The navy and based in Portsmouth. I had never heard this story so really enjoyed it. Please let me know when the book is out.
15 October 2015 at 20:56