All in a good cause - Karen Bush 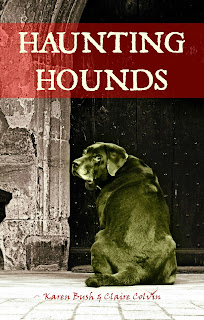 I normally hate climbing on the promotional bandwagon ... yes, I know it has to be done, but it doesn't mean I have to enjoy it. Although this month my teeth are gritted a little less than usual as I try to encourage folk to pick up a copy of Haunting Hounds. The reason? Well, apart from it being the season of ghosties and ghoulies and things that go woof in the night, it's all in a good cause. Or almost all, as fifty percent of all the profits are donated to Kim's Home for Elderly/Abused Dogs, which more than deserves all the dosh I can help raise for it. Wendy Jordan is a wonderwoman who not only cares for around 16 rescue dogs in her home, many of them elderly 'rejects', but works tirelessly to help save many others, not to mention fostering numerous others who are inbetween homes ... she does an amazing job. I know I couldn't do it myself, but what I can do is to try and help raise some money by doing something that I am capable of doing: writing a book. Kim's Home gets some cash to help it to carry on helping dogs, and my illustrator who receives the other fifty percent in lieu of a fee upfront, gets to continue to ply her trade, so it's a win-win situation all round.
This year, for the first time, Haunting Hounds is also available as a paperback which I'm hoping will generate a few more sales. Below is a short taster ...


The Black Dog of Newgate
The area near St. Pauls Cathedral in London where the infamous Newgate Prison used to stand is the location of one of the most macabre and ghoulish of hauntings. Its origins lie back in the reign of Henry III when there was a famine in London and the prisoners locked within the prison faced the prospect of starvation. One day a scholar joined their numbers after being arrested on suspicion of sorcery; but before his case could be heard, the other ravenous inmates killed and then ate him.
Soon after, a fiery-eyed black dog with blood dripping from its mouth appeared: it ripped some of the prisoners limb from limb while others died from sheer terror at the sight of its terrifying and savage appearance. The survivors of that night of horror were so fearful that it would reappear that they mobbed and killed their gaolers and escaped: but there was to be no escaping retribution for their crime of murder and cannibalism. One by one, each of them was relentlessly hunted down and killed, after which the vengeful hound returned to the prison where it would appear the night before a death or execution took place.


When the prison was demolished in 1904 it was thought that the hauntings would stop but undeterred, the gruesome apparition has continued to be seen gliding up and down the streets. It has even been spotted crawling along the top of the wall in Amen Court, behind which stood the prison and Deadmans Walk, where executed felons were buried. As well as being sighted it has also been smelt as the manifestations are accompanied by a disgusting, stomach turning stench.

Available as paperback or ebook from Amazon ...
To buy a copy click HERE (UK)


Go on, buy a copy.
Or else.
You know you want to.
It's for a good cause.
And you wouldn't want a visit from my office assistants, would you? 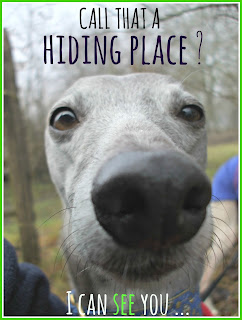 Dennis Hamley said…
Karen, I've got the ebook and it's great. By rights, I should buy the p/b as well, to show solidarity in the great Createspace project. I'll think about it!

Susan Price said…
Electrics are either a fantastic bunch - or very scared of whippets. You work it out.

Karen - wonderfully spooky post for October. You should do more of this publicity stoff.
10 October 2015 at 11:38

madwippitt said…
hahaha ... or should that be Mwaaaaaahaaaaaa .....

Thank you everyone who has bought a copy, and double thanks to those who have bought it twice! I would so like to be able to give Wendy at Kim's Home a decent little lump of dosh this year - she really is the most amazing, lovely and selfless person.

Dennis Hamley said…
I've just reviewed it on Amazon too.

Mari Biella said…
Here's hoping you sell lots of copies, Karen - it really is a great book, and all the profits will be going to a great cause, so what's not to like? I already have a copy, but I'll try to spread the word...
10 October 2015 at 17:12