By Sandra Horn - October 20, 2015
Someone once said, ‘All the best people are wired to Mars half the 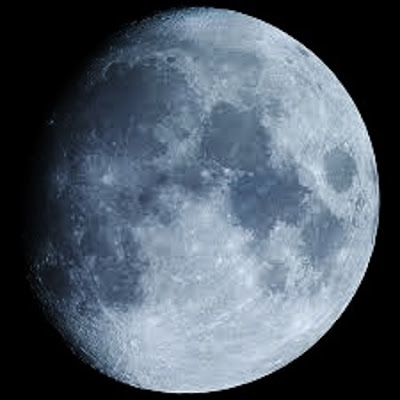 time.’
I’m wired to the Moon most of the time. Maybe it’s because I was born in Wiltshire, which makes me officially a Moonraker.
Here’s the story:
Some smugglers in darkest Wilts had received a consignment but knew that the excise Men were onto them. They wrapped the booty in oilskins, weighted it down with stones, and lowered it into the village pond. The excise Men, having failed to find anything, were still suspicious so they pretended to leave the village but lurked, hidden, nearby. At night, by the light of a full Moon, they saw the villagers come out of their houses with long-handled rakes and begin to rake the pond. ‘Aha!’ cried the Excise Men, ‘Got ‘em!’ They leaped out from their hiding-places. The villagers told them that they were trying to rescue the Moon, which had fallen into the pond. They didn’t want her to drown. Away went the Excise Men, laughing and shaking their heads at the foolish villagers.
Children love this story. ‘It wasn’t the Moon! It was an afflection!’ was one of my favourite responses.
I put part of the story into The Moon Thieves. The Moon also features in The Hob and Miss Minkin stories, it’s as thin as an elf’s eyebrow on magical Midsummer Eve; it’s gibbous and sinister at Hallowe’en.
In The Silkie, the Moon allows the Silkies to come onto the land when it pulls up the tide, and Jeannie must weave her binding spell ‘widdershins’ – the opposite way to the Moon’s course, and reverse it by walking with the Moon.
Tattybogle was happy when ‘the stars twinkled and the Moon shone.’ It’s in my poem Old Mother Moon and sets the scene for every one of Oscar the cat’s poetic adventures. Shadowhog is scared by the moonshadows in the garden. In The Dandelion Wish, the Man in the Moon runs in a three-legged race with the clown. I can’t seem to get away from it, but then I don’t want to.

Here’s another story: true, this time. There were three of us at the cottage in Dacre, which is near Ullswater. It had been a tricky day for weather. Every time we put our noses outside, big clumps of wet snow were littering down. Not the kind of day for venturing out, even though we weren’t up on the fells and in danger of getting lost for ever. We’d invited some people from the village to supper. Odd people, and, as it turned out, and quite tediously self-absorbed. They stayed late (of course) and it was well gone midnight when we saw them off the premises. By then, the sky was clear and full of stars and a huge full Moon was shining. It seemed like the right time to be out and to take the dog for a walk. Our moonshadows preceded us down the lane, crisp and clear. We stood on the bridge over the beck and watched the ink-black images of ourselves in the water. They were wavy-edged, but so sharp that even the hairs on Cider’s (the dog) tail were discernible. Memorable. Happy.
Recently, even my night-time excursions to the loo have been made joyous by the Moon. A while ago, I read an article about said night-time excursions, and the author commented that thoughts of death were an inevitable part of the 3a.m. stagger across the landing. I had to work hard NOT to think such thoughts after that – but then, one night a Supermoon was pouring its gorgeous cool blue radiance in through the bathroom window. I couldn’t see it properly through the frosted glass, so toddled downstairs and out into the garden to appreciate it fully (this was after the pee, in case you’re wondering).
No more struggling with sad thoughts; instead, I look to see where the Moon is and try to guess the time of night from its position. Even if I can’t see it, I know it’s up there somewhere.
I may be the only person on this planet who wasn’t excited by the Moon landing. Sorry. Leave it alone, I say. Don’t go walking on it, and if you absolutely must, take your blasted space junk home with you! It’s a beautiful, mystical part of our world and it has nothing we need apart from its beauty.
Thank you.

Wendy H. Jones said…
What a beautiful piece of writing to wake up to. I agree the moon is magical and somehow draws our attention. There have been some fabulous moons lately and one cannot fail to be taken by its beauty and mysticism.
20 October 2015 at 06:38

Catherine Czerkawska said…
Lovely, Sandra. And I love moon-watching too. My son's and my own favourite book when he was young was 'Can't You Sleep, Little Bear?' I still have a lump in my throat when I get to the end when Big Bear shows him the moon - the biggest lamp of all!
20 October 2015 at 10:56

Lydia Bennet said…
Yes lovely, I love the moon too, I'm happy for people to land on it but if only they could avoid littering it with junk... We are incredibly lucky to have our moon, the size of it and how it borrows sunlight to shine so beautifully. It is gradually moving further and further away from us, but very very slowly!
20 October 2015 at 11:44

glitter noir said…
Lovely post, Sandra. Never paid the moon much mind, but you've got me thinking about it. And I do plan to start moon-watching. With hopes The Exercise--I mean the Excise--Men don't get me.
25 October 2015 at 00:31