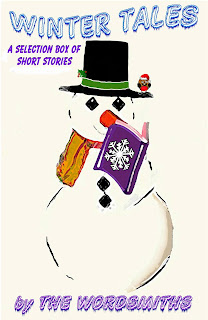 For quite a few years now I've been running writing workshops and classes for adult who are just starting out on their writing careers. Almost two years ago, I started a new six week course called Focus on Fiction with eight or nine people on the course.

All went well – in fact it went so well, that at the end of those six weeks, no one wanted to say goodbye. Friendships had been forged and Monday night's class was something they enjoyed. They asked if I'd keep running the classes and so I did. A six week course turning into a 20 month course!

It's just brilliant to see novice writers coming on in leaps and bounds, and I'm so proud of my bunch, who are now seeing the fruits of their labours, with various writing successes. Over that time a few people have dropped out and others have joined, so it's always fresh and we never run out of things to write about – nor topics to teach. 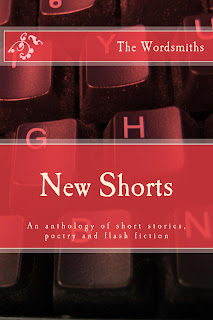 We've now put together two anthologies of our work, Winter Tales and New Shorts. For these we call ourselves The Wordsmiths. Putting the anthologies together was quite a learning curve for me and the class, as everyone had a copy to proof read and edit; and we dedicated one class session to the subject of 'Making an ebook'.

We're now starting to get together a new compilation of stories, poems and articles for a third anthology. But of course with my group looking to submit their work to magazines, it doesn't leave so much for putting into an anthology. So we deliberately pick a random 'genre' out of a hat, and write that kind of story especially for the anthology. Amazingly it produces some excellent stories, and people have been quite astounded that they've written in that particular genre.

They're such a great bunch of people, that Monday evening are lots of fun, and we have special evenings such as a Halloween themed night and a special Christmas meeting, with stories – and food to suit.

Four weeks ago, we started another course – this being a 12 week course called Writing for Love & Money, and the group are sticking with me, with another new member joining us. The 12 weeks will end round about Christmas, but hopefully, 2016 will see us all still together.

Anyone else running writing classes - and having fun doing them?

Lydia Bennet said…
Good to hear your course was so successful, clearly you inspired them and made friends while doing it! Good luck to the Wordsmiths!
13 October 2015 at 11:17