An Obsession with Snow by Elizabeth Kay

What is it about snow? Is it the fact that it changes your winter world overnight, from something grubby and grey to this amazingly beautiful white extravaganza? That the noise levels go down, as falling snow muffles the air and lying snow deadens surfaces underfoot? Or the chaos that ensues over here in the UK (the buses still run to the second in Tromso) and a reminder that we’re not nearly as in control of the natural world as we’d like to think? I’ve always loved the stuff, and a winter without any, such as 2014/15, left me with the feeling that a year hadn’t really passed.
I’m a hopeless skier, but I’ve enjoyed the little I’ve done. I always enjoyed using the sledge my dad made me when I was a kid, and the few times I’ve managed to have a snowy holiday abroad have been magical. But, much as my nine fruitless attempts to see a leopard, my search for snow has frequently been doomed to failure. I tried this winter – but the ski resort Zakopane in Poland was as warm as it was over here. That’s the second time that’s happened to me there. I did manage it on three other occasions, though – once in 1965, again in 1998, and just for a day in 2009. My other attempts have been in Iceland (no Northern Lights) and Norway (the minimum on the last day). But Iceland was wonderful – and I used my experiences there and elsewhere in two books, Jinx on the

Divide and Ice Feathers. Snowy scenarios are good, because you need to use touch and hearing almost as much as the sense of sight – The blizzard, when it rushed out of the darkness like a white-cloaked warrior, was the worst she’d ever experienced. As the wind wailed between the rocks, making ghastly music, she realised she’d heard the sound before.
The architecture of Zakopane in Poland came in very useful too, with its sloping roofs designed to repel huge weights of snow!
In my fantasy novel Jinx on the Divide, our hero Felix and his friend Betony have returned to the world on the other side of The Divide, and Felix has found himself in an unfamiliar location.

Felix was aware that he was shivering before he was aware of anything else. He opened his eyes, and sat up. He realised he was sitting on snow, so he got to his feet. Everything was pearly grey and misty, as though he’d found himself in the middle of a cloud. Presumably they were on the Andrian Divide, somewhere above the snowline, but it was impossible to see any detail and therefore impossible to recognize any landmarks.
It was getting dark – and it was bitterly, achingly, lung-crushingly cold. He hugged himself to keep warm, and blew into his hands. His breath swirled out like puffs of dragon-smoke, dense and white. He’d put on his warmest parka, but it was about as effective as a plastic bag…
…They started to walk away from the square, but although they saw lamplight in the windows and heard the occasional low buzz of voices they saw no one. Night was falling fast; the cloud had gone, and the sky was spangled with stars. It was colder than ever.

The houses in the village (Welcome to Vattan, supplier of fish to the aristocracy) were made of logs, and they had steeply sloping roofs that were iced with snow. All the window-frames and the balcony rails were carved and painted, and glittery with frost. There were sleighs parked outside the houses, the way that cars would have been in Felix’s world, and some of them had lanterns fixed to the handrails. It wasn’t a big village; Felix could see that the houses were petering out – before long the road would be winding between fields and woods... 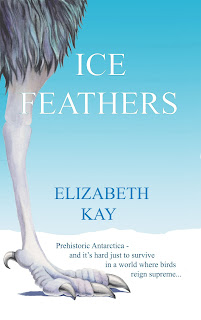 the setting is all ice and snow. The Piri Reis map, drawn on gazelle skin in 1513, suggests that the coast of Antarctica may have been ice-free in relatively recent times. Although this is disputed, I took it as a starting point and depicted a land that could once have existed. Any evidence of an earlier civilization would now be buried beneath the ice. I chose to populate this place with the prehistoric fauna of New Zealand, where every available evolutionary niche was filled by birds. Phorusrhacos once roamed South America, the other land mass close to Antarctica, and the terror-cranes that the characters ride are based on these birds.

I’m still hoping for a snowy Christmas another year. But the chances of getting one here in the UK seem to be getting increasingly remote! 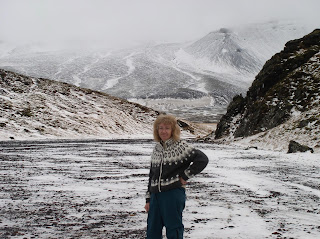 Mari Biella said…
I love snow too - for the curious silence it brings, for the way it can make even the most mundane places look magical, for its sheer beauty. (Admittedly, all that beauty and magic fade when you're trying to get to work in the stuff.) I'm still waiting for a White Christmas, which would be delightful! But getting any snow at all over winter seems increasingly unlikely these days...
17 March 2016 at 08:06

Wendy H. Jones said…
Snow is somewhat magical, I have to agree. You could usually count on getting snow in Scotland and the slopes at Aviemore and Glenshee were always packed. However, they ah e and very little snow in recent years. I admire your perseverance
17 March 2016 at 08:44

Lydia Bennet said…
I love the snow too, though I live in the north east, i'm very near the sea and that seems to keep snow away- we did have a magical white Christmas in 2010, very rare, a day spent sledging down a big hill with a stream at the foot of it. It does change how we perceive things, as you say, and creates a wonderful atmosphere for stories.
17 March 2016 at 22:25