Last Saturday I was invited back to my university college to take part in a fascinating Literary Archive Day discussing children's literature, inspired by the Rogers Collection, a wonderful treasure trove of children's books donated to Newnham College in the late nineteenth century. No other college library in Cambridge – or Oxford, I believe, though someone will probably put me right – has anything to match this. What better reason to gather together a bunch of Newnhamite children's authors?

Christina Hardyment and Caroline Lawrence gave superb talks on Arthur Ransome and Mythic Tropes in Children’s Fiction respectively, while I made up a panel with Mary Hoffman and Sue Limb to discuss how children's writing has changed over the last few decades. An excellent opening speech from Dr Gill Sutherland ('A child who does not feel wonder is merely an inlet for apple pie') gave us plenty to, um, chew over, but one phrase in particular bothered me so much I’ve been thinking about it ever since. Dr Sutherland quoted those authorities on children’s literature, Mary Cadogan and Patricia Craig, who talk about ‘the sense of moral obligation, which governs all writing for children’.

Now, I have no problem with children's books having a moral framework, indeed it's quite hard to write one without. The main characters should feel like real people with strengths and weaknesses; for the story to be satisfying, they need to develop, to be affected by the things that happen to them, just as they would be in real life. They learn from their mistakes, they come through trials and are stronger for it. This works for much adult fiction too.  But - a sense of moral obligation governing all writing for children?

No. The moment the message is put above everything else - plot, character, structure, credibility - any hope of a decent story is lost.  Preaching about current moral issues - discrimination, inclusiveness, immigration - is no more appealing to present day children than such 'improving' books as Eric, or Little by Little, can have been to Victorian ones (though perhaps brought up with less choice and more rules, Victorian children endured such works with greater stoicism). If you want to extend your readers’ understanding and sympathy, bind themes you care about tightly into your story. But the story must come first.

Nor was that all. Cadogan and Craig went on to lament that this sense of moral obligation 'has acquired a new bias. It used to entail keeping your stories as anodyne as possible; now, if anything, the opposite holds true. Painful topics have become virtually de rigeur.'

This statement opens up so many issues I scarcely know where to begin.  First, did writers really seek to keep their stories anodyne, eschewing all painful topics?  Not E Nesbit, who has one of the Wouldbegoods become dangerously ill when his siblings make him catch cold so they can try out their homemade medicine on him. 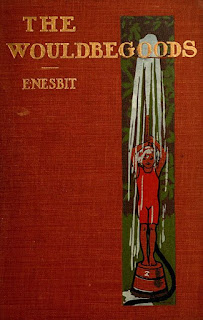 Not F Hodgson Burnett, whose Little Princess suffers cruelty and deprivation at the hands of the mercenary adults entrusted with her care. Not C S Lewis, portraying the sick mother in The Magician's Nephew, or the heroes of The Last Battle being overwhelmed by tyranny and treachery. 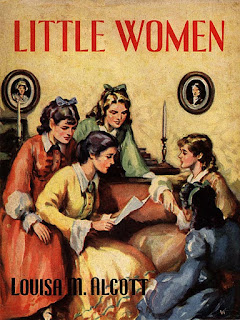 In fact, something much more interesting has happened. Themes that were judged acceptable in the works of earlier children's writers would cause outrage now. What exactly is 'anodyne' about Jo March's pet bird being allowed to starve to death - with her mother's knowledge - in order for all the Little Women to learn a lesson about responsibility?
Or take one of my all time favourite children's books, The Log of the Ark by Kenneth Walker and Geoffrey Boumphrey: a delightfully warm, hilarious account of the Great Flood in which, unbeknownst to Noah, an evil animal slinks on board, corrupting the gentleness of the other beasts and ensuring the weaker ones go to the wall. I can't see this great classic being reprinted in today's climate - or ever. Much too painful for 9 year-olds to read.

In other words, good writing for children has never been anodyne. The books that have endured and become classics didn't shirk difficult topics, indeed only by presenting moral conflict realistically at the heart of a gripping story can authors engage the reader, allowing him or her to absorb any ‘lessons’ without realising it.  No adult wants to read an anodyne novel; why on earth should a child?

Of course there was no time to say all this on Saturday. Instead, Sue, Mary, our skilful chairman, Anne Rooney and I thunderously agreed to disagree with Cadogan and Craig, using their views as a jumping off point for much fascinating discussion of subject matter, structures of myth and traditional tales, the rise of Young Adult books and who reads them – all of which will have to wait for another post.

And speaking of YA, did you, like me, assume that the offending statement came in the last year or so, in the wake of so many children’s book awards given to stories whose themes number war, dystopia, terminal illness, cruelty, incarceration, torture and violence, all graphically described?

Nope. They were talking about the 1970s.

julia jones said…
but - look at the sort of fiction studied by Cadogan and Craig "You're a Brick Angela" Richmal Compton, Frank Richards, Lady Molly of Scotland Yard - etc etc . I may be wrong but I have frequently found their books somewhat disappointing and dull though undeniably useful and a Good Thing. I hope Newnham College has a copy of My Mate Shofiq (1978) - that great novel on racism by our own dear Jan Needle which frequently got him banned ..

Anonymous said…
I'm ashamed to say I hadn't even heard of them before this event. I can imagine their contribution would be useful in some way but still extraordinary how they manage to miss the point of children's (and all) fiction so completely. I don't know if Newnham has a copy of My Mate Shofiq - the college clearly should have, by the sound of it! Will look it up. Thank you for commenting!
2 March 2017 at 22:14

madwippitt said…
Gosh. Food for thought. Made me think back to all the books I gobbled up as a child. It was definitely plot and character for me; and above all, escapism. If there were any morals to be acquired from my reading matter then I think they either escaped my notice or secretly attached themselves and are still waiting to be noticed :-) Kids will read what they like, not what adults think is good for them.
3 March 2017 at 07:51

Anonymous said…
Spot on - the urge to be didactic must be resisted (and is unworthy of any genuine writer who cares about producing a decent work). It reminds me of that wonderful Saki short story about the little girl who gained so many medals for virtuous behaviour that when a wolf came they weighed her down, preventing her from escaping. That's more like it!
6 March 2017 at 10:35