My latest book, ‘Incident on the Line’ is now published in paperback and as an eBook / iBook on Amazon, so what comes next?

Starting again, a new novel, and, as before, all the questions and worries crop up. It began with a scene, an image so clear in my head that it transposed into words with relative ease. What has happened and how it will reverberate into a story is clear. I know the reason who did what to whom and why. I have an outline of a plot.
The characters are coming alive, they’re doing what they want, taking me to places, with thoughts and conversations I hadn't originally envisaged. Apart from the old problem of lacking confidence, fear that I cannot do this, and how do I stay focused and calm to keep writing, I am excited.
This is a love story which should not have happened. It will not be a romance though; happy endings seldom convince me. Even in Jane Austen’s ‘Mansfield Park’ which I’ve recently been rereading, our great novelist does not give much time for the lovers to come together, it’s all rather cursory. The reader is not offered that final love scene and is left with a nasty feeling that our heroine, Fanny, sweet, frail girl that she is, will die during her first pregnancy and childbirth. 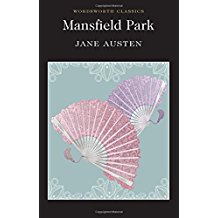 The ‘how it came about’, the consequences for those involved, are what I’m writing about.The tale has broadened out; there are more characters involved; they keep popping up. I begin to worry; this must not become a family saga.
There are family sagas which I would commend. ‘A Spool of Blue Thread’ by Anne Tyler cleverly takes us forward and back as well as exploring each character in some detail. Its main success for me was when, half way through, it jumps back in time, away from the woman who you have believed is the central character. It was unexpected and, with this knowledge, it added another layer to all the characters you already thought you knew.
The lesson here is that more than one central character can work. 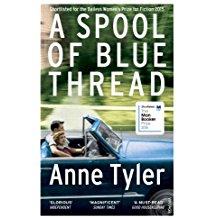 Anne Enright’s ‘The Green Road’ was another revelation. Set in Ireland, the mother is the main protagonist. Her bitterness and influence on her four children is the main focus for the novel. Each of those characters’ lives are given equal value though, a separate chapter where the reader meets and gets to know them before we see them sparring off each other. The chapter on Dan, the eldest, tells us about the gay community in New York during the initial Aids epidemic. Our sympathies are allowed to lie with these people and their situation. As if we have short stories of separate people embedded and linked.
Strong supporting characters, or more than one protagonist, works. 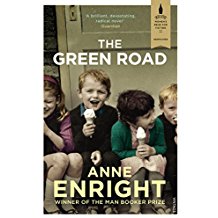 As you would expect, my new novel is all becoming much more complicated. The initial scene is set in this year, 2016. Then it goes back to 1938 and on, with references to characters’ lives before the 1st World War.
These time shifts will need careful handling. ‘All the Light We Cannot See’ by Anthony Doerr is a marvellous example of this technique. The novel starts in St Malo in 1944, goes back to 1937 and on, though frequently switches back to the situation during the beginning of the retaking of the city. It is clearly signposted and keeps the reader on tenterhooks.
Can I aim for the techniques of a Pulitzer Prize winning novel? Yes, isn’t that what we are always attempting? 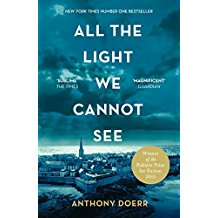 My main fear is authenticity, the amount of research required for me to feel secure. The image of the iceberg comes to mind, the amount unseen below in comparison to that small peak appearing above the water. To make the reader believe they are there with those people, in that place, at that time.
Is it worth a whole project? Ought I to be doing something else? There are those half finished poems, short stories which I want to complete. I understand Sebastian Barry talking about ‘the hunger to write’ when we are involved in other tasks. So I ought to finish this blog. Make a plan, a schedule, that’s the answer. Perhaps I’ll start on that first.
Authors Electric Blog Guest post getting started Incident on the Line Jane Austen literary fiction plotting research self-publishing Valerie Bird writing

Umberto Tosi said…
I admire you for getting right to your next novel with such clarity. To me it reads as a caveat against muddling about after finishing a project - something I'm always tempted to do, paying a high price in lost momentum. So many ideas, so little time. It's difficult to prioritize, but you seem to be doing so with dispatch. Good luck with your current and future writing.
31 March 2017 at 01:24