Never Throw Anything Away, by Elizabeth Kay

In the olden days (when I started writing) paper accumulated like snowdrifts on shelves, in corners, on table-tops and work surfaces. Those of us who went to college had no office training whatsoever, and filing was something you did to your nails. Typing up handwritten copy was time-consuming and fraught with mistakes which had to be Tippexed over, as none of us could touch-type. Everything had to be carbon copied, and manuscripts frequently got mislaid or completely lost. It’s so different now. You can save draft after draft (as long as you remember to name them correctly) and the storage capacity of a home computer or laptop exceeds any amount of shelving that Ikea can fit into a home office. You can change the name of a character throughout a book with just a few key-strokes. And you should hang on to all these drafts, as cyberspace is searchable and flicking through page after page after page to find that one paragraph is a thing of the past. So why should you turn into a virtual hoarder? 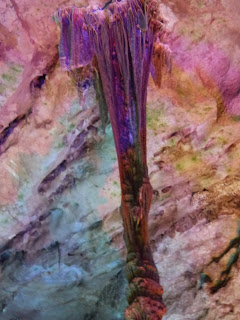 There are basically two reasons. The first is that longer the piece, the more likely you are to want to change something, or reinstate something you discarded. A character you decided was redundant may turn out to be just the person you need after all. That scene halfway up the mountain with the mist closing in may come in useful as Rodney reminisces about his past and why he’s scared of heights and can’t rescue the hero who is trapped halfway up a skyscraper on a narrow ledge. The description of stalactites – of which you were so proud – may turn up in a painting on a Helen’s wall, and Angelina’s Alsatian may evolve into the wolf that terrorises a Russian village. These are the small things you shouldn’t throw away.

The second category is much broader, and more important, and is about ideas rather than a specific piece of writing. We all occasionally – some of us frequently – have ideas that rocket along for a bit, and then fizzle out. There may seem to be absolutely nothing to do with them other than to throw them away – don’t. Their use may be years away, or it may never come at all, but when it does it can revolutionise another piece  of work.  In April 1950 Raymond Chandler published an essay called The Simple Art of Murder in which he discussed the need for continual action in flagging plots. What he said was: When in doubt have a man come through a door with a gun in his hand. A random element such as this can kick-start a failing narrative, and that may be the case with your plot that didn’t go anywhere. It can go like the clappers in a totally new environment.
I spent several years trying to write an adult book about the alleged abuses of the pharmaceutical industry in the third world at that time. I researched it as thoroughly as I could, and tried to use lucid dreaming as a vehicle. It was a total no-go, as other people’s dreams are usually of interest only to themselves, and dreamscapes are not like real life at all. They lack background. You can’t turn around and see what’s behind you, and a lot of sensory impressions simply aren’t there. And underlying all this is the knowledge that however dramatic the action, it isn’t really happening. Your protagonist is asleep. I dropped the idea with some reluctance, and got going on something else. In fact, I all but forgot about it for several years. 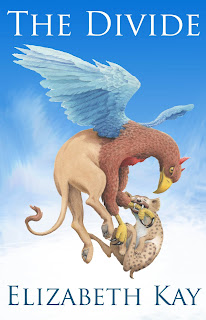 I started writing The Divide when I was going through a bad patch. I tried to write a gritty kitchen sink drama, reflecting what was going on in my own life, but it just made me feel worse. I realised that what I needed was a bit of total escapism, and fantasy was ideal. As this was a cold-blooded decision I started off by picturing the most magical setting I had ever visited, and this was the cloud forest in Monteverde in Costa Rica. The highest point in the national park there is the continental divide, where the water either goes into the Pacific or the Atlantic, depending on which side of the ridge the raindrop lands. This looked like a good place to start, and as I wanted a pseudo-scientific reason for my hero, Felix, to cross into another world, I hit on the idea of him straddling the divide so that by sheer chance the tug of both oceans was absolutely equal, which shot him off into another dimension altogether. It then occurred to me that because the continental divide is marked out on the ground, everyone who visited it straddled it at some point. I needed a pause, so I chose the length of a heartbeat. But unless Felix’s heart stopped beating, he would never remain equally divided so he had to die, and then be resuscitated by the shock of the experience. This then meant he needed to have a terminal condition, which was why he and his parents had gone on the holiday of a lifetime, as it was likely to be Felix’s last. 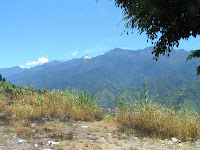 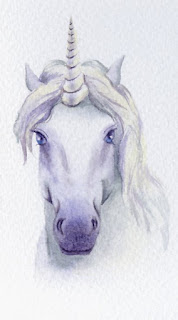 Hooray! I’d got him there, and I could people this world with all my favourite mythical beasts. I liked the concept of a mirror world, so I made all our mythical beasts their real ones, and all our real creatures their mythical ones. Hence, the moment Felix turns up in this world he is a mythical being, and before long someone decides to make capital out of this. I had science itself as a myth, and magic as the operative force. And lo and behold, Felix suddenly had two quests. How was he going to get back home, and was there a magical cure for his condition?
I didn’t want my baddies to be part of some mysterious dark force – my target was multinationals. I suddenly realised that at last I had a vehicle for the topic I had been trying to write for years. My antagonist became Snakeweed, a pixie who is attempting to create the first multinational in this unspoiled world by buying up all the spells and potions from villagers, and selling them on – untested – at inflated prices.
I never would have believed that this most serious of subjects would find a home in a children’s book, but it did. Don’t throw anything away. You never know what might happen…
Authors Electric Blog continental divide Costa Rica elizabeth kay mirror world Monteverde multinationals stalactites Tippex

Wendy H. Jones said…
I loved this post. The insight 8nto how you developed your book was both fascinating and helpful. Great advice about keeping everything
17 March 2017 at 06:26