By JD Peterson - April 18, 2018
While perusing the hallowed website of Amazon for an Edith Wharton book; ”The Age of Innocence”, I’m struck by how many different versions of the novel have been published. Some are revised additions, some have footnotes, but most all present different covers. I find it interesting that traditional publishers frequently change the covers on publications.
This fact is not lost on me  – or you, I’m sure. We’re taught to ‘not judge a book by its cover’, but clearly when it comes to book marketing that is exactly what we do. Myself included. None know that fact better than the indie author, struggling to get noticed in a sea of novels.
So, taking a note from traditional publishers, I gave serious consideration to the idea of new cover art to accompany a re-launch for the AMERICAN GILT novel trilogy. That is not to say I don’t like the original covers – I do. Very much. My graphic designer went for a timeless, classy look, and I think we succeeded in achieving that goal. All three covers work great together with the use of historical photographs. But, the bottom line is… well, the bottom line. Sales are in a slump, although those that have read book one, go on to read all three books, sometimes in as little as a week’s time. (Getting fans of the novels to leave a review is quite another topic.)

After much pondering and debate, I decided to move ahead with new covers designs. Part of me feels as though I’m abandoning some aspect of the original publication. A visit to Amazon reminds me that traditional publishers have no problem putting out new versions of books – and if it’s good enough for them, then it is good enough for me!

Referencing the idiom "every picture tells a story", Cambridge dictionary  says it is "said when what has really happened in a situation is clear because of the way that someone or something looks."
Once again I am reminded that in our world, looks are everything! The goal is to catch the eye of new, prospective readers (who are most probably looking at a tiny thumbnail version of the cover.) I have been working for several months going through photos and rewriting the cover text. In spite of the countless times I have rewritten the text, I never seem to be satisfied with the final draft! The project is challenging because it is a trilogy – so artwork, photos, text etc. must be done three times, while remaining cohesive and, most of all, enticing. My small team of trusted helpers are great sounding-boards for ideas and opinions, yet I am consistently second-guessing decisions.

The new covers are shaping up, but not without some original angst regarding the process. Stock photos felt like they were ‘cheapening’ a project I had worked long and hard to complete. I had to stop the designer’s work for over a month to reassess my ‘vision’. I’m glad I did because now the project is going much better.
And now – I’m getting excited!
With the experience I gained through the work of the original publication, I’m now making plans for various promotions to re-launch the trilogy. All of this while working on a new novel. (It seems we authors are great at juggling multiple projects at one time!)

Hopefully, the re-launch will be ready in a month. The initial response to those involved in the project has been very positive. As I work to complete the cover for book two, I look forward to gaining new notice for a true story from the past. And we shall once again reaffirm that readers do indeed judge a book by its cover! 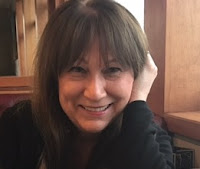 Umberto Tosi said…
Thanks for sharing your observations here. I'm considering reissuing a couple of my own works and find this encouraging. Fresh images re-frame and renew whatever we present, whether a book, a product or an idea. As you point out, traditional publishers have done this over and over for good reasons. We writers sometimes tend to undervalue the power of images in favor of words. Good luck with your re-launch!
18 April 2018 at 11:37