Stock images are something we are used to. Images from magazines and advertising hoardings have been presenting us with images of this and that for centuries.
The representations in art are a subject all of their own and their roots stretch back as far as the first paintings etched into a cave wall. Yet the word ‘Symbolism’ was first coined in 1886 by the writers Gustave Kahn and Jean Moréas, and is something much discussed in the arts.
In recent times, however, symbolism is often misused where ‘Stereotype’-  a word first adopted in the printing trade in around 1798 by Firmin Didot to describe a printing plate that duplicated any image - would be more accurate.
Symbolism and stereotypes often appear to be interchangeable in advertising and have taken on a whole new level in the printed word. Something we need to be aware of as writers. 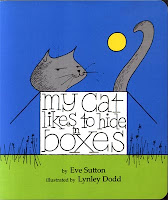 In simple terms, take cats for example. Even before the internet full of clips showing feline antics with boxes, we have been fed images of cats curled up in any receptacle they can find.  And the commonly held fallacy is that if you put a box down a cat cannot resist the temptation to dive into it. There are several children’s books that promote this myth. My Cat Likes to Hide In Boxes by Eve Sutton and Cat in a Box by Jo Williamson to name just two.
Yet I have three cats, all of whom ignore and refuse to conform to that stereotype. (I tell myself this is because they are cats; which is a stereotype in itself.)
How often do we hear that old saw of ‘judging a book by its cover’? The skull for horror, gun for crime, pink for romance etc. Yes the symbolism is a very handy tool but when does it become a stereotype? Or, dare I say it, cliché? 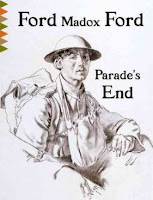 Covers aside, that use of stereotype often creeps into the writing itself with shorthand descriptions such as; ‘she was mumsy’ or ‘he had a military bearing’.  Obviously there are books and films that are all about turning those precise images on their heads. In Shirley Valentine   by Willy Russell a middle-aged couple book a holiday on a Greek island,  but when the husband decides against it Shirley throws aside expectations of a wife and travels alone; finding personal fulfilment in the process. Conversely Parade’s End by Ford Madox Ford portrays a man struggling to maintain his image as ‘lord of the manor’ before the Great War, a life that is subsequently changed despite all he can do; symbolic of how the Great War changed the entire world.
Symbolism is rife in both, and also stereotypes in the ‘mumsy’ Shirley Valentine and ‘traditionalist’ Christopher Tietjens. In both cases the stereotyping is a part of that symbolism as they undergo metamorphosis against their own expectations.
In many books, however, the use of stereotypes veers dangerously into cliché. Do all builders ‘whistle merrily’? Do all young women drink Chardonnay and obsess about shoes?
I am rambling a little as my mind leaps from one aspect to another but my point (and there is one – honestly) is that it is so easy to sketch out a character and their actions in simplistic terms in order to portray something we view as important; and so much harder to fill our pages with well-observed people in realistic settings within original plots.
There are times when I know I have been guilty of using the odd stereotype. It’s almost unavoidable when I am writing in the well-trodden path of Golden Era Crime. Readers have expectations and they are the final judges when all is said and done, yet originality is still something to strive for. I can only try.
***

Other Jan Edwards titles in print (all available in print and eformats) Fables and Fabrications;  Sussex Tales;  Leinster Gardens and Other Subtleties

Umberto Tosi said…
Makes me think: When does a stereotype become a powerful mime? You provide lots to consider here. One thing I'm getting here is that it helps to be familiar with symbols, tropes, memes and stereotype if one wants to avoid stepping in one unintentionally.
19 April 2018 at 23:34

janedwards said…
Indeed. You see it a great deal in short SF and horror fiction written by people who don't regularly read the genre.