Writing, mental health and being scammed - a personal view... by Rosalie Warren


If you had the choice, would you like to be someone else? Perhaps yourself in different circumstances, perhaps yourself with a few minor changes (improvements?), or perhaps an entirely different person? We probably can’t do a great deal to change our essential ‘inner’ selves, which are, of course, formed from an intractable mixture of genetics, upbringing and life experience. Many of us have at one time believed that a new start of some form (new home, new job, new partner…) would enable us to become someone different and probably better, and then been disappointed a few months or years down the line to realise that we are, essentially, stuck with ourselves for life. I’m not saying we shouldn’t sometimes try to change and look for healing and new starts, and I’m sure these sometimes work, but the changes aren’t always as profound as we might have hoped.

I think I eventually accepted about ten years ago that I was permanently stuck with many of the characteristics that, for better or worse, make me me. I’ll never be happy, for example, unless I’m writing something, no matter whether I find an audience for it or not. I’m happiest by the sea and I’ve managed to organise my life, at least for now, so that I spend about a third of it on the Yorkshire coast. I’ve realised that I need quite a lot of time alone and, while I love spending time with family and friends, I deal with people much better in small numbers.

I’ve also had to accept – and this has not been easy – that for some reason I am prone to bouts of depression and will always need to be vigilant for the early signs and start taking medication in good time. Thankfully, my prescribed medication works for me, though I know it’s not as simple as that for many people. It has the disadvantage of increasing my appetite and making me put on weight, but I’ve had to accept, too, that being a bit overweight (I do take plenty of exercise) is a small price to pay for a happy, healthy mind.

There does seem to be a deep connection between being a writer (or perhaps, more generally, a creative, artistic person) and having problems with mental health. Of course, there are many exceptions both ways round, and I’m not sure how robust the connection is in statistical terms, but anecdotally, at least, there seems to be a strong association (which is not to say, of course, that either thing causes the other). It’s easy to speculate why this might be. Many have suggested that it has something to do with a propensity to empathise with others and share their suffering, and also a tendency to analyse everything, including one’s own past behaviour and mistakes. Writers of fiction are interested in people, and the closest object of study is, of course, ourselves. There can be a fine line between self-analysis, self-criticism and the scathing self-hatred that many people experience when depressed. Sometimes it’s much easier to forgive other people than it is ourselves. When I’m depressed, my brain becomes an expert at digging out old stuff from years and years ago that I’d almost forgotten, and playing out the things I did wrong in excruciating detail, often in the middle of the night when I’m most vulnerable. It’s hardly surprising that, after a sleepless night of this stuff, one does not feel capable of functioning in the present day. It’s truly horrible.

I’m sorry this post has become rather dark, but I’ve been meaning to write about mental health here for some time and I hope this will help to raise awareness without making anyone feel bad.

Another thing I’d like to change about myself is my tendency to people-please up to a certain point and then, when I see it’s gone too far, to ‘turn’. I try these days to catch myself being a doormat at an earlier stage and put things right, but I had a cautionary experience recently that showed me I’m not there yet. You know the friends you make on the internet, the ones you rarely or never actually meet? I was recently scammed (I don’t think that’s too strong a word) by one of these. I was taken for a ride by a person who claimed she could not afford to live and eat and had no relatives or friends to help her. I gave small amounts of money (I know, I know…) and supported this person in quite a few practical ways too, because, I suppose, of the empathy I felt towards her. Stupid me. At some point I must have ceased to be ‘useful’ – or perhaps I overstepped some mark by daring to make a gentle suggestion about one of her beliefs, which I felt was doing her no good. Anyway, she dropped me with a loud clang and I’m still reeling.

I’m not sure why it hurt so much. I have plenty of real friends and loved ones. I suppose I’m partly ashamed of being taken in. How deliberate it all was on her part I don’t know and I really don’t want to know. My pride has been hurt and I feel silly and ashamed, almost as though I’ve been financially scammed, which I suppose in a small way I was. I’m partly writing this to warn my AE colleagues – please don’t be taken in by anything like this yourselves. But it strikes me that the writerly soul may be particularly vulnerable to this kind of thing too, because of the tendency to empathy I mentioned above and because writers, generally, are nice people. (The fact that my scammer was a writer challenges this generalisation!)

Anyway, I’m a little bit wiser for the experience, which all goes to show that you’re never too old to learn. I’m more cynical too, which perhaps is sad.

I’m not sure how to sum up, so I’ll simply stumble to a halt and wish you well with writing, life, and getting along with yourself, which so many of us seem to find a struggle. For me, reading and writing about other people both offer a wonderful escape from this difficult creature I call ‘me’, as do the night sky and the sea. I hope you have some good ways of escaping, if you need them, too. 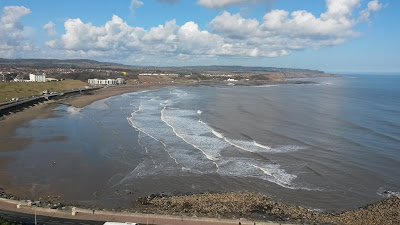 What a brave, honest post! I think the upside of what you rightly identify as a writer’s propensity to over-empathise and get hurt, is that we are, generally speaking, more self-aware and a lot less self-obsessed than non writers. That’s not a given - I have met some boring, self-promoters among writers - but I do find there are less of them than in the general public. Well done, you, for being so self aware and open about how you manage the mind of a writer.

I recognise and agree with most of what you say, Ros, but the difference with me is that I'm lucky enough not to suffer from depression. My past 'misjudgements' always embarrass rather than depress me, but I have friends who are sufferers so I know how awful it is and always wish I could do more to help them drag themselves up out of it. I hope that any of the AE team who are victims are confident that this is a safe place and that the rest of us may not offer a cure, but we can listen sympathetically.

Thanks, Fran. I'm sure you're right, and that's a much more positive aspect of the whole thing.

And thanks, Bill. I'm very glad you don't suffer from depression yourself, but I'm sure your friends appreciate your willingness to try to understand and help, even if you don't feel you can do very much. You are probably helping much more than you know, just by being there beside them.

I've been down those rabbit holes often myself. Wherever we go there we are, but we should believe Old Man Depression telling us we should be someplace else and someone else. I salute the courage of your candor, which in itself proves imagined critics wrong. As for the person you helps - the fault is on her for overstepping, not on you for generosity and compassion. Better to be a compassionate whole human being who gets scammed once in a while than a shut down cynic who hides from life. Never be ashamed of being the good person that you are. The plus side of being a compassionate and fully engaged human being far outweighs the occasional, unavoidable cow pie. I don't mean to lecture, simply to applaud. Keep calm and write on!

Thanks, Umberto, for your kind and understanding words.