By Katherine Roberts - May 21, 2018
Historical fiction. Guaranteed to make children's publishers nervous, unless it's about World War II, the Roman Empire or Ancient Egypt - in other words unless it's on the school curriculum. Adult publishers take a broader view, but there are still branches of historical fiction that sell better than others (romance, epic adventure) and periods of history that are more popular than others. For me as a reader, the most successful historical fiction takes an interesting period of history and gives it a fictional twist. While I admire accurate historical background and detail, the last thing I want in my fiction is a history lesson - when I need that, I'll read non-fiction instead. So here are some tricks for turning history into successful fiction:

1. If your hero or heroine is a well-known historical character, you could tell the little-known story of their youth or teenage years. This is the approach I took in Bone Music, my novel about the teenage years of Genghis Khan based on The Secret History of the Mongols. I also threw in a bit of fantasy and paranormal romance for luck.

2. Take a well-known incident in history, and include (or tell the whole story) from the point of view of a fictional character so that the reader has someone to root for but doesn't know the outcome until the end. This is the basis of the 1997 film Titanic, where the hero Jack wins his ticket on the doomed liner's maiden voyage in a game of poker just five minutes before the Titanic is due to sail so is not on the official passenger list, which means you don't know if he survives until the very end. The film is also a romance, which always helps in fiction destined for the YA or adult market.

3. Making a minor historical character into one of your main characters can work nearly as well, since your readers are unlikely to know much about their story already, although then you might be constrained by what actually happens to that character in history, and in my experience real life never quite fits into the plot of a good story. To get around this, you could take an animal's viewpoint of history, such as Michael Morpurgo's popular War Horse about World War I.

4. Rewrite history from the point of view of the losing side. This is not really cheating, since most of history is written (and sometimes rewritten) by the victors - for example, when I was researching my own horse viewpoint novel about Alexander the Great I am the Great Horse, I discovered Alexander employed an official historian to travel with his army and write his story. At first, when Alexander was acting like a young hero, things were fine - later, when he turned into more of a tyrant, the reluctant historian was locked in a cage and threatened with torture unless he wrote exactly what Alexander wanted him to write. Digging up the truth of what actually happened can reveal some interesting characters and plot lines, but the research is likely to be more difficult, and there's always the danger readers who know the popular version of history will gleefully write to tell you you've got it all wrong.

5. Add an element of fantasy to the history, which is a popular approach in children's historical fiction. My Seven Fabulous Wonders series mixed history with magical creatures from ancient Greek and Egyptian myths to create a seven-book historical series for teenagers based around the Seven Wonders of the Ancient World. 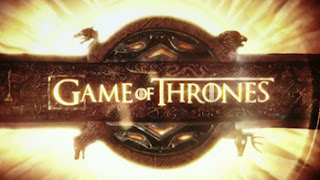 Or you could take this approach even further and disguise the history entirely, as in the hit TV series Game of Thrones from George RR Martin's A Song of Ice and Fire, which is based on the Wars of the Roses but marketed firmly as fantasy.

6. Legends lurk in the mist between history and fantasy (King Arthur and Robin Hood are popular here in the UK) and can give you more wriggle room to invent magical creatures and characters. Because they're not really history, you shouldn't get the historians on your neck, but the danger is that younger readers might actually think your story really is history, as happened when I gave talks in schools for my series of middle grade adventures about King Arthur's fictional daughter, Rhianna Pendragon: The Pendragon Legacy

In a similar manner, Rick Riordan took the Ancient Greek myths as a basis for his Percy Jackson series, setting his stories in modern times and only touching on the history. Revealingly, rather like Game of Thrones, Riordan's series has been far more commercially successful than my Seven Fabulous Wonders with their carefully researched historical backgrounds... you live and learn.

7. Finally, you could go the full science fictional route into alternative history, which takes a pivotal point in history and imagines what the world would be like today if the result had been different. For example, what would our lives be like if Germany had won the Second World War? (Robert Harris' Fatherland). Or what if the Roman Empire had not collapsed and ruled in Britain today? (Alison Morton's Roma Nova series).

There are many other examples. Please add your favourite historical fiction - book or film - to the comments below!

Find out more about Katherine's historical and fantasy fiction for young readers on her website www.katherineroberts.co.uk

Umberto Tosi said…
Thanks for this post - of special interest to me. One of my granddaughters loves "Bone Music" which I gave her as a birthday gift. I relish writing historical fiction, especially the research - not necessarily in the conventional sense. I immersed myself - to nearly drowning - in the Elizabethan and European, early modern era research for "Ophelia Rising," for example - in which I melded Hamlet and history. Reading scholarly histories and source materials, I discovered much that has been overlooked or distorted in today's ideas about that era - as I imagine you have discovered about other eras where you've traveled in your researches.
21 May 2018 at 20:08

Yes, it's easy to get carried away with the research, isn't it? And I find it interesting how historians change their minds about events and characters over time. I am trying to research St Katherine of Alexandria at the moment... but did she even exist? At one stage, the Church wiped her name from history. I think she has been reinstated now, though.
21 May 2018 at 20:59

AliB said…
An interesting review of approaches which I think applies equally to adult hist-fic. Thanks - Ali B
22 May 2018 at 09:12