Observing the World Around You – Bronwen Griffiths

By Unknown - June 12, 2018
A writer need to be observant – you have to notice the small gestures people make, the way a butterfly lands on a flower, the sound the rain makes when it falls. But you also have to find the words to describe what you observe without resorting to cliché - that’s not always an easy task. Often it can feel as if everything has already been said. However, that’s not true. Just think of the many new marvellous stories and poems published each year. Remember, there are ways to focus your mind, to enable you to put a stop to the chatter in your head -that prevents you from being creative.

None of this is rocket science. Indeed much of it has been said before. But a little reminder is always a good thing. All of us can – at times - get so caught up in our everyday worries that we can’t write, or – if we do write – the writing comes out flat and boring.

For one thing always carry a notebook – and I mean a paper notebook.  Use the notebook to jot down thoughts and observations. Draw in it. Rage in it. Sorrow in it. Be joyful in it. The act of putting pen to paper – using the muscles in your arm and fingers, feeling the touch of the paper, listening to how the pen sounds on the page – these are important. They access different parts of your brain. Many of your jottings will remain just that - jottings. But sometimes they will trigger a story, a poem, or even an idea for a novel. 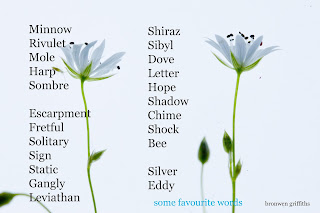 I use my notebooks to observe the world around me – a particular smile, the sound of the cuckoo down by the river, the movement of the leaves outside the window. And it’s often when I’m travelling or walking that I have my best thoughts. And believe me if you don’t write them down you will forget.

We all have days when our writing seems turgid and unexciting. Or perhaps you are mid-way through a novel parts of it cause you to yawn when re-reading. Walk round the local park or your garden and note down smells and sounds. Or try that in the kitchen. Or open the window and listen to the traffic. Then try re-writing a piece that isn’t working by adding a sound, smell, or even a particular object.

Smells are often the hardest to describe but they are very evocative.  The next time you smell freshly baked bread, cut-grass, or the deep fragrance of a rose, ask yourself what each of those things smells like, besides itself. In other words, try to experience the fragrance rather than merely identifying it. Really what you’re trying to do in all of this is to trick your intellectual brain and focus on the feelings, the emotions and physicality of the world around you. You need your intellectual brain to plan the book, edit and world-build but there’s much more to good writing than this.

It’s important to be playful. When I first started writing I think I was more playful – possibly because I was less concerned with my image as a writer. Now that I’m published I find myself getting bogged down with ‘getting it right’ and with thoughts of publication and marketing. These are important considerations but again, they are not everything.

Some years ago when I was running workshops in primary schools we had great fun with word combining….you can do this yourself or in a writing group -

The writer must also learn to notice human behavior in its infinite variety. How do people walk—do they trudge, tiptoe or swagger? How do they sit? Do they slouch, or perch primly? In The Great Gatsby, Scott Fitzgerald uses gesture to differentiate one character from another and make each of them believable and memorable. Tom Buchanan stand with his legs apart, like a Colossus. When the book’s narrator first sees the professional athlete Jordan Baker, she appears to be balancing something invisible on her chin. And examine this description of Frankie in Carson McCullers book, The Member of the Wedding - In fact, I got my growth too fast, stretched long as a hayrake and acquired no softening grace in my features. My forehead wrinkled because I shut my eyes against certain sights. My jaw grew and my mouth sank into it. My nose was long. God had overlooked me in the making, given me no marks of His favours. I was angles and sharp edges, a girl of bent tin.

With human behaviour you have to become a bit of a spy. Listen in to conversations on the bus or the train, watch people from afar and try and work out what they are doing or saying to each other – I’ll never forget some of the strange conversations I’ve overheard – not that they all end up in my stories but they might – the young woman crying over the death of her goldfish on the train, the impatient woman on the phone to her mother – yes mother I’ll be there in a minute, no mother I haven’t….being unable to hear the mother’s voice was  useful because my mind could fill in the gaps.

So go on. Observe. Be playful. Experiment. Take risks.

Griselda Heppel said…
Thanks for this, Bronwen - lots of really useful points here. I especially like your suggestion of describing smells in terms of other smells or feelings, to bring them to the reader's mind (or nose) even more sharply. I had a copy editor who twice objected to my 12 year-old hero's mouth watering at 'the crunchy smell of baked potatoes' but I kept it in because 'crunchy' for me describes that moment of biting through the skin of the baked potato, releasing taste, texture and smell all at once. I hope my readers felt the same...
15 June 2018 at 20:16