When a Beta Reader Says No -- Jay Sennett


The manuscript, a second volume of my ongoing memoir series, was done and sent to my beta readers. I felt so proud, constructing essays using some of the tools I learned in Julie Otsuka’s Buddha in the Attic and a few essays I studied in the journal A Public Space.

“I like what you’ve written,” one beta reader wrote in an email. “My question is,” she continued. “Who are you writing for?” 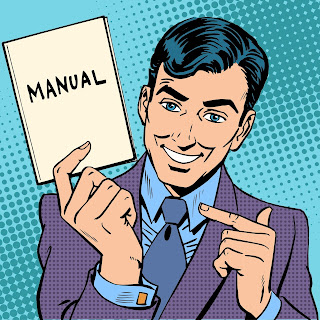 Her question floored me. I had countless bylines, varieties of writing experience, two completed screenplays and one completed novel and more than a passing understanding of how the English language works. Not once did a beta reader ask me who I was writing for.

The second volume seemed no different. I was writing for my readers.

Didn’t they want second- and third-person pronouns used to explore the difficult, fraught yet wonderful experiences that center around living in a conundrum? (How does a 32-year-old lesbian become a man?)

My beta reader’s response set me back on my heels, and longer than I care to admit. Professionals should recover quickly, from even the most devastating feedback. Something about the style of the manuscript combined with her question forced me to accept an embarrassing truth.

I wrote this manuscript for myself, only.

Authors who claim they don’t care if no one reads their work just seem like liars to me. I care quite a bit about people reading what I write, reveling in every story people share about how my writing touched them. Crass as it may be, I do want to move people, a nearly impossible task if I’m only writing for myself.

I was that guy on a first date who tires of listening to his date. Enough about you! Let’s talk about me.

I was also the guy who forgot the  importance of story telling. Experimental fiction and nonfiction attracted me for a variety of reasons. Narrative structures are usually the first thing to go in experimental writing. Virginia Woolf has written one of the very best anti-plots in English. Mrs. Dalloway taught me a lot about time in narratives and the arbitrary nature of literary realism.

But Ms. Woolf won’t be remembered ever for her compelling plotting skills. What I realized after pondering my beta reader’s question, reviewing my dogeared copy of The Story Grid and whining to myself about how so very hard - hard, I say!- writing is, I understood something very important for my career as a writer: people like me, who have had their lives dissected in medical journals, scorned in the media and degraded from the pulpit need well-written stories. Our lives may depend on it.

Axiomatic, I know. But experimental literatures works on the principal that the thing being experimented on has a whole body of positive words somewhere else. Transsexuals like me don’t have the luxury of an already existing body of literature where we are loved and feted and seen for who we are.

How I write anything is a choice, and while I could choose from a variety of tools, I have opted to rewrite every essay using the power of the age-old three-act structure to share my experiences. This kind of storytelling touches us all still. 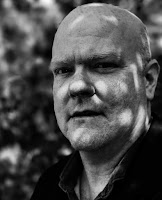 Jay Sennett is the author of Moxie, Vol. 1 and Self-Organizing Men. He recently published his first short story, Oh Sh!t! and is the co-founder and publisher of Homofactus Press.

Griselda Heppel said…
Aargh that who are you writing for question. I’m not surprised it brought you up short. You are breaking new ground in your subject matter and as you say, t here isn’t a whole tradition for you either to conform to or rebel against. I do think we write for ourselves - hoping very much that others will want to read it too - but you have to write the story that’s clamouring inside you. I write for 12 year old children because I reckon I’m still that age really, and these are the stories I want to read. I HOPE children will enjoy my books and so far they have, but it’s not a certainty. Your beta reader asks a valid question but don’t let it unnerve you. I wonder what audience she thinks your writing is heading for?
15 June 2018 at 15:36

Jay Sennett said…
I think she hasn't a clue where my writing is heading for because I have no idea myself! In a thoroughly unexpected surprise I've found Michael Herr's book, Dispatches, to be helpful in nailing down how I want to say things. His book is considered by American critics to be the definitive text on the Vietnam War. He worked for Esquire Magazine, covering the war. I think my beta reader was saying to me in a kind way that I needed to have more control over the how of my story, at least that's how I chose to interpret it. Makes moving forward much easier! Best wishes and thank you. Jay
23 July 2018 at 18:16