Christmas Day: It's A Mad Mad World -- by Susan Price

Exactly a year ago I wrote a post comparing our politicians and their shenanigans to a pantomime.

Sorry to spoil your Christmas again, but -- A whole twelve months have passed; more than twenty-four since the referendum. And are we any clearer about anything?

Will we Brexit? Won't we? Is it behind us?

Our government is certainly beneath us.

The past year has left me -- and you too, I've little doubt -- with an uneasy feeling that we've slipped through some uncanny border into a world of strange perspectives and surreality which makes the Pantomine Land seem almost normal. For hours, you think you're in the old, sane world and then you hear of Trump's latest tweets. Or you hear that Karen Bradley, the MP appointed secretary for Northern Ireland has cheerfully told some reporter that, fancy, the Northern Irish community is somewhat divided! Gosh, who knew?!

An English woman, allegedly educated and intelligent, reached the age of nearly fifty and entered politics without becoming aware of anything about the history and politics of Northern Ireland -- and was then appointed secretary of state for Northern Ireland.

While your world is still rocking from that, Raab, the Brexit secretary lets us know that 'he hadn't quite understood,' that the sea-port of Dover is really rather important for bringing goods into Britain from Europe.

Oh, come on, you mockers, why should this Member of Parliament and Secretary for Brexit have understood that about Dover? There it is, this large town, built by sheer coincidence at the very spot where the sea between us and Europe is narrowest, with this huge ferry port and harbours and customs' posts and all that sort of thing. Why would anyone imagine for a moment it had any special relevance to the carrying of goods across the sea? Anymore than, say, my home town of Oldbury which may be in the Midlands but has several fine canals?

Let's not forget, though, that importers and hauliers have been telling the government for two long (oh god, so long) years that Brexit will cause a solid gridlock at Dover as the lorries entering and leaving the country are held up by customs. That the queues in customs will destroy the haulage firms that operate on the 'just-in-time' supply system and will seriously damage the productivity of the many companies, car companies among them, who rely on their materials arriving 'just in time' as they run out of the last batch.

For two years they've been saying this, over and over. You heard them. I heard them. 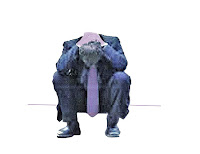 How come it's a complete surprise to the man who was the second Brexit secretary before he resigned (ran away) like the first one? (And the last Prime Minister.)

These ministers. let's always remember, are from the self-described 'natural party of government.' And 'the party who understands business.'

As I write this, at the start of December, there was a little wrapped parcel behind the door of my advent calendar and Parliament have just declared the government in contempt for failing to publish, when requested, the full extent of the legal advice on Brexit.

A contemptible government in every sense of the word, and yet as I write, they're still in power.


That was written at the start of December.

As I write now, it's mid-December. May promised Parliament a vote on what she likes to call 'her deal' and what others call her 'fantasy.'  Parliament, after all, is supposed to be where the power lies in this country. You might say they have not only a right but a duty to vote on the deal.

The ridiculous but nasty ERG crew of  far-right wing Brexiteers then tried it on with a vote of no-confidence against May. The air was alive with Tories singing May's praises while sharpening their daggers and swearing that she had their full support while on their way home to prepare for Prime Minstership. But May won. Just.

She has appealed to the EU collectively and to leaders of EU countries singly. Please, please, please, pretty please, can the UK have all the benefits of being in your club without paying any membership fees or obeying the rules? She's been told, "No," in English and every European language. Perhaps if they tried it in Klingon?

And on and on this goes, while all the foreign diplomats in England put their heads in their hands and go, "Wh-aa-aa-at?"

May has just announced that she is preparing to crash out out of the EU without a deal and has put 3,500 troops on standby to deal with 'disruption.' So, despite all the reassurances that leaving the EU would be 'easy' and profitable, with the NHS suddenly rolling in money, this 'natural party of government' is expecting 'disruption' as a result.

(Interesting word. Disruption means 'disturbance or problems which interrupt an event, activity, or process.' So what we're talking about here is 'protest,' right?)

If nothing else, this gives me an insight into my dear old Dad. When I was young, he used to exasperate me by insisting on watching and listening to every news broadcast on every station. I used to recite reports with the newsreader because I'd already heard them three times that day in exactly the same words.

He eventually gave the explanation that he'd grown up during WWII when everyone tuned into every broadcast because something might have happened and they needed to know.

I rarely watch News broadcasts on television, or listen on radio, because they enrage me too much. Film of Tory politicians can have me chewing the rug. If I'd seen film of Tories taking photo opportunities at the food banks their policies made necessary, I wouldn't have been responsible for my actions.

Instead, I read the news online, usually in the Guardian which, not being owned by a Tory donating billionaire, can be relied on for varied and reasonably unbiased reporting. Reading about Tories posturing at food banks is enraging enough but not quite as maddening as seeing them and hearing their mealy-mouthing.

But I'm reminded of my Dad when I find myself obsessively refreshing the news pages several times a day because something might have happened. Such as troops being prepared to 'take back control' of the streets of my country.

I am honestly not exaggerating when I say that I think, if we got together some bright sixth-formers of good will -- sourced from a range of schools and areas -- and gave them, say, a month's intensive briefing on the EU and economics -- they would do a far better job than this contemptible, dishonest, malicious and incompetent, ill-informed stupid bunch we're stuck with because of our lousy political system.

Please, please, everyone, remember that it was the Tories who brought us Brexit.

It's a Tory-Blue Brexit. If we ever get another election, if we're allowed one, remember that the Tories created all this chaos and the chaos that's coming. It's the Tories who're planning to put troops on the streets to put down 'disruption.'


Can you wait for what the New Year will bring? Onwards and downwards, eh?

I blame potty training. Merry Christmas and a Happy Noo Year to one and all. xxxxx

Season's Greetings from across the Pond, comiserating with you, as each of our respective nations writhe in plagues of a similar nature - spawned from the unholy union of domestic racists and Russian oilgarchs. In the past 24 months we have found out "..what rough beast, its hour come round at last..slouches towards Bethlehem." We know this disease, but our best and brightest have yet to find the cure. Working on that, we are... It's time...

I often think of the old radio news broadcasts when I find myself flitting like a moth from news to another.

We are in an almost unbelievable situation, created from attitudes of arrogance, of "wealth management" and - despite expensive private educations - a profound level of ignorance in these people, combined with the constant lack of support for the regions, glossed over by a largely Tory press. As for the citizenship issues long-time residents are facing now - well, who was in the Home office and set this rolling? Or the "invisible" Irish Border?

I feel grief, but not good grief. Right now, I feel as if the country I know - all of it - is being dismantled by people who should know better. Or care.

Thanks for this post, although I am glad I am not reading it on Christmas Day. And a wave across the waters to you in your troubles, Umberto.

That they are still in government after this omnishambles beggars belief! If I hear 'the will of the people' one more time, I'll be the one not responsible for my actions.
If only it was just a pantomime...that the final curtain would come down and we could all go home and put the whole sorry nonsense behind us.
Alas...it's all too real. Boo! Hiss!