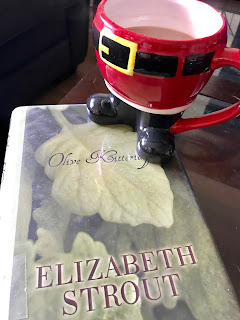 It is the season for families and feasting; and for some of us, the season to catch up on books we've wanted to read through the year but never did.
Which is how I -- FINALLY -- read Olive Kitteridge by the fabulous Elizabeth Strout.

This is a book that won the Pulitzer Prize and is now an HBO miniseries. It interlinks short stories around the central character of Olive Kitteridge, a female curmudgeon whom the reader meets at various stages of her life, as seen through different eyes. Olive is wonderfully nuanced as a character, as are the rest of the cast.

This is also a season of forced jollity and family tensions and this book, by making us empathise with a misanthrope, is a master class on how to love the people in our lives, warts and all.  My favourite story was "Security", and as Olive grapples with parenting mistakes and a grown-up son, the story is excruciatingly painful and heartwarming at the same time.

The message driven home by this book is perfect for this time: “Had they known at these moments to be quietly joyful? Most likely not. People mostly did not know enough when they were living life that they were living it.” 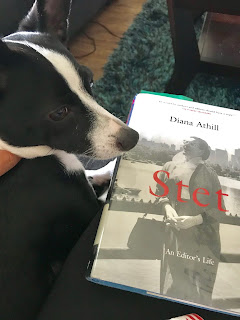 On this Christmas day, I am now curled up with another amazing book, and a dog, and a steaming cup of tea, while family bustles around. I wish you all a Merry Christmas and may the season bring books, and more books, and even more in 2019!