Not having had a book published recently, I didn’t expect any bookings for World Book Week this year, in fact I hadn’t even clocked exactly when it was. So two requests for author visits landing in my inbox came as a lovely surprise.


The first was from a charming, small prep school in Ealing where 61 children from 8 - 13 years old squeezed into a front room to hear my talk on Dante, Hell, Greek mythology, and World War 1, and what all these elements have to do with my fantasy adventure story, Ante’s Inferno. 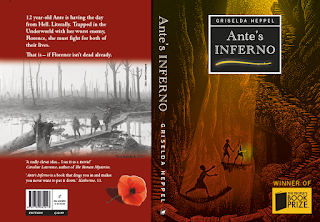 It can be tricky to cater for such a big age range, with fidgeting indicating that I’m either floating somewhere above their heads or aiming annoyingly low, but there was no sign of this here. Perhaps being such a small school gives the pupils a feeling that they’re all in this together, resulting in less need than usual to assert their age differences. Whatever the reason, they made a wonderful, alert group who asked loads of questions and exhibited an impressive knowledge of the Seven Deadly Sins.

The second visit took a form that couldn’t have been more different, in both school and subject.

Stretham Primary is a delightful village school in a not particularly well-heeled part of Cambridgeshire, in which quite a good number of children qualify for pupil premium. I’ve visited a couple of times before and been bowled over by the warmth of my reception and the eagerness with which the 9 - 11 year-olds lapped up facts about Dante and classical mythology, and also Marlowe, Elizabethan magic and the Faustian pact (The Tragickall History of Henry Fowst). It never ceases to sadden me how the book world generally underestimates young people, considering all these themes far too adult and complicated for them to understand. 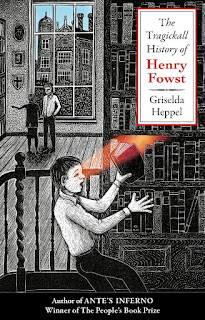 From my experience at Stretham, not only do children have no problem grasping them, they are also excited by stories that give them something to get their teeth into.

As for the subject of my visit - this was a gift to a children’s author. You always hope you’re on the right track, that what grabs you will grab your intended audience; but there’s nothing like being able to put this to the test. I needed to try my latest wip out on some Beta readers, and ten 11 year-olds had bravely volunteered to read The Fall of a Sparrow and tell me what they thought. At 50,000 words this was quite a commitment. And scary for me... what if none of them got beyond the first chapter, the first PAGE?

Within weeks I received a package in the post, feedback from all the children, and my overriding feeling was of immense relief. They enjoyed the story. They got the characters, the situation, they felt with Eleanor - the heroine - in her predicament, as she delved deeper and deeper into family history, uncovering a tragedy that had never been confronted before. The children had useful criticisms too, of places where too much description held up the story, but that didn't stop them wanting to keep turning the pages all the way to the end. And then they wanted me to come and talk to them - and to the rest of Years 5 and 6 - about it, as soon as possible.

So that was the content of my Book Week 2019 visit to Stretham primary: not a published book this time but a work in progress, talking about the ideas that sparked the story and the gradual building up of the world in which the story takes place, followed by a Q and A session about inspiration, character creation and the whole craft of fiction. The ten who’d read the book valiantly joined in the discussion without revealing any spoilers to the rest, and the one big question at the end was - how soon will The Fall of a Sparrow be published so they could ALL read it?

Ah, now that really is the question....

What a great experiment and gratifying experience for you and those children! Good luck with "The Fall of a Sparrow!"

Thank you Umberto! it was very encouraging. Still a long way from the book actually being published but it was good to know it was readable.