Now, more than ever, we should support diverse voices in literature. This is a personal selection of writers, Black, Hispanic and Indigenous, that I have loved and plucked off my bookshelf, with a short introduction to each.
Books are in order of publishing date.

Ntozake Shange, African-American playwright/poet
for colored girls who have considered suicide/when the rainbow is enuf, spell #7 (1978, 1982, 1992)
This is a collection of Shange’s performances and prose poems – her themes  can sometimes be uncomfortable (rape/abortion/white domination) and she also takes on the stereotypical images of blackness and black machismo - but always in marvellous, virtuoso language. She was an early user of nonstandard spellings and punctuation. Explaining her “lower-case letters, slashes, and spelling,” Shange said that “poems where all the first letters are capitalized” bore her; “also, I like the idea that letters dance. ... I need some visual stimulation, so that reading becomes not just a passive act and more than an intellectual activity, but demands rigorous participation.”
‘the sun wrapped me up swingin rose light everywhere
The sky laid over me like a million men
i waz cold/i waz burnin up/a child
& endlessly weaving garments for the moon
wit my tears’ 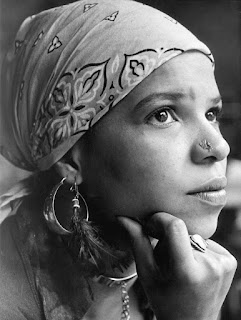 Keri Hulme, New Zealand, mixed heritage (English, Scottish, Māori (Kai Tahu)
The Bone People, 1984
The Bone People which won the Booker prize in 1985 was turned down by many publishing houses before being published by a small press in New Zealand.
The book has been criticised for the violence within it but Hulme also presents a clear depiction of how love, violence and need are braided together in a cycle of abuse and healing.  A further important theme is Hulme's Utopian vision of a possible unity between Maori and Western culture in New Zealand. She spins together Maori and Western myth, together with the fierce reality of three people's lives.
‘Something touches her thigh. She spins round, viciously quick, her palms rigid and ready as knives. The urchin has spouted by her side, asking questions with all its fingers.' 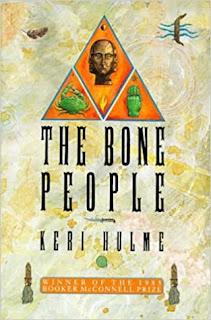 Toni Morrison, African-American writer
Beloved, 1987
Set in the mid 1800s, Morrison’s novel explores how slavery was institutionalized. This process included not only devaluation and humiliation but also ‘de-identification’: the annihilation of the slaves’ identities through arbitrary naming by the slave-owners which broke down the personalities and identities of the individuals.
In Mari Evans's 1984 book Black Women Writers, Morrison states that the best art “is unquestionably political and irrevocably beautiful at the same time”, - there is no question but that Morrison’s book achieves this.
‘I guess the hands made her think she could do it: get us both across the river. But the mouth was what kept her from being scared. She said there ain’t nothing to go by with whitepeople. You don’t know how they’ll jump. Say one thing, do another.’ 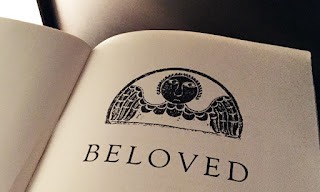 Sandra Cisneros, American writer with Latina roots - Woman Hollering Creek, 1991
A collection of short stories which reflect Cisneros's experience of America while still bound to her Mexican heritage. The stories focus on the social role of women, and their relationships with the men and other women in their lives.  Cisneros also explores themes of alienation and displacement, and individualism versus cultural tradition.
‘Never marry a Mexican, my ma said once and always. She said this because of my father. She said this though she was Mexican too. But she was born here in the U.S., and he was born there, and it’s not the same, you know.’ 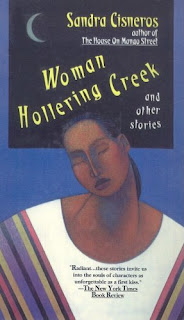 Helon Habila, Nigerian writer, now lives in USA.
Measuring Time, 2007
Measuring Time is the story of a village from its conversion to Christianity by white missionaries, through periods of political machinations and power struggles, to the present day.
Habila’s work is ambitious in its scope and the themes it tackles: politics, corruption, colonialism, coming-of-age, education, history and love. His characterisation is strong and vivid, as is his evocation of both the landscapes of Nigeria, and the often fragile atmosphere when peace can tip over suddenly into violence.
‘At the foot of the hills was the village burial ground, with its headstones and crude wooden crosses looking as if they had sprouted from the clayey red earth. This had been the village burial ground for generations’ new graves straddled older graves, new bones mixed promiscuously with ancient ones.’ 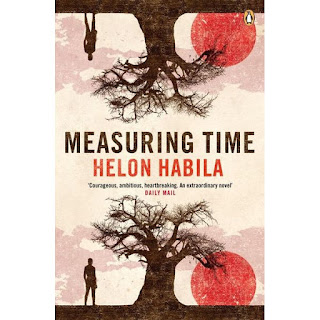 Abu Bakr Khaaal, Eritrean, currently resides in Denmark, African Titanics, (translated from Arabic by Charis Bredin) 2014, Darf
A poignant and beautiful short novel about the lives of a group of African migrants travelling through the desert and ending in the cruel seas at Europe’s doorstep. The story never shies away from showing us the death and suffering of migrants without ever sacrificing their humanity.
‘The moon, hanging over the edges of my vision, enchanted me. Even when dying of thirst, you cannot help being captivated by the moon, absorbing its dazzling glow and longing for it to be the last thing you see.’ 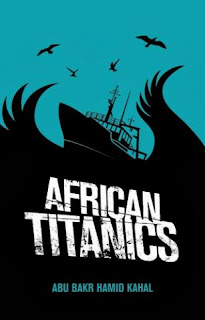 Bronwen Griffiths is the author of two novels and two collections of flash fiction. Her flash fiction has been published on-line and in a number of anthologies.

Umberto Tosi said…
An outstanding list of beloved, diverse writings, thank you. I love the lesser-known selections from the well-known authors in particular.
12 June 2020 at 16:42

Aliciasammons said…
Excellent list for any teacher looking to broaden the horizons of students
12 June 2020 at 20:13