In Two Minds (at least) by Bill Kirton

Somewhere recently, (the fact that I don’t offer you a link to who and where it was is down to my laziness), I heard or read an interview with an actor who talked about needing to have a ‘dual consciousness’. In crude terms, he meant inhabiting the consciousness of the character he was playing but simultaneously being aware (as himself) of the mechanics of what he was doing – the director’s instructions, the audience’s reactions and so on. And I’ve frequently said the same sort of thing about how writers operate. It applied particularly strongly as I was writing the last few pages of my most recent novel (‘recent’ as in 2016. See above: laziness). 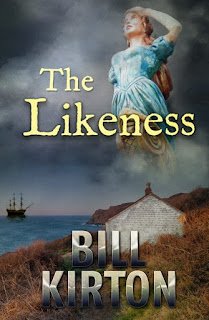 Those pages covered the resolution of the relationship between the two lovers in my story. I knew and know them well. They’d already lived through my novel The Figurehead, where they met and their love started to grow, and part of the reason for writing its sequel was that some readers had actually said they wanted to know what happened to them. I had no answer, but realised that I wondered the same thing, so the only way to find out was to revisit them.

That final scene was very difficult to write, and it’s because of the writer’s equivalent of the dual consciousness effect. Back then, I knew what I (the writer) wanted them to decide, what I thought would make sense in the context of their characters and of the two books together. But the moment I began writing their dialogue (i.e. observing and, simultaneously, inhabiting them, listening to what was being said, reacting to it, experiencing what they were thinking and going through, exploring what was possible), I felt their difficulties.

In the society of 1841 when women married, they and what they owned became the possessions of the husband. By law. They were also expected to remain faithful whereas their husbands could have dalliances all over the place. Then there was childbirth and its associated dangers.

I felt through the characters, especially the woman, the suffocating demands of that society and simultaneously, as a writer, the freedoms I wanted them to have in the narrative. I think the resolution was satisfactory, and yet I’m still not sure if, in 1841, it was possible to find a satisfactory alternative to marriage without being ostracised.

But that was all a long time ago (1841 and 2016). For the moment, I can switch off both consciousnesses – at least until the next non-existent beings start nudging my own consciousness aside and making demands. (But even then, my laziness will resist them.)

Griselda Heppel said…
Fascinating. I'd never thought about this before, either in the case of actors or writers, but it makes sense. However deeply an actor inhabits a part, there's no point at all if they don't manage to communicate it to the audience. You often see actors coming to grief in this way on stage, because they are used to film/tv acting where they can mumble and express feelings with great subtlety of facial expression. In the theatre, gestures have to be exaggerated, or it looks as if the character is totally unbothered by news that's just been brought to them of mother's/child's/partner's death .

Whereas with writing... you make an excellent point about what all those happy endings in romantic historical fiction might really have meant for the woman! A brilliant idea to try and work out an alternative, yet within the confines of what might have been historically possible.

Jan Needle said…
Brain too dulled by lockdown to make a sensible comment. At least Debbie gave us a picture of her roots! And I've thought so long and hard about Papa B's Verfremdungs Effekt that what I want now is a drink. Keep working, Bill - the books are great!
7 June 2020 at 17:12

Umberto Tosi said…
Yes. As you so well demonstrate, the process of writing fiction, much like acting, if fascinating - and akin to madness, blending delusions, and multiple personality disorder. "'Tis a madness devoutly to be wished, yet feared," my imaginary batty Bard might say.
7 June 2020 at 21:41

Sandra Horn said…
Thank you, Bill for this thought on the wrter's art - the extraordinary business of inhabiting the mind of a character who might be as distant in time and circumstance (and gender!) from oneself. I'm not sure how much thought I've given it before, although, come to think of it, I have been known to tell people that I am a happy scarecrow
8 June 2020 at 09:44