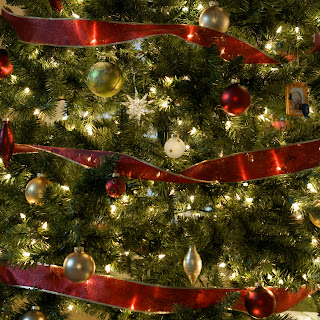 A facetious, totally unreliable glimpse into academia
PROFESSOR DEELEY: About the rehearsal schedule …
DR MCBRIDE: Can’t it wait until later? I really need to finish this critical analysis of that late Beethoven quartet which…
PD: We don’t have time, McBride. You know the date, I take it?
DM: Of course. it’s the 7th. Why?
PD: Yes, the 7th of December. They’ll be here in a couple of weeks.
DM: But this Beethoven score – I’m so close to finalising it. That b minor viola shift…
PD: I know the feeling only too well, McBride. I felt exactly the same about what was to be my definitive article on Tolstoy’s debt to Victor Hugo. But there are other considerations. We must be realistic. We need to get ready.
DM: Damn. Every year it’s the same. Every year I vow I’ll move to some respectable provincial university. But I never do.
PD: And why would you? There’s Oxbridge, us, and the rest are nowhere.
DM: I know that. But every Christmas, with all the damned tourists, the carols, that absurd charity pantomime. It’s so demeaning.
PD: Tradition, McBride. And, of course, economics. They bring the dollars, we deck the halls with holly, ivy, mistletoe and dress up like munchkins. It’s a small price to pay for 11 months of academic freedom.
DM: Professor Deeley, I have a PhD. I’ve published monographs on atonal shifts in Bartok.
PD: And your point is? Remember that you’re speaking to the editor of two volumes of Dostoevsky’s correspondence.
DM: I know. I remember the reviews of it. An outstanding piece of work.
PD: Thank you.
DM: But also, in and of itself, a confirmation that we should not need to do this … these Christmas things. They’re demeaning.
PD: It’s what people expect. Who are you this year?
DM: I’m sorry?
PD: In the … performance.
DM: Father John.
PD: Ah, showering reprobation from the pulpit.
DM: That’s the cross I bear this year. What about you?
PD: Well…
DM: You’re not driving the sleigh again, are you?
PD: No, I…
DM: You’re Joseph.
PD: No.
DM: Not Mary, surely?
PD: Er…
DM: Professor Deeley, you seem reluctant to divulge it. Is it something shameful?
PD: Not exactly. I’m … I’m the beau.
DM: The beau?
PD: Yes. Under the mistletoe.
DM: I know where the bloody beau goes.
PD: Please, McBride.
DM: And who’s the belle this year?
PD: Holly Devere.
DM: Holly Devere? The 4th year medic? The one who does lap-dancing in the ?
PD: I believe so.
DM: You bastard. I’ve been after her for a month.
PD: Don’t you think I know that? It’s damned embarrassing. Bad enough having to canoodle with a student without knowing she’s … well, not mine. I didn’t choose her.
DM: Maybe not, but you’ll be doing the canoodling with her. You bastard. That should’ve been me.
PD: Has it occurred to you that perhaps they wanted a beau who wouldn’t be a laughing stock?
DM: A laughing stock?
PD: Oh come, McBride, you may not be a linguist but… Beau? Beautiful?
DM: What’s your point?
PD: Nothing of any consequence. Hugo’s theory of the grotesque. Inner beauty is what counts. You may resemble Quasimodo but I don’t doubt that, inside, you also have his capacity for love, compassion.
DM: You patronising bastard.
At which point, we leave the Professor of European Literature and his colleague from the music department to settle their academic differences with a mixture of vitriolic abstractions and playground taunts, but with no danger of any physical contact. Their Holly-induced enmity will, in due course, lead to McBride, during an enforced leave of absence occasioned by the need to investigate a claim of sexual harassment against him, penning a stinging refutation of Deeley’s interpretation of Beowulf. Deeley, in turn, will use his influence to ensure that McBride never gets to be the beau. And the tourists will be beguiled by a pantomime which affirms the old enduring values.
So happy Christmas to you all and…
God bless us, every one!
academia pantomime satire spoof Xmas

julia jones said…
Oh this is lovely Bill - thanks for a great start to the day (and glad to hear you're out of hospital and doing your best to resume Grinch-like ways)
7 December 2012 at 10:04

Catherine Czerkawska said…
How could you be so entirely accurate about academia, Bill? Glad to have you back!
7 December 2012 at 11:06

Bill Kirton said…
Thanks Julia and Catherine. I think, Catherine, that you already know the answer to your question. I was an academic myself for many years. Most are caring, intelligent, sensible people who are grateful their particular Lord gave them such a wonderful job, but there are others amongst them who have an inordinately high opinion of their place in the cosmos. The fact that their 'expertise' may rest on a comprehensive appreciation of the positioning of commas in an 1143 edition of the Sears catalogue is irrelevant.
7 December 2012 at 13:11

Bill Kirton said…
Thanks Nya. Nice to have it confirmed that the phenomenon is transatlantic.
7 December 2012 at 13:14

Kathleen Jones said…
Once knew an academic whose speciality was Pagination in the various editions of Wordsworth's Prelude!
Thanks for making me laugh Bill.
7 December 2012 at 16:04

Bill Kirton said…
The astonishing thing, Kathleen, is that so many of them fail to see the essential absurdity of such esoteric pursuits. I'd never mock any serious research but let's keep a sense of perspective about it.
7 December 2012 at 17:18

Bill Kirton said…
Thanks Lynne and Dennis - laughter is a better response than a 5 star review any day.
8 December 2012 at 11:38