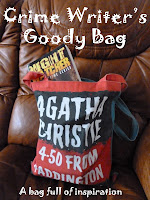 My opinion, for what it’s worth, is that a writer with life experience has an advantage over writers with none. We start at the cradle and continue to learn as we grow and develop, and this gives us a cupboard full of goodies to tap into.

When I think of my own journey in becoming a writer it sets me wondering how on earth this ever came about. When I was growing up I didn’t know any writers. Oh, I knew books. I loved books, but the people who wrote them were mystical beings. Probably not even real people. And the teachers who taught us how to write compositions weren’t much help. I well remember the requested three paragraph composition with a beginning, a middle, and an end.
Nowadays, my granddaughter is tasked to write stories, and allowed to let her imagination roam free. Maybe I was born too early because my teachers would have held up their hands in horror at the thought of writing stories. As for imagination, that was frowned on. It was learning by rote, and the dreaded compositions.

No wonder becoming a writer was the furthest thing from my mind when I left school. It was all about getting a job and how much money you could bring into the house to add to the housekeeping. So, although I’d been taught bookkeeping, shorthand and typing, as part of a commercial course, I didn’t remain in an office job for very long. It was too poorly paid. When I think about my wages then - £1/10s (£1.50) a week – it will help you understand why I went to work in a mill. The girls who were office workers looked down on the lowly millworkers, but I reckon the mill girls had the last laugh, because we were earning the princely sum of £4.9s8d (£4.50), three times as much as the office girls. 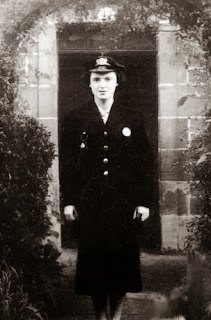 Three years later, when I reached the grand old age of 18, I left the mill to become a bus conductress which was even better paid because we got the same rate of wage as the male drivers. That was unusual in an age when women did not earn as much as men. My wage in this job fluctuated because of the shifts and unsocial hours worked, but I never took home any less than £10. That was a fortune for a woman to earn at that time. I stayed in that job until I married. That was another cultural aspect of the time. Women weren’t expected to work after marriage.

I can’t say I took too well to domestication but times were gradually changing, and after a succession of part-time jobs, plus a couple of seasons back on the buses, my desire for something better led me to open my own small shop in a side street. A few years later I moved it to a prime spot in the town’s High Street, next door to Woolworths. In case you’re wondering, it was a wool and craft shop.

I think I must have a restless nature because I never seem to be satisfied with what I achieve, I’m always striving for something better. So, as well as running the shop, I studied for a degree with the Open University. This was a challenge (I like challenges) because I’d left school when I was 15 with no qualifications. Well, I got my degree, and you’ve guessed it, I didn’t rest until I put it to good use. That meant selling the shop to pursue a career in social work.

I attended university, for a post graduate qualification to tack on the end of my degree, as well as college to gain a qualification in criminology.

As a social worker I learned all about the dark side of life. And working in where probation was not a separate profession, I gained a wide experience in criminal justice, as well as child care, and everything in between. I’ve met vulnerable people needing help, as well as murderers, drug users, petty criminals, and all sorts.

So, I reckon I’ve built up a decent sized goody bag to plunder for my fiction. I’ve already been dipping into it, and I have a spinning mill scene in “Death Game”, the novel I’m currently writing. I’ve used memories of how people live on sink estates, the deprivation of their surroundings as well as their living conditions. I included a snake scene, from my goody bag of memories, in my award winning crime novel, “Dead Wood”. My retail experience came in handy when I was writing “Night Watcher”, and I’m sure my child care experience was reflected in “Missing Believed Dead”. So far I haven’t used my university or college experience as a mature student, but there’s time, and it’s rattling about in there at the bottom of the bag.

The other aspect of course is that everybody has emotional experiences as they travel through life, and the longer you live the more of them you have. There are sad times, happy times, bereavements, celebrations, a whole gamut of emotions. All these are in your goody bag of life experience.

Go on, give your goody bag a shake and see what surfaces. Your writing will be all the better for it. 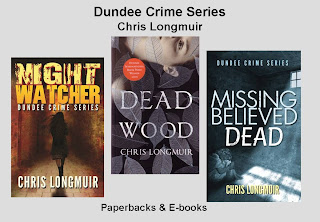 Susan Price said…
Besides all this, Chris is a self-confessed 'technology geek' and one of our first go-to people for computer advice!
Chris, I so enjoyed this post - thank you!
19 November 2013 at 09:40

julia jones said…
Brilliant Chris. (Have said what I think on my Allingham fb page)

Lydia Bennet said…
thanks for a great post Chris! you have had some interesting lives! of course it's a useful consolation for writers, when things go horribly wrong, jobs/marriages end, etc, at least it's all 'material'! ditto the revenge we can get via our books on those who wrong us (crime writers have an advantage here!)
19 November 2013 at 14:12

Jan Needle said…
fabulous stuff. you used to work in woollies, i used to be taken on nicking expeditions from it by brian deakin, who later became smithie in my first published book. essential training for portsmouth grammar school!
19 November 2013 at 16:13

Bill Kirton said…
I didn't realise you'd done so many different things, Chris. Fascinating stuff. God knows how you found time to do any writing.
19 November 2013 at 16:46

Chris Longmuir said…
There's always time to do what you want to do, Bill. But as I said, I'm never satisfied, when I succeed at one thing I want to do even better.
19 November 2013 at 19:04

Catherine Czerkawska said…
What a very interesting and varied life you've had so far, Chris!
19 November 2013 at 23:37

glitter noir said…
Great post, Chris--and it really was a treat for me to get to know the life behind a writer I've come to admire.
20 November 2013 at 22:26