One of the most galling things about being a writer (apart from the fact that people think we whinge too much; sorry) is that it doesn’t sit too easily with being political.
Despite the fact that some of the most massively effective works of literature over the years have been nakedly political – let’s cite The Grapes of Wrath as exemplar to avoid too much argument – the word has been used as a handy catch-all pejorative since time began (so to speak). The only one to get away with it scot free was old Bill Shakes, naturally, because almost by definition He can do no wrong. I’ve never heard of Richard the Third being ‘merely’ a political play, although it was arguably a piece of twisted propaganda for the Tudors.
Bertolt Brecht was the opposite. He wrote some of the greatest plays ever put to paper, but he was a communist. Trot out the put-down words. Didactic. Boring. Germanic. Narrow-visioned. 'Mother Courage'? 'Galileo'? Trite left-wingery!

I actually started writing for children because of politics. My first novel, Wild Wood, was inspired by a sudden vision of Mr

Toad battening on the rural servant class. What happened when he abandoned his caravan? Was the horse left to starve, or flogged off to the knacker’s yard? Did his mechanics get paid when he’d trashed another car? Wooden swagger boats, let me tell you, require a great deal of TLC. And who did the catering for those extravagant parties? The bleeding ferrets, that’s who! And the stoats and weasels and the women.

I got away with it for two reasons. One, it was obviously a comic tribute to Kenneth Grahame’s masterpiece, and Two, my peasants’ revolt ended in tears. Phew! With one bound I was free.

In my later children’s books I stayed political. Albeson and the Germans was about inner city southern poor kids, My Mate Shofiq about racism in a crumbling cotton town in Lancashire. By the time I moved on to different subjects it was too late. I was a ‘controversial’ novelist, banned in many schools, ‘a problem for the kiddies.’

Luckily (I think. Who needs approbation?) I remain political to this day, when I want to be. Killing Time at Catterick, I’m happy to say, has caused me more trouble than most of my books, much of it orchestrated by military  men who couldn’t work out that I was actually on their side. And the thing I like best about the social media – including the wonderful platform it gives to nasty little nutters and their rants – is that anyone can do anything they want, and display it to be judged.

Facebook for example. It costs me an hour every morning, but I get to read, and view, some amazing things. My taste gravitates towards humour, mainly, and political dingbats, and music that should be widely heard and isn’t. The Lambeth Walk for Nazis, for example. Johnny Cash doing Redemption Song, a group of American ‘hillbillies’ playing wonderful banjo on their stoops. And singers like Eliza P. There's a couple of pix of her (and a giant chicken) I wanted to take off FB and put on here for you. But I failed. As usual.

Liz will forgive me though, because she is a friend of mine, I’m happy to say. And I’m not alone in thinking that she ought to be big, and rich, and exceedingly successful. Instead she scratches a living singing, fire-eating, face-painting, teaching children the elements of clowning, and trying to convince the TV licence people that she doesn’t have a licence because she doesn’t have a television and doesn’t want one. It’s a form of government harassment that’s been going on for years, and at least she’s got one good song out of it. She is what the multi-millionaire David Cameron might possibly concede is a ‘hard-working family’ (she has a dog), and Ian Duncan Smith would assume must be a scrounger. Even charities feed on such assumptions. They’re always asking her to do things for them free, and don’t seem to understand that if she works for nothing she don’t eat. Weird.

She plays guitar, composes her own music, writes songs that have people shrieking with laughter. Sad songs, too, and serious, and raw. She’s bloody brilliant. Now Martin G.Stephenson, of Daintees fame, has collaborated on, and helped produce and finance a CD called Eclectic Kettle. He came down from the far north to the Globe at  Glossop last week to help her launch it, and she even gave the proceeds to a cancer charity. To get back to politics for a moment, this is the song she finished with. She wrote it  earlier that week, including music. Sadly, the words without the music and her voice will give you only a very pale impression of its excellence, but heh, that’s showbiz, innit!

If you want to get rich now,
I am here to tell you how.
Don't wait a lifetime for the lottery,
There are easier ways - take it from me...

CHORUS
Become an MP and get what you want,
You can get a table at a restaurant.
Whatever it is, whatever amount,
Put it all on the expense account!

I’ve got a man who mows my lawn,
Brand new Aga for the second home,
Caviar and finest Stilton, Christmas break at the Beverley Hilton,
No, I'm not on the rob, it's necessary for my job.

Nurses, carers, little kids
Buy my breakfast at the Ritz.
It's swell and life's a gas,
We can fly in business class.

Now we've got our grubby hands
On this giant piggy bank,
We're living life for free,
It's called "Austerity."
We could spend a couple of grand,
On a hired assassin for Russell Brand.

My name is Mr Smith. Chronic illness? It's a myth.
I cure the sick, I still can't tell though,
Which is arse and which one's elbow,
I'm paid a packet but I don't need my fee-
I get my millions from my wifey,
Serve the public? Not a chance!
But I'll let them pay for my underpants.

Become an MP and get what you want,
You can get a table at a restaurant.
Whatever it is, whatever amount,
Put it all on the expense account!

And her dad turned up, completely unexpectedly, dressed as a chicken. In honour of one of her most terrific songs, about a killer hen called Veronica. Believe me, you had to be there…

If only to hear her wonderful take on Jeremy Kyle!


For Martin’s take on Eliza:

Some links to listen or to buy her music: 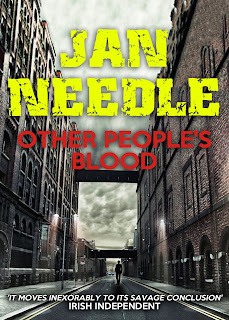 I'd like to read Wild Wood now you've told us about it ... as I can't quite afford the £11,635 a copy costs on Amazon (or the very cheap copy available at a snip at £58.75) are there any plans to make it available on Kindle at a more modest price for us ferrets, stoats, weasels, wippitts and other assorted lower-income animals? :-)

Thanks for the mention Jan:-)The problem clearly lies in my working class roots. I should follow Mr Cameron's advice and raise my "aspirations". I have tried doubling up on the Ventolin inhaler in order to do this but it just gave me a headache! (ps. it was only the raffle and not the door money that we gave to charity, we raised £00 for The Christie hospital) Eliza P

Dear Anonymous, you must have raised more than £00 for the Christie Hospital, because I very generously paid a pound for a raffle ticket, and missed a prize by one measly digit. Clearly a fiddle. It was a fabulous night at the Globe (can see why Shakespeare liked it so much as a venue) and you and Martin G.Stephenson were fantastic.

Madwippit is correct in saying that a copy of Wild Wood is available on Amazon for eleven grand, as i discovered yesterday when I realised I didn't have a copy to scan for the ebook version. Infuriatingly, i inadvertently sold my last copy to Debbie Bennett's writers group when I talked there a couple of weeks ago. I charged £5 for a pristine first edition. Our trouble, Eliza P, is that we don't know the value of money, innit? Must be the Lancashire water.

Please click the links and listen to Liz though, folks, because she is only amazing. She's probably the only teetotaller I'm close to. She transcends prejudice!

The advantage of being a performance poet is that being political is expected to go with the territory, but I agree - it's so disheartening the way people write-off politics in literature.

What makes me angriest of all are those sanctimonious types (I can never make out if they're deliberately malicious in their guile or simply halfwits) who claim that they are above politics, utterly oblivious to the fact that the most political stance one can take is to claim to be apolitical

Aren't we supposed to move to the right with age? The older I get, the more I regret the growing domination of politics devoid of compassion and yet steeped in its terminology. There's also the pusillanimity of all sorts of organisations faced with the giants of money and privilege. I want to have been educated at Eton and be now in possession of a huge inheritance. It's not fair. But at least I had enough money to download an Eliza P album. Too bad if that means the budgie has to go without cuttlefish for a while.

tell me what you think bill. and thanks on liz's behalf. they offered me a place in eton, but my mater didn't think i'd suit the tails. or vice versa...