BOOKBUB EXPERIMENT 3: STORM DAMAGE by John A. A. Logan

After two successful Bookbub promotions for The Survival of Thomas Ford earlier this year, which resulted in 70000 free downloads, and a combined profit of $2300 from 1300 Amazon sales/borrows when the book returned to its $2.99 price (followed up by 100 new Amazon reviews), I decided to reinvest a little of this profit in a third Bookbub promotion.

The third promotion, which ran from October 26-30, was not for The Survival of Thomas Ford, though, but for its “little brother”, my story collection, Storm Damage. 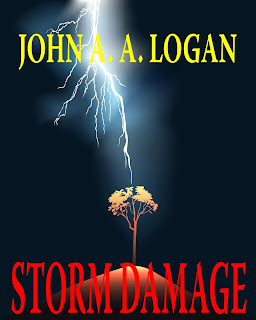 Storm Damage had won the award for Best Short Story Collection in the eFestival of Words Best of the Independent eBooks Awards 2013, and, ever since, I had been looking for an opportunity to get the ebook out to more readers.

Storm Damage was sent out to the Bookbub literary fiction subscription list on 26 October.
There were only 6 or 7 books selected by Bookbub to be sent out to that subscription list that day, and Storm Damage was the only one of the books which was free.
I was happy to see that one of the other books in this small list was A Fair Maiden by Joyce Carol Oates. 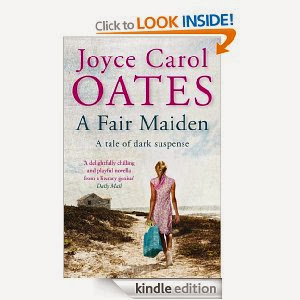 On the first day, there were 10000 free downloads of Storm Damage, which took it to Number 13 ranking out of all free Kindle ebooks on Amazon US.
It also charted in three other literary fiction categories:
Number 1 in Mystery, Thriller & Suspense
Number 1 in Psychological
Number 1 in Short Stories

By the end of the five day free promotion, 20000 new readers had a copy of Storm Damage, a healthy wee stream of post-promotion $2.99 Amazon sales/borrows had started to come in, and I was very happy to have another positive result to allay that chattering Goblin voice in the back of my mind, put there over the years by certain others, that story collections are of very little interest to readers out there (“just can’t shift them”…“editors say they like them but even when they do take them they pay peanuts”…would be the exact off-putting phrases told to me over the years, from 2000-2011...when I stopped listening).

Thanks very much to everyone who downloaded, and helped to silence the Goblin Voices!

Nick Green said…
Wow! Well done. I think that counts as a successful experiment, sure enough.

I'm intrigued by Bookbub, and have tried it myself. That is, I've tried to try it, but haven't yet managed to get them to list my ebook. That seems another Catch-22; it seems one needs a certain level of success before they'll consider it. So you're into the old world of submissions and rejections again. I suppose the only thing to do is to keep trying them and hope that one day they agree to promote my book. Plus ca change, I guess...
11 November 2013 at 10:10

julia jones said…
Well done John - and thanks, as always, for sharing

Susan Price said…
Thanks John - I must remember to try BookBub again - with my short ghost stories this time.
11 November 2013 at 11:31

Lydia Bennet said…
thanks John, interesting. I may try it with my new crime novel but it might not have enough 'stars' yet to be accepted, as you say, this is just another gatekeeper, and we are paying them this time. but clearly when it works, it works really well.
11 November 2013 at 11:36

Hunter said…
Man, I love hearing how you work, John. As a novice, I really appreciate hearing your experience. As I've said before, you're a serious inspiration for me and my anticipated writing career. You've shown me that with a little pluck and grit and some Scottish ingenuity (I have gallons of Scotch in my family tree), that e-writers and self-published folks can have success too. It's Thanksgiving in America today and I for one am thankful for you and the other electric authors I've met online. Best always,