#AskELJames and Other Stories - Debbie Bennett 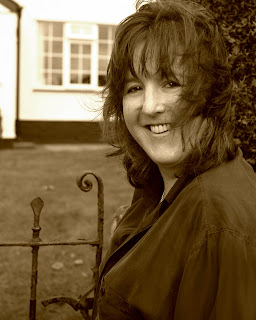 Love her or loathe her, Ms James certainly pushes buttons, doesn’t she? The recent #AskELJames Twitter Q&A had some interesting questions posed to the author, my favourite being from @skepticosaurus Will you be rewriting the book from Stephenie Meyer's point of view next time? Or this one. One wonders whether her publishers were expecting this kind of reaction or whether they expected her legions of fans to produce a flash-mob of adoration and publicity. I’m sure there were a lot of people praising the woman, but you never hear about all the nice stuff, do you? That doesn’t make news. But #AskELJames does - even on ITV!

So what is it about certain people – certain authors – that polarises opinion? EL James, JK Rowling, even Stephenie Meyer? They don’t write literary fiction, no, but neither do a lot of other authors and it doesn’t matter. We laugh, criticise and castigate. Are we jealous of their success or money? Maybe some writers are, but that doesn’t explain the hordes of non-writers who delight in name-calling and tweeting. Are we scared that if we admit to reading – even liking – these books, that other people might think us weird in some way. Do we appear less-educated because we admit to reading these books?

These people – these women – have made millions. Billions probably, when you add in film and other franchises. Better still they’ve got people reading; people who might not have read a book since their school days are lapping up (ok, bad choice of words there) these books and begging for more (I’ll stop, shall I?) That must be a good thing, surely?

JK Rowling has been banned by some councils and schools with her references to magic. Really? That’s just bizarre to me. I’m not a fan myself, but I can see the appeal – school stories, Mallory Towers for the 21st century and all about loyalty and friendship conquering evil. I have no issues with that and I wish the author well. I’m not so convinced about the carefully-stage-managed leak of her pseudonymous new books – but hey, it worked and kudos to whoever thought that one up. 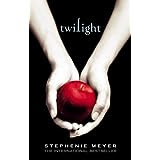 James and Meyer are a different matter. I’ve read Twilight and the sequels, and I admit to quite liking them. They wouldn’t be on my list of best-books-ever-read, but I passed a few pleasant hours. I’ve not read James and I have no desire to - though perhaps I should, just to speak with more authority. But I do wonder whether these books have a more dangerous message. What are our young impressionable daughters reading (and of course they are reading FSOG) about male/female relationships. Is it healthy for such books to be fêted as masters of their genre? In Twilight, Bella sacrifices her humanity for Edward. Is that love? Maybe it is. But FSOG is a world darker and I doubt it’s an accurate introduction to the world it portrays. The definition of consent is a fine line and not one to walk without very careful consideration.

Would I write anything to make money? Well probably not anything. I wouldn’t intentionally defame or hurt anybody. I write contentious material anyway, but I do it carefully and with forethought. I’m sure the authors I’ve mentioned above do too. Would I risk ridicule to make their kind of money? Hell, yes! Money doesn’t buy happiness but I can be miserable in a great deal of comfort …

Good one, Debbie. Particularly fond of the Rowling banners on grounds of the damage magic can do. That lets out the Bible and Shakespeare as well, I guess! That desert island gets more boring by the minute... Still haven't managed an answer from Jimmy yet, btw, but I haven't given up.

You should see the flak JKR gets up here whenever she so much as sticks her head above the parapet on Scottish Independence. Most of the abuse is unrepeatable on a nice site like this one, involving use of the 'c' word and accusations of being 'English' but she fields it all with devastating wit and intelligence that only show up the abusers for the dimwits they are. My admiration of her - already quite high - has increased significantly. She donates massively to charity as well. I think the problems some people have with these mega successful writers is a combination of sexism (although it isn't always men doing the abusing for sure) sour grapes and snobbery. Whatever it is, it reflects more on the abusers than the abused. I'd love to have their money, but I don't begrudge them their success either.

Great post Debbie, I enjoyed the ELJ hashtag funfest very much! I don't begrudge JKR and I admire her for her stance on taxpaying and her refusal to give in to trolls of many kinds both on independence and other issues, though Harry Potter leaves me cold and I can't see why so many adults seem to be nuts about the franchise. EL James' writing is terrible but for some unaccountable reason it's what a lot of people want to buy just now, it's one of those phenomena that just happens. I do get irritated when people automatically bleat 'sour grapes' whenever one expresses less than gushing fandom for any of these successful efforts, the alternative is to pretend to love them all just to avoid being called jealous. I wouldn't care about being ridiculed for work I thought was worth while (I was, for Quantum Sheep, in fact).

I downloaded the first book in the E L James trilogy and sent it back after the first quarter, something I almost never do. I thought it was badly written to the point of making me laugh every time she mentioned her 'inner goddess' but I also find myself thinking, who am I to criticise other people's preferences? I know many people - not, on the whole, writers - who loved it and it seems to me that they were judging it by a different set of criteria. Sometimes I want to sit and watch the kind of television that I just know is mind candy. Sometimes I want to be challenged. Sometimes I like bitter chocolate and sometimes I crave Dairy Milk in all its gooey glory. But it doesn't make one intrinsically better than the other although I suppose a Fair Trade label might! And if I made chocolates for a living, I would almost certainly feel differently. As I always do when we talk about this kind of thing, I revert to John Carey's What Good Are The Arts? 'A work of art is anything that anyone has ever considered a work of art, though it may be a work of art only for that one person.' I could go with that.

An interesting take, Debbie. I don't begrudge anyone their success, though I have my doubts about E.L. James - partly because I personally think her writing is pretty awful, and partly because I have my doubts about the way she hitched a ride on the Twilight bandwagon. Admittedly, if Stephanie Meyer doesn't seem unduly worried about this, then there's probably no reason why anyone else should be, but...

Then again, there seems to be no shortage of people who like her books, so who am I to judge?

There's also been quite a lot of hand-wringing about whether the relationship portrayed in FSOG is abuse. Some of it certainly sounds a bit dodgy to me, but then, being a work of fiction, it was never intended as a dating manual or anything.

Out of curiosity, I picked up a couple of the 'Grey' books in a local charity shop. The writing is appalling, so sorry, can't deal with that. Why they are popular totally escapes me, but the hype seems to be all-powerful, and almost certainly paid for.

However, I am a total fan of JKR, both as a person and a writer.

The EL James phenomenon is easily explained, I think. FSOG appeared at the precise moment (more or less) that ebooks became a viable alternative and ebook readers became commercially successful. This meant that people could read a book without anyone else seeing what they were reading. So, naturally, people gravitated to a new 'naughty' book they would otherwise have blushed to pick up, which happened to pop up at that moment.

So really it's just a tragic coincidence. But at least the book has laid one ghost to rest. For many years there's been a debate about whether writing can be said to be objectively good or objectively bad, or whether it's in the eye of the reader.

FSOG has answered that one. The writing is objectively, definitively bad.

Thanks for a thought-provoking post. I have to think the three authors you've cited would have raised fewer hackles were they male. Jacqueline Susann and Erika Jong drew similar kinds of flack for Valley of the Dolls and Fear of Flying, though probably a cut above the present crop of overnight sensations. Nothing new about vapid prose characterizing fad fiction, but EL James may have made a breakthrough in cleverly adapting style to content - being that one has to be a masochist to endure the writing.