Adventures in audio by Sandra Horn


I first ventured into a recording studio aeons ago when I was working in a pain management clinic. I was using a technique of induced deep relaxation with the patients and wanted to give them something helpful to use between sessions. There was a recording suite in the teaching hospital and they had a whole library of royalty-free music I could add. Soon after we began, the technician stopped me and asked if I had anything on under my sweater. Eh? Apparently, there was a synthetic-material-rubbing sort of noise, undetectable to the human ear but picked up by the microphone. Luckily, I had something decent underneath, so peeled off the top layer and we started again. I’d been pre-warned to keep still and not to rustle my script, so was feeling quite tense while trying to maintain a soft soothing voice...’Stop!’ said the technician, ‘there’s a rhythmic background noise. We think you might be clenching your buttock muscles.’
Scrolling forward a geological epoch or three, I recorded Tattybogle for a cd, at lovely Starshine Music’s place in Sussex. We arrived in the early evening, so as to avoid the noise of the builders who were there in the day building a studio. They hadn’t gone home, so we sat in the garden and reflected how quiet it was in the Sussex countryside. Apart from dogs barking, a combine harvester in the next field, and as a grand climax (ha!) Shetland ponies bonking enthusiastically and vocally just over the hedge.  We waited for it all to die down and then went in. As the studio wasn’t yet finished, we recorded in a bedroom – two bedrooms, in fact, with Richard the Sound Engineer in one and me next door. Everyone else sat downstairs and were forbidden to run taps, flush loos, etc. I read Kipling’s ‘Four and Twenty Ponies’ first to remind me of my Sussex voice, and off we went.

Some years on again, I re-published my storybook The Silkie as an ebook, with a beautiful new cover by Anne-Marie Perks. For some reason, since lost down a hole in my brain, I thought it would be a good idea to make an audiobook of it. In fact, it wasn’t a bad idea as such, but the mistake was to record it myself. I was nervous about throwing any more money at it by employing an actor. I went to see theatre Director, Fran Morley, who had directed my play ‘Six Characters’ , and she gave me an intensive session on the text and how to give it life. Fine. Except that the studio I had booked was cold and gloomy, I was by myself with headphones that kept slipping down, trying to hold on to them, not clench my buttock muscles, not rustle the pages of the script...and all my preparation went for nothing. It’s flat. To crown it all, the technician then proudly announced that he’d ‘taken all the breffs out’ of the recording, which he seemed to think was a good thing to do. Indeed, he had taken them out, and then closed the gaps...it sounded like an insane gabble. We went through it all again, telling him where to put them back, but this was costing me a fortune so in the end we took it home and edited it ourselves. It was much better, but still not good. 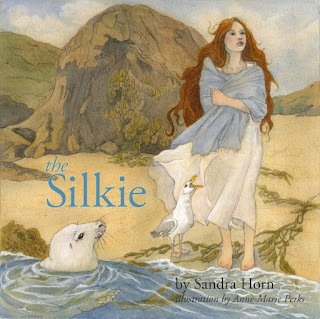 I also recorded the text of ‘Rainbow!’ there, which went rather better, and my multi-talented friend and the book’s illustrator, Bee Willey, will use it in an animated version of the book. It will also exist as a colouring-in book and we’ll see how that goes. New departure!

Episode 4: Starshine invited me to record ‘The Moon Thieves’ in their completed studio. I sat in the lovely sunny room, with triple-glazed wndows onto the Sussex Downs, not miked up because it was all built in somehow, and could see and talk to Richard in his glass booth. It was fun and I know the text backwards and inside-out, so it’s lively. Richard then put some silly sound effects in. Great! Sadly, the people it was made for, who wanted to put stories into a form that children could listen to on smartphones, etc. went out of business, so it has never been used. Ho hum. 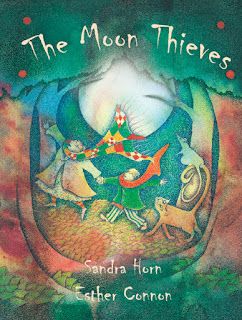 Episode 5: my play about FGM has just been recorded BY AN ACTOR, in a studio in the crypt of a church just round the corner. I knew actor Jan Wilde because she had commissioned a comic monologue from me for Dorset Opera’s gala evening, and she had made a wonderful job of it.  We did several takes for sound quality and odd bits Jan wasn’t happy with, and there it was. She did both voices and it sounds great! It’s now on WAV and MP3 files and has been winging off to anyone who wants to use it.
Next time? If there ever is a next time, I’ll phone Jan!

Very interesting post. I've been toying with the idea of audio books but uncertain whether the cost would repay itself. apparently it costs about £2,000 to produce an audio book, unless of course you do a royalty share with the narrator. But I'm a total control freak and like to keep the control within my own hands which was why I no longer seek a publisher after getting my book rights back. As for narrating myself, I think that's out of the question. The reason? My book trailers are narrations of the first chapter of each book, which I do myself, and it is torture. Multiple tries, plus avoiding the crinkle of paper etc, can't do it from the screen because the computer fans would be picked up. So, the time taken to read one chapter would indicate it might take me years to narrate a whole book. Oh, and the end result isn't that perfect. The 'breffs' are the worst. And have you ever given any thought to how often you can stumble over a word while reading. God on you for tackling the audio, Sandra.

This brought back so many memories. One of the jobs I used to have was doing voice-overs for TV and radio ads, various videos and a couple of TV series. They ranged from the 10 second, too-many-words-for-the-slot gabble to 50 minute documentaries. Being in the studios was a rich source of material for anecdotes but I'll offer just one. It was for a glass maker and my bit had to fit between the opening and closing jingles, which were 'For all you need in glass...' then the company's name and phone number, all sung by happy, jolly people. One time, there was a special promotion involving conservatories and doors. I sat in the studio and listened to the jingle to get the timing right. I then asked the engineer whether the jingle had been approved.
Yes, it had, why?
Well, in order to fit lyrics to music, the first two syllables of the opening line 'For conservatories and doors...' name/phone, had to occupy just one beat of the music. The result, phonetically was 'Fuhcon servatrees andoors...' The engineer laughed, we recorded it all and it was on TV for the whole week.

I never knew the world of sound-recording was so rich in knock-about comedy!
But then, I suppose any human endeavour is going to be.

Sandra, thank you for the much needed laughs you've given me this morning - and I am so impressed! Good luck with the audio books.

That was very interesting, Sandra - and possibly very useful to me. Who knows? Out of the blue I've had a proposal from a film and audio producer who specialises in railways that we do an audiobook version of The Railway Phantoms, about which I blogged a few months ago. He'd read the blog and remembered Phantoms from when he was nobbut a lad. I don't know who will do the reading. He does some very good voice-overs for his films. I shan't mention his name in case it comes to nothing. But I'm chuffed to bits about it because this will be completely new territory for me.

The company who went bust wasn't by any chance Sleepydog, was it? They were going to do ebook versions on i-tunes of the Joslin de Lay medieval mysteries. Getting the texts comfortably onto mobile phone screens was a nightmare. All those widows and orphans. I was sorry when they closed, but I'm glad the books are ebooked now on something more reasonable like Kindle.

Thank you, everyone! Dennis, I think the company was called Storyphones or something similar. Someone else took them over, but he didn't last either. I hope the audiobook comes off for you!

Very interesting, Sandra. Like Chris, I've ummed and ahed about whether to do this myself, but the potential problems and expense have put me off so far. There's absolutely no way I could act as a narrator myself, and I admire your bravery in doing so!

Fascinating and funny, Sandra! I worked in radio drama for 25 years, and did the odd reading of my own stories during that time, but even though I'm pretty competent, and know all about leaving gaps for editing after fluffs, and pausing while you turn the page etc, I'd still hesitate to read a whole book myself. Actually, it would be easier if you had an experienced radio producer working with you rather than a technician, because they know exactly what they are looking for creatively. A good radio actor (and not all of them are) will also know, and will be able to do it in a fraction of the time, so it's a good investment. Back in my radio days, the mics would even pick up tummy rumbles when the actors were getting hungry so it was time for a lunch break!

very entertaining post Sandra, I've got nowhere yet with any plans to audio-fy my books but am always interested to hear about others doing it. I have had radio drama wot I wrote on the BBc as well, nothing like as much experience as Catherine, and well remember the actors having to avoid 'mouth noise' and rustling. Also if they are more used to stage acting they find it hard not to turn their heads towards a person they are speaking to, which of course messes up the sound on radio.

I too salute your bravery, Sandra...while sadly acknowledging that it's not for me--I'm not right for it.