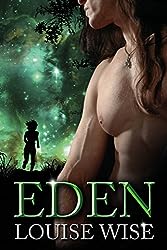 From indie author Jacqueline Howett to Gothic horror author Anne Rice we’ve all reacted badly to reviews, only most of us do it silently.

It isn’t nice when someone hates something you’ve trawled over for months or even years, but to take offence over another’s perspective is completely the wrong attitude.

If you’ve a book to sell you’re asking strangers to buy your title, remember that, you’re asking them. You’ve no right to demand they like your book, just as you’ve no right to demand they write a good review. They are strangers. They don’t know you. They don’t care about you. They owe you nothing. Readers tell the truth. Readers like to tell other readers about their great finds or warn them not to touch.

Whether they like or dislike a book is down to them. Writers have no right to be angry at ANY review—well, not publicly anyway.

You think the low stars are bad for your book? What do you head for when buying? The high stars or the low? I know I head straight for the low where I’m reading about your book. I haven’t ignored it. I’m reading about it. Then, like the majority, I’ll head to the ‘look inside’ and make my decision on whether to buy or not from there.

Do you, author-who’s-scared-of-bad-reviews understand what I’m saying?

Low stars pull in the readers!

But let’s not be silly now. I’m talking about the odd low star here and there. If you’ve a string of bad reviews with low stars you need to pull the book and take an objective look at it.

And this is why I take a different approach to bad reviews.

If someone, somewhere, has taken the time to buy, read and then write a review good or bad that’s praise. That’s frigging fantastic, in fact. 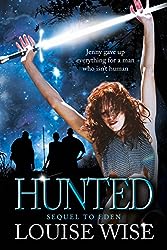 Take, for instance, my sci-fi series Eden and its conclusion, Hunted, they’ve had their fair share of reviews and particularly Eden (because it’s been around far longer than Hunted) has had a hit or miss affair with readers.

*‘Ugh. ANOTHER “scifi but really a romance but with no sex or romance" book. Why do I keep reading them?’
‘Good apart from the sex scenes. Are they necessary?’
‘It was really dull, lackluster, boring, humdrum, tame, lame, colorless, unexciting...etc..Zzzzzz’
‘I felt worn out after reading. The author needed to slow down and think of her readers!’
‘I was sad with some of the violence though.’

Everyone’s reading experience is different. Our brains all compute things at a different level, so each one book will be different in different hands. So, why authors get offended with bad reviews beats me.

Of course, the ‘needs an editor’ ‘awful cover’ type of reviews need to be taken seriously and this is where editors such as John Hudspith, and book cover designer, Jane Dixon-Smith are needed!

So readers, most writers really do appreciate a review, any review. They don’t only sell our books but it’s like being offered a tip for work done well. It makes us feel appreciated, and, I hope, makes the reader feel good as well.

*Snippets of reviews taken from Amazon, Goodreads and book blogs.

Louise Wise is a British author. She lives in the Midlands with her husband and four sons, and works as a pharmacy technician.  Her debut novel is the acclaimed sci-fi romance Eden, which was followed by its sequel Hunted in 2013.  Her other works include A Proper Charlie (romantic comedy), Oh No, I've Fallen in Love! (dark, comedy romance), and Scruffy Trainers (a collection of short stories). She has written numerous short stories for women’s magazines including Women’s Own and Take a Break.