The Tyranny of Three: Misha Herwin 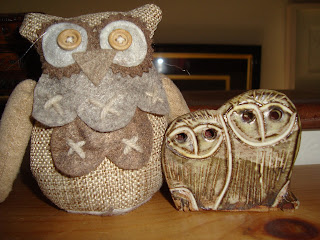 Three little pigs, three bears, three fairies in the Disney version of Sleeping Beauty. The number three seems to have a resonance that it almost magical, or is there something hard wired in the human brain that responds to a triple repetition?

Religions all over the world centre round the concept of Trinity. The Christian Church worships God the Father, The Son and The Holy Ghost, while in Hinduism the Trinity is Brahma Vishnu and Shiva.

In Classical and Medieval times the world was divided into Earth, Heaven and Hell and such is the universality of this concept that the Cherokee Indians had their Upper World, this World and Lower World.

There is also the rhetorical aspect of the number three. When kids are taught to write persuasive essays they are told to use a word three times for maximum effect.

For a writer there is another significant three, the trilogy. In theory a great idea, in practise very hard to pull off successfully. First of all, you have to get the balance right. With the first book it’s a question of drawing the reader in, then leaving them wanting more. It’s the second which is more tricky, because here the story has to be spun out, the reader still hooked in preparation for the third and final book, when all will be revealed and your characters will live happily ever after, or not.
Some brave people will leave their first trilogy open ended and go on to write another three books. If you have done that I am full of admiration as at the moment I am in process of editing my Y.A trilogy (Title still to be decided).

I’ve written the three books, slowly feeling my way into the world I’ve created and getting to know my characters and what they want/need and where that will take them. My usual working method is to plot out my books, if not in the minutest detail then fairly meticulously, but this time, I’ve found that having finished all three I’ve had to go back and look again at my story arc.

Having the three books ready has given me the chance to foreshadow more subtly in book one and two and also to realize that what I thought was the most important theme in the trilogy is actually not what the story is about. The water from the Crystal Spring is desirable not because, it heals, but because it has other powers, which, like my main character, I only became aware of as I was writing the final book.

The relationships between my characters have changed too as I’ve worked my way with them through their story and as this has happened I’ve had to rethink their names to reflect the people they are. This has never happened to me before. Usually the person and their name comes before the narrative. I know who they are, I just don’t know their story yet.

Some of these changes have come about because of the comments made about book one, by my writing group, Renegade Writers, and brilliant beta reader and friend, Jan Edwards. I am grateful, I really am, but something that I thought was finished, bar the odd editorial tweak, is having to be re-written, from start to finish.

A writer’s work is never done, but if I’d stayed with only one book, my life would have been that much easier.
Christian Church Hinduism jan edwards Renegade Writers three trilogy trinity

glitter noir said…
Beautifully done, Misha. job in chronicling the delicate complexity of getting all three books cut from the same cloth. And: subtly foreshadowing without giving away the whole store.
11 March 2017 at 18:49

julia jones said…
Completely agree with you about the difficulty of book 2 of a trilogy - and am interested by the way an analogy with music doesn't seem to help here - the second movement of a sonata, for instance (the slow movement) often seems to take on a life of its own whereas 2nd books of a trilogy seem inextricably linked to those that come before and after.
A possible word of comfort - I wrote a trilogy and couldn't quite bear to stop spo added another and that turned it into a series which , structurally, seems much less stressful. Best of luck!