Pop It In Your Tummy - by Susan Price

There are some words which, for me, are annoying almost beyond words.

'Tummy' is the worst, especially when used by adults. Even the dictionary defines it as 'childish' and says it derives from a child's pronunciation of 'stomach.' The word to use instead of the horrible 'tummy' is, I think, 'belly.' That's your belly there, hanging out in front of you. It has your belly-button in it. You can do a belly-dance with it. Should you wish.

The 'y' ending might suggest that it's just as childish as (I screw my face up in distaste) 'tummy' but it is not. 'Belly' is an Old English word, worthy of respect for its age: belig, meaning 'bag.' That 'g' at the end of belig would have been soft, pronounced like our 'y' and so it's come down to us as 'belly.'

I might be wrong about this, but I've been given the impression over the years, that many people think there's something a bit indecent about 'belly.' It's a bit too fleshy, slightly rude.


His body was as straight as Circe's wand;
Jove might have sipped out nectar from his hand.
Even as delicious meat is to the taste,
So was his neck in touching, and surpassed
The white of Pelop's shoulder. I could tell ye
How smooth his breast was and how white his belly;
And whose immortal fingers did imprint
That heavenly path with many a curious dint
That runs along his back... 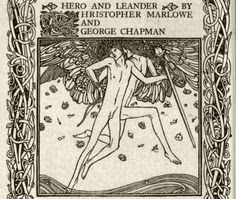 When you say 'belly' the sound starts with a plosive at the lips and then moves to a sort of cough at the back of the throat before rolling out the final 'y.' It has a fleshy and sensuous sound to it.

Whereas, with 'tummy' the mouth purses. It has a mealy-mouthed prissiness about it. And I hate it. Leave it to two-year olds. Or, better, teach them to say 'belly.' (It often makes them fall about laughing, I find. Which further suggests that adults have taught them it's 'rude.') 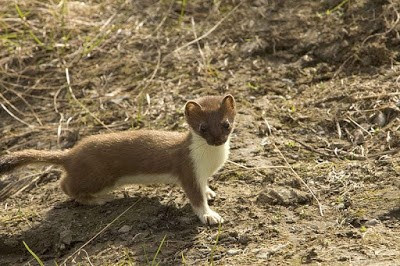 A weasel, just popping out to find something to pop in its tummy. (Wiki commons Hillebrand Steve.)

Pop, pop, pop. Within moments I am chucking things at the screen and yelling, "'Put!' Say 'put'! Saying 'pop' doesn't make it any more %£*&% interesting.'" Except in my house.

Honestly, all those cheery TV presenters saying, 'If you're popping out' and 'just pop us a line' and 'let's pop over' make me want to pop them one.

I asked those unlucky enough to be near me if there are any words which get their goats.

My Scots partner is incensed by the words which his Scrabble dictionary claims are 'Scots' and therefore somehow allowable while most of my English but Black Country words (fowd, jowel, whum) aren't.

'Aa' for instance, and 'em' which means 'uncle.' He's never in his life heard anyone use nine-tenths of them, even in deepest Scotland, and it annoys him that the Scrabble dictionary claims to know his la'land better than he does. Every time he uses one of these words to score 438 points and win another game he complains about it being made up. He suspects Walter Scott of being the culprit, as he cherishes an especial dislike of old Walter as a 'tartaneer' and professional Scot. (When I broke it to him that 'em' is Middle English and used by Chaucer in Troilus and Criseyde, it only made him madder.)

One of my brothers grits his teeth every time he hears 'lever' and 'leverage' pronounced with the first 'e' short and hard. The words, he says, are 'lee-ver' and 'lee-ver-idge.' 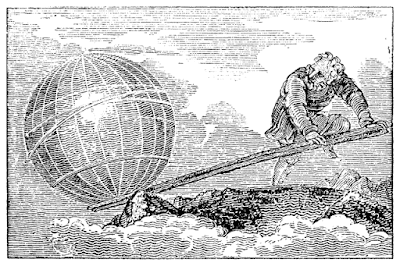 With a lee-ver, he can move the world. If he uses a lev-er, my brother will shove him off that cliff.

Does all American pronunciation annoy him, then? No, it seems not. Just that one word.

I never said it was rational.

I hand over to you. What words annoy you beyond all reason? Or without reason?
Posted by Susan Price at 00:00

I wish all these things would shut up, stop asking questions and stay at home.

Hubby - I just can't stand hubby. It makes him sound like a child. Husband if you must (though that reeks of ownership to me). Partner works best!

Expiration! It's expiry, for goodness' sake! Also, ditzy. What?? It seems to apply to patterns of small flowers but it sounds like 'insane'.

Ooh Sue, you've opened up a right can of worms here! How about poo? A friend of mine insisted that his children referred even to the famous bear as Winnie the Shit (Amid ongoing Scottish grumblings about middle class English wankers who write books to destroy children's minds.)

And at what age do humans become incapable of falling over? Above a certain ill-defined cut off point, people can only 'take a fall' as in 'Oh dear, my ancient uncle is unlikely to make it to his seventieth (or if particularly unlucky his sixtieth), he's taken a fall.'

My own particular black beast is 'our thoughts and prayers are with the whoevers' as if something trite and ridiculous has to be said in case it's thought the speaker/announcer/police spokesman doesn't give what my father would have called a flying fart. (Sorry, do I mean an extreme eructation of poo-gas?)

'Mr Donald Trump has been elected President. Our thoughts and prayers are with the peoples of the free world.' Oh all right then - maybe it does has a place after all...

The one word that really turns me off and if it is used more than once or twice will make me close a book in disgust is the word 'slurped'. He 'slurped' his coffee etc etc etc. I read a book once where the killer 'slurped' ear wax from his victims and it just made me want to heave.

My list would be nearly as long as your post, Sue, so instead I'll just pass on the resigned despair of the lady who works in our newsagent's as she told me her first grandchild was to be called Autumn. 'What are we supposed to call her?' she asked, 'Tummy?'

Presumably your brother is also incensed about the noun "leverage" being used as if it were a verb. If he isn't, he ought to be.
Top of my own list is "Brexit", a hideous abomination which will never pass my lips. It was coined by unscrupulous subeditors, to keep headlines shorter. I also scream (always inwardly, often audibly) every time I hear of a "postcode lottery". "Back-to-back" does not mean "consecutive". When I hear of "back-to-back" wins, I always want to know in which of them the victors were running/swimming/playing backwards. I also dislike people saying "usage" when they mean "use", but want a longer word with more plonth.
I could go on - and often do.

Ha ha this is not good - you have all just added to my own list of irritations! But this piece did make me giggle. Re the fact that children find the word 'belly' hysterical, Jan, do you know the Flanders and Swann song which begins,'Ma's out, Pa's out, let's talk rude! Pee, po, belly, bum, drawers.'

And Winnie the Pooh - I don't think the Milnes would have used that word for faeces, more like Number Two, or something. Whereas you'd often find characters in books of that period saying things like, 'Pooh, I don't care.'

And Jo - yes, I hate 'hubby' too. It has the same twee, lip-pursing feel of 'tummy.'
And I know how your friend feels, Jan. It's often been quite a painful struggle when I've found myself in the kind of company who are almost certainly going to be offended by my asking, "Wheer's yer shit-house?" Do I ask anyway, or do I ask, inwardly wincing, for their 'loo'?

And Bill, you made me laugh as usual. Does she really exist, your lady in the newsagent's, or did you make her up for the joke?

No, I promise you, Sue, that's the exact conversation we had.

Oh yes, all of those! including leverage. A bit mystified by the Scots words, though I sympathise with your partner's pain.

Another pet hate of mine is 'loved ones' - urghh...

Later extra: writing "any more" as a single word, and the pronunciation "arpertoonady".

I don't like 'wise' being tagged on to words: weatherwise, personnel wise, etc. Ugly. Also American.

I do love the words children make up unwittingly. Our family favourite is BOFFMAN. This is what our first grandchild called his bottom when he was learning to talk. It has been transferred from the physical body to inanimate objects in my family now e. g Bunk beds have a top one and a boffman; let's get to the boffman of this; from the boffman of my heart; etc.