A Bit of DIY by Ann Evans 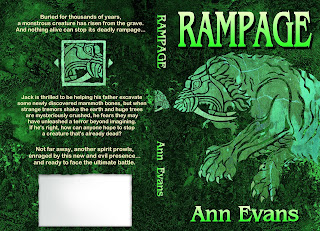 Firstly apologies for being absent last month. I don't know where the time went to. One minute I'd got days to go before I had to write my blog, next minute I'd missed it by two days. I'm hoping it's not an age thing, more a really busy 'up to my eyes' kind of thing.

And one of those things was to try and bring my children's book Rampage back to life. It was published by Usborne back in 2007 as the third book in my Beast Trilogy – The Beast, The Reawakening and Rampage.

As publishers tend to do, they decide they are going to let your book go out of print when you least expect it. In my case it wasn't long after The Beast took top place in the 2013 Coventry Literary Book awards in the raring2read category; and Usborne were offering me as a prize in a schools' prize draw – win an author visit to your school, at The Education Show. So it came as a bit of an unwelcome surprise to get the dreaded letter giving me the bad news so soon after all that.

Somehow or other, I managed to acquire plenty of stock of The Beast and The Reawakening, but Rampage was another story. I soon realised I'd got about two copies to my name. And despite the publisher losing faith in the trilogy, I know from experience how schools love these books, and as I do school visits fairly regularly I needed stock of all three books to take with me.

With copyright back with me for all three I was able to buy back the licence to use the Rampage artwork for 10 years for a certain fee. However, it didn't include the text/title etc. So once again trusty friend and photographer Rob Tysall did a great job in adding the necessary words onto the image. He also did three new covers for when I put the trilogy out as ebooks – which I'm determined to do soon!

But meanwhile, getting the layout for Rampage via CreateSpace was fiddly to say the least. But I got it done finally and sent for a proof. Only then did I realise I'd sized it incorrectly and Rampage was bigger than the other two, the spacing was all wrong, and I hadn't numbered the pages - so back to the drawing board. I think I've got it right now, and I'm currently waiting for a second proof to land on the doormat. I have my fingers and toes crossed.

I'm wondering whether other Authors Electric Indie writers find the technical side of producing their books as paperbacks or ebooks easy or not. How do you feel, is this the best bit after getting the writing done and dusted? Or is it the bit you dread?

I'm planning on updating my 'Become a Writer – A step by step guide' soon, and guessing that it will be a bit of a nightmare. Not for the printed version, as I'll be saving that as a PDF before uploading it, but the ebook version, as it has many chapters, sub chapters, bullet points, indents and so on. A local publisher did all the layout previously, but now I'll be re-issuing it under my own steam. Wish me luck! 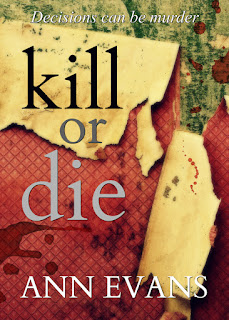 Chris Longmuir said…
I'm wondering whether you used the free Createspace templates for your paperback book. Using them makes it easier to format. However, there are various quirks you need to be aware of when using them as this could muck up your page numbering etc. The thing to bear in mind is that all the formatting is in the page break at the bottom of each page so it is important to remember not to delete the page breaks when you are pasting your front matter and your chapters in. The final page break after your front matter will end the section with no page numbers which allows the next break to start the numbering. It is also advisable to paste each chapter in individually rather than the whole lot at one go. If you have more chapters than the template (I think it gives you 10) then you are better to add the extra chapters in around about the middle eg chapter 8, that way you retain the page break formatting.And when you come to the final chapter ensure it is pasted into the final chapter of the template because that final chapter break stops the numbering from carrying over into your back matter. I hope this hels you understand the process. Good luck with the books.
13 October 2017 at 12:00