Having a go at something new, by Elizabeth Kay

It’s so much harder than I thought it would be. You make your own rules in fantasy, so the plot can head off wherever you want. I’ve always said that a book has to be an adventure for me too, and if I knew too much about the story before I started it would feel flat and unexciting. I always knew where I wanted to end up, but not how I was going to get there. Starting a thriller like that is not ideal, as I soon discovered. I am currently on the eighth re-write of the first few chapters, because every time I think of something that doesn’t quite ring true I have to go back and make sure that whatever I alter doesn’t impact on the storyline later on. So, in the end, I had to do the thing I really hate doing, which was to write a synopsis. I’m not used to it, though. My synopses normally get written once I’ve finished the book. Despite having written it, I am constantly changing things. Let’s have Character B’s wife killed, so that he’s free to become romantically involved with Character B. 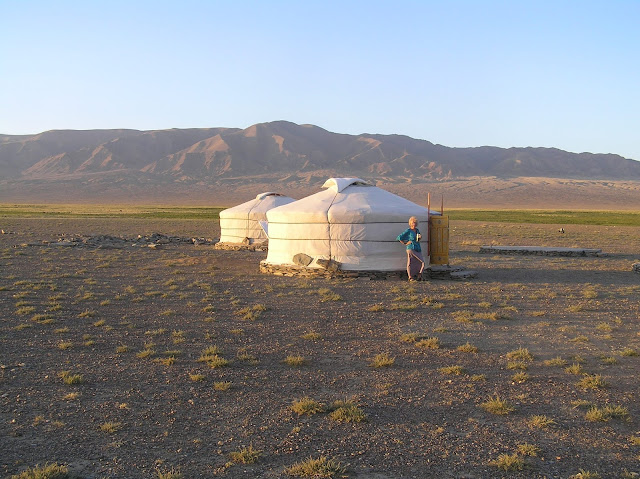 No, let’s have her kidnapped, because unravelling that is more interesting than investigating a murder as you don’t know the outcome. Let’s have the main action take place in Mongolia, an unusual setting, and somewhere I’ve been. Do a bit of research. I was there fifteen years ago, and it’s all different now. That lovely clean, friendly capital city, Ulan Baataar, is now the most polluted city in Asia, and ten times the size it was. The post-communist move back to herding in the countryside, which was working so well, has stopped, and people are moving to the cities. It’s very depressing.

When I did my creative writing MA, back in the Dark Ages, we could select the courses we wanted to do. I decided I wanted to learn something new, so I went for poetry which had always frightened the life out of me. The others all went for things they knew they were good at, to achieve the best marks. I did learn a lot, too, and a few years later I won the Cardiff International Poetry Competition. Although that was very good for the ego, I did eventually realise that poetry wasn’t the thing I really wanted to do, because what interested me was storytelling. So although over the years I’ve written radio plays and articles and short stories, full length books are my real love, both for children and adults.

Therefore, prevented from heading off to unusual places to look for dangerous beasts (am I glad we went to Botswana wild camping last year!) I decided it was time to try something new. Although I’ve written fantasy and contemporary  fiction and erotica, with an occasional foray into the historical, I’ve always fought shy of attempting a detective/mystery/thriller. So with a curtailed life, this was it.

I kept coming up against the restrictions imposed by Covid, until I gave up on the contemporary and decided to set it in 2019. This meant I could start it in Botswana, where I could be confident my memories wouldn’t be out of date. But where to from there? I needed somewhere interesting I could hide a kidnap victim, and that’s easier said than done, what with Google Earth and satellite images and drones. Then I remembered all the bunkers that Hoxha built in Albania, before his death, over 173,000 of them. So I then had to change what I had written that had been set in Mongolia, and re-write it in Albania. I was there in 2016, so not too far removed from the present day.

The kidnap in my story originally took place in Kenya. Moving a victim around the world seemed unlikely, until I hit on the idea of one group selling on their captive to another group. That meant I then had to re-think the kidnap organisation, because there were now two of them. A few days later there were three…

You get the idea. I thought I’d thought everything through, but I hadn’t at all. It’s much harder work than I’d imagined, because on the whole writers like to write and create characters, rather than sitting there working out logistics. At least, I do. I’m up to 16,000 words now, but I have no idea if it will work. I keep getting new ideas, and having to make yet more changes.

I’ve made major changes to books in the past, cutting a 70,000 word adult novel into a 40,000 teenage one, and then to 11,000 for Barrington Stoke. But that’s easy once you’ve got the whole lot in front of you. I am really beginning to understand the term “work in progress”. I normally write very quickly, once I have the initial idea and the ending. I wrote 70,000 words in three weeks, when I had the idea for The Divide. This is so different, though. I don’t tend to give up on things – I will persevere with a book I’m reading, even when I’ve decided I don’t like it very much. It always seems like an admission of failure to leave it unfinished. So I will carry on with this, but don’t hold your breath. 2025? 2030? Of course, by then the world will have changed beyond all recognition but, hey, I set my book in 2019. Like most other writers at the moment, I expect…

Elizabeth Kay said…
Something has gone very wrong with the formatting here, although it looked fine in preview. all the paragraphs seem to have changed their order. Sorry about that, but I hope it makes some sort of sense.
17 September 2020 at 09:34

Griselda Heppel said…
Well all that jumping around certainly kept me guessing! I took it as a clever depiction of all the difficulties you were having with your plot structure, and the randomness of how thought is generated. So er yes, it did make sense. Your thriller sounds very exciting and not a little scary.
21 September 2020 at 15:48