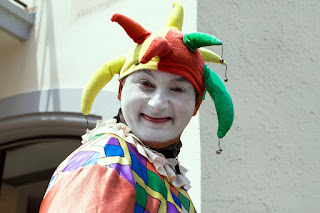 Did you know that Wendy H Jones hosts a weekly podcast called ‘The Writing and Marketing Show’?

She invited me along, thankfully not to talk about marketing. It’s not my specialist subject. For example, last week, I met two neighbours chatting. They asked to buy copies of my latest book. ‘Why don’t you share a copy?’ I said. ‘You live opposite each other. No point buying two.’

Their eyebrows lifted but they didn’t argue. Who would?

No, Wendy interviewed me about humour writing. On this, I’m a touch more secure. I self-published my first book ‘Being Miss’, a funny fictional account of a teacher’s day, in 2014. In Lockdown May this year I had my second book ‘Miss, What Does Incomprehensible Mean?’ released by SPCK Publishing. This time, it’s a funny memoir of a typical school year, in diary form.

I used to think ‘writing funny’ a lesser calling than, say, writing serious novels on gender politics or intellectual plays about social ills. Why couldn’t I be more informed/learned/intellectual, or, as I believe the zeitgeist word is, woke? Those more worthy writers made readers and audiences think, reflect, and re-evaluate their moral compasses.
I have them sniggering, Muttley-like, into their hands, if I’m lucky.

Gradually, though, I’ve realised that making people laugh is one way to make them think, and that humour can handle serious issues. Peter Ustinov, actor, writer, film-maker and famed raconteur, believed that ‘Comedy is simply a funny way of being serious.’ He won Grammys, Tonys, Baftas, Emmys and Golden Globes, Graftas and Tony’s Granny, so let’s take his word for it.

Satire is a clear example. The true role of satire is to point out the misdeeds or vices of those above us in society, although who the queen picks on if she fancies satirising after tea on a Friday, I don’t know.

So, the TV show Mock the Week, or political comedians such as Nish Kumar, rip away the facades of our politicians to expose their (alleged) ridiculous or immoral attitudes. Seventeenth century Moliere, playwright and actor, would have approved. He said that the duty of comedy was to correct men by amusing them.

But there are other kinds of comedy that zoom in on serious issues regarding the human condition. What about Bridget Jones’ Diary, or Miranda – both tales of hapless females bumbling their way through life? Amongst the humour, their writers deal with loneliness, isolation, the pressure to be in a relationship, insecurities about self-image: all universal relatable angsts. As we observe the characters’ trials and disasters, and laugh, we are comforted. No, it’snot just me.

It’s telling that the classical comedies, unlike tragedies involving nobles, autocrats or kings, often concern the lives of ordinary people, those at the lower end of society, those with a chance to rise. We cheer them on as they battle through towards a neat resolution, making us laugh along the way.

‘Comedy is an imitation of the common errors of our lives,’ said Philip Sidney in the 16th century. Five centuries on, I reckon old Phil had a point. 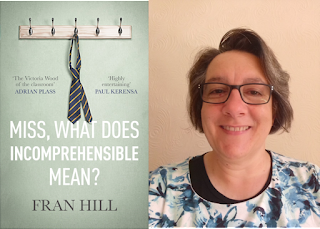 Fran Hill tutors English and creative writing from home, currently - ineptly - via Zoom. She writes in many forms including fiction, memoir, articles, blogs and poetry. She's a paid-up member of The Society of Authors and the Association of Christian Writers and lives in Leamington Spa, the town of her birth many, many years ago. Her Book, What Does Incomprehensible Mean, was published during Lockdown 2020

SC Skillman said…
Thank you for this Fran. Comedy is very powerful in shining a light on dark places in our lives and society. From Aristophanes on we have seen plenty of examples of that. Satire rules!
16 September 2020 at 09:51

Ruth Leigh said…
You really know how to write funny, Fran. You've cornered the market and you make us think while making us laugh.

Deborah Jenkins said…
This is all so true and comedy writing is IMHO a high calling. It provides us with so much and most of all can help with a bad day. Lifting others up is what preachers, counsellors and advocates do. People with a calling to make others laugh do the same. A great post.
16 September 2020 at 13:24

Without humour, life would be unbearable, especially now.

Thanks for sharing your talent. :)