I see a lot of posts on social media about whether to write in first person or third person, if a story should be in past or present tense or if it’s OK to use one or more of the above at the same time. I’m not sure why anybody thinks they need permission to do anything. You can do what you like how you like and when you like – although in my opinion it does help to know what the rules actually are, so that you can break them properly and carefully, as opposed to driving a tank through them and leaving the poor little rules squealing on the ground in pain …

I find with novels, I’m best using third person past tense. I can’t really sustain anything else for the length and depth of writing that a novel really needs. I have a lot of admiration for writers who can gallop along in first person without tying themselves up in knots, but I can’t do it. I like to get up close and personal with my characters, but they are not me and writing first person seems odd to me in anything longer than a short story.

But short stories are a different matter. I’ve been writing a lot more of them in recent years and I like to play with a short story and experiment with different styles. I’ve done chatty – with lots of asides to the reader – The Leaving of Liverpool – and I’ve done the unreliable narrator in I Remember Everything; I’m still not sure if he was a little crazy because of the creatures, or if the creatures were an effect of the craziness. I like that ambiguity. I’ve done first person and third person (never quite managed second, I confess) and I’ll flip tense quite happily mid-paragraph if it suits me. The difference is that I know exactly what I’m doing and why I’m doing it and the effect it will achieve.

I also like to use the structure of a story to reflect the content and drive the narrative. I once wrote a story as a countdown – Ten to Nine – ten scenes each starting with a number. Five cars in front at the traffic lights. Two children she loved very much. Get the idea? With each scene shorter than the previous one, it focused the story right down to the final passage where we got the one. Or the story where I wanted nine scenes to reflect nine months/days of a pregnancy – The Fairest of Them All.

The advantage of a short story of course is it doesn’t have to be sustainable for more than a few thousand words. It’s a snippet, a view into another world and it doesn’t matter that I have no idea what happened before or even what happen next. The world-building is irrelevant because it’s only the here and the now that matters, and if that here-and-now makes you believe in my character, then it’s worked. I’m finishing up a short right now that has more intentional ambiguity in that you never quite know what it is you are reading or where it is set – my character has no past and no future, but that’s OK because I only care about her now. 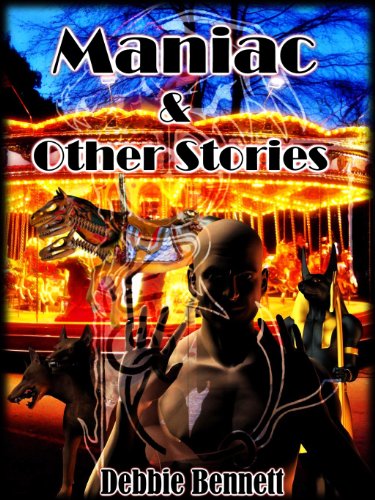 You can do things in a short that you’d never dare in a novel. Moira is about a split second when a middle-aged childless woman thinks of snatching a toddler from a shop. It’s more of a chicken wing than an entire KFC dinner – a tiny bite of an idea that works in 1200 words but would never survive anything longer without disappearing into a morass of judgements, mental health and child neglect. And some of my novels are pretty dark, so I know about this stuff! But the short format keeps it light and it works.

My shorts have appeared in a variety of places from Bella magazine to numerous in-print and online anthologies and my own collection. You can check them out via my Amazon author page.

Bill Kirton said…
Fascinating to be allowed into your working methods, Debbie, and to compare the different techniques and their outcomes. I'm with you, too, on the flexibility of the short story form - not only as the sole writer but also in collaborations, such as those I've written with Eden and other friends. Despite the fact that I feel as if I've been writing since Shakespeare was a lad, I'm still learning things - especially from co-authoring.
6 September 2020 at 10:54

Peter Leyland said…
This is a really interesting discussion of style Debbie. I am not a fiction writer but am playing with ideas of first and third person in memoir writing. I like storytelling and would like to model a memoir on Nick Carraway’s telling the story of Gatsby in Fitzgerald’s book. I will look for your short stories on Amazon. As a Liverpudlian The Leaving of Liverpool intrigues me - which one is it in?
6 September 2020 at 10:55

Debbie Bennett said…
The Leaving of Liverpool is in the Knife Edge anthology - but I think it's now out of print. I can send you a PDF if you want to read it? I'll probably do another collection when I have enough stories (many are still out in the world and while I don't think any of the publications demand exclusivity, I wouldn't publish them again for a few years).
6 September 2020 at 17:07

Umberto Tosi said…
Got me thinking again, Debbie. Your observations carry the weight of being informed by experience. The post could well be grist for a Zoom workshop about points-of-view overlapping or not, depending. I wrote Ophelia Rising in multiple voices - as a collection of discovered journals and other documents about the protagonist's Elizabethan Era life. Currently, I'm well into a detective novel all in the first person, where I feel alternately trapped and most comfortable. Thanks for your perspectives.
6 September 2020 at 17:09

Eden Baylee said…
Hi Debbie, great to get a glimpse into your psyche.

I LOVE short stories and understand exactly what you mean about their difference from novels. I write flash, shorts, and novellas much more easily than full-length novels. The longer timeline it takes to write a novel is a challenge for a pantser like me.

Short stories, on the other hand, tend to present themselves in their entirety from the start. The 'slice of life' is the draw and any backstory is not only unnecessary, but it detracts from the crux of the story.

This quote from an anonymous source is one of my favourites:

“Life is a handful of short stories, pretending to be a novel.”

janedwards said…
First or third person is always tricky one. I've used both for novels and short fiction and to some extent I think the narrative makes that choice for me.

I am not a great fan of present tense, though it can work in the short form. Sustaining it over a novel length often feels artificial - to me at least.