Getting, and giving back - Mari Biella

It’s been over eighteen months since I first dipped my toe into the self-publishing ocean, and it’s been quite a journey. I’ll be the first to admit that I wasn’t particularly well-prepared at the outset. If any potential self-publishers were to ask my advice now, the first thing I’d tell them would be to learn everything they possibly could before they hit that ‘publish’ button: to trawl the internet for information, speak to self-publishers, and know precisely what they wanted and what they could realistically hope to achieve. It wouldn’t necessarily be plain sailing, and self-publishing is one of those activities you learn by doing. But forewarned is forearmed, and at least then they’d have a reasonable idea what to expect. 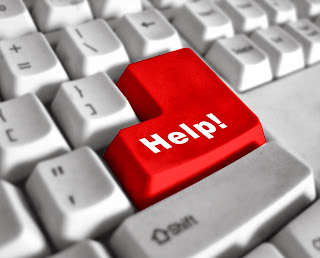 Hindsight’s a wonderful thing. As I say, at the start of my journey I was rather unprepared. I stumbled around, searching for the right road, and there were a few surprises along the way - some discouraging, and some so disconcerting that I once or twice considered un-publishing and quietly retreating into absolute (as opposed to relative) obscurity.

One of the things that stopped me doing just that – and one very pleasant surprise – was discovering just how friendly and supportive a place the self-publishing community can be. Having heard some horror stories about literary rivalries and rows, I was initially quite worried about this. Was I going to get embroiled in Facebook fights? Chatroom spats? Forum feuds?

To my immense relief, this never happened. Wherever I ventured – in the blogosphere, on social networking sites or forums – the response from other self-publishers was at worst cautiously polite, and at best exceptionally warm and encouraging. I was surprised, and touched. Within months, I’d forged some good, if virtual, friendships. Say what you will about self-publishers, but there is a sense of camaraderie, a feeling that we’re all in this together. That’s not to say that rows don’t occur – I’m sure they do – just that they’re far less frequent than you might imagine, and outweighed by genuine goodwill. Self-publishing is not just an activity, but a community – and, like any community, it relies upon individual members giving something back.

Straight away, any mention of ‘giving back’ might raise some hackles. In the world of self-publishing, mutual support is sometimes dismissed as a cynical ‘you scratch my back and I’ll scratch yours’ exercise. It raises the grisly spectre of the quid pro quo, of desperate indie authors giving each other’s books gushing five star reviews whether they liked them or not, or indeed whether they read them or not. It evokes visions of spamming campaigns and irritating promotional blitzkriegs. Such is the unflattering image that still clings to self-publishing – and it is absolutely not what I’m speaking about. On a purely personal level, I’m speaking about paying back some of my karmic debt.

Obviously, there’s a limit to what an individual can achieve, especially when – like most of us – you don’t have much in the way of power or influence. There are, however, certain things that almost anyone can do, the most obvious being to buy and read other self-published authors’ books. You can leave reviews on sites such as Amazon and Goodreads. Since self-publishers don’t have marketing departments behind them and rely primarily on word of mouth, you can help by mentioning them on your blog, or on Twitter and Facebook. You can visit authors’ blogs and websites, leave comments, and ‘like’ posts – none of which may be very much use in and of itself, but can shore up flagging spirits.

In fact, all of us probably have something that other people might want or need, some kind of know-how. You might read and comment on writer friends’ works in progress. Perhaps you’re a whizz at formatting, or an initiate of the dark arts of marketing and publicity. Perhaps you can unravel the mysteries of Amazon’s algorithms, or have navigated the intricacies of Smashwords’ Meatgrinder and lived to tell the tale. Even if you can’t do any of these things, you can almost certainly offer something, even if it’s only sympathy and a friendly ear.

Being a self-published author can be lonely work. There’s no publisher or agent waiting in the wings with advice and assistance, no established network of encouragement and expertise. The burden of your success or failure (however you define those terms, which is a rather different question) rests entirely on your shoulders, and the prospect can be a terrifying one. The obvious answer is for self-publishers to stick together, and provide some of that missing backup system.

It’s the New Year and, while I’m not a great believer in the tradition of making resolutions, I’ve pledged to do more to ‘pay it forward’ in 2014. To buy, read, and review more. To visit more blogs and websites. To do what I can, whatever it may be, and however humble it may be.

It’s not much. It won’t change the world. But it might help to strengthen the support structure from which I’ve already benefited.
Posted by Mari Biella at 00:30

thanks for your advice - not sure if I've the courage to self publish - but glad to know about someone who has done and has survived!

As someone who has published both ways I would like to add that I've received far more support and encouragement from the indie community and fellow indie authors than I ever did from my trad publisher. Far from waiting in the wings with advice and assistance, my trad publisher vanished off the stage after publication.

I echo Chris's comments - having been a traditionally published author for 20 years and experienced the rivalry, tit for tat reviewing and ruthless exploitation that exists in that world. Supportive it was not. But the Indie world IS!! I feel part of a community. Welcome to it Mari!!

I was traditionally published for over forty years and witnessed a gradual decline from editorial support beyond the call of duty through indifference to something which could well be interpreted as 'restraint of trade.' Ours is the self-help world at a high level. I recognise the cynical version of self-help which you describe so eloquently and accurately, but when we've got the amazing blend of creative talent, critical acumen and sheer personal trust which exists on this blog, we're in a different world entirely. And, Mari, The Quickening is as good as Susan Hill any day.

Yes, Chris, Kathleen and Dennis have all said it already, what you say about the indie community is spot on, Mari. The mutual support is genuine. We'd all be poorer without it.

Would like to agree with pretty much all of the above, except that at the moment, I'm working with a traditional publisher in a million - Saraband. Most collaborative and positive trad publishing experience I have ever had, and there have been a few. Rarer than hen's teeth and all the more welcome for that. But that doesn't stop me from being an indie writer/publisher as well. And there too, the mutual support and warmth is genuine and excellent. It's the kind of support you can also get from a good writers' group and I think those who are exclusively traditionally published dismiss or ignore it at their peril - because it is definitely the way of the future.

I'm proud to be part of a group that feels like this - and that these things can be truthfully said of. And I second what Dennis says about Mari's book, The Quickening. It's terrific.

Thanks for all the comments - and for your kind words, Dennis and Susan. I'm quite surprised to hear that some people have had such bad experiences with traditional publishers - I'm glad you've found an exception, Catherine! And I agree that mutual support is the way of the future for all of us, whether we're indie, trad published or hybrid.

Having got as far as acquisitions meetings and then been bounced - twice - I've never been trad-pubbed. But I love the indie world for all the reasons you mention. I've made so many friends and learned such a lot in the past 3 years.