Reflections on a Photo Shoot: Part 1

For all that, some savvy pros have reinforced their 'brands' with photos commanding us to give their work a look. Here is a small gallery containing a few of my faves: 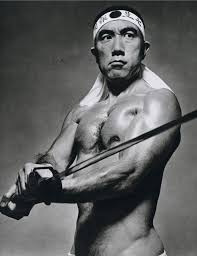 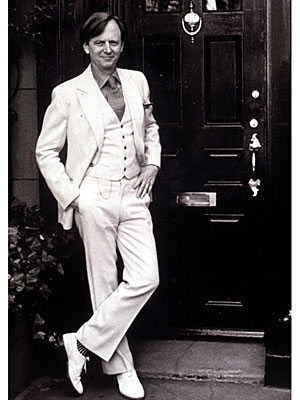 Since entering the online arena two years ago I'd thought about getting a photo that packed some magic of its own. The shot I had been using, the only one I had, was taken--well, a while back. I no longer smoked, to start with. And the old moody look seemed old hat.

So I hit the gym and lost some weight, hoping to channel the image of my fictional hero, Boss MacTavin. Then I set out to find a photographer. And here is where my tale begins to suggest a Saturday Night Live skit. In two years I dealt with four photographers, offering half the fee upfront if we could meet to discuss the shoot. Long story short: nothing happened. Not even a ten-minute meet. I despaired. I wasn't getting any younger and I saw the vision sailing.

In December, though, an email came from an unexpected source. A California-based photographer whose fee would have been way beyond me had read of the crash of my laptop. And he'd liked the fighting spirit I'd shown in rewriting my lost manuscript. He'd be in Charlotte on business one weekend in December. If I was free, he'd give me an hour of his time.

Part 2, next month, will chronicle the shoot. Here were my goals going into it, though:

1) I'd make use of an insight I'd chanced on: if traditional publishing is like Big Screen entertainment, then digital books are TV. The authors/actors who succeed are those who master the difference. An online author would need to be seen as open, warm, accessible--the equivalent of an actor we'd want in our homes weekly.

2) In channeling Boss's rugged spirit, I'd avoid any macho posturing. No Fu stances or raised fists.

3) We should try to suggest, instead, Boss's athletic side. Or a a sense of energy.

Finally, an artist in a jaunty cap arrived from Southern California. And I did three things--one shocking, one thoughtful, one careless--that helped determine the course of the shoot. The photographer, though, had a trick up his sleeve that resulted in serious magic.

How can we not include one example of an ill-advised author photo? Here's Papa in a different mode:


I'm in two minds about author pics. While a part of me wants to see a picture of them, another part invariably goes 'What? They look like that?! That's not what I imagined them to look like!' It can be disillusioning ...
12 January 2014 at 07:49

glitter noir said…
Mad, I agree that photos are a gamble and often disllusioning. But I don't think physical beauty (Donna Tartt aside) has much to do with the subject. The photos that catch my eye have a something-about-them-ness that catches our attention. I might have added a photo of Kurt Vonnegut, for example. Anyway, that was my goal in my shoot. And time will tell if we succeeded.
12 January 2014 at 18:23

glitter noir said…
Other famous photos/pictures that come to mind: Sue Grafton's brilliant cute-as-a-button first photos...Janet Evanovich's equally savvy use of the camera...ebook thriller titan Claude Bouchard's avuncular photos, used to offset his cruel, bloody books...and the steel engraving of Walt Whitman in a slouch hat, hand on hip, posing as 'one of the roughs'.
13 January 2014 at 15:46

Pauline Fisk said…
My prospective German publishers wanted a photo of me. They sent me to meet a man at Euston Station. We sat in the coffee shop there and talked about where to take the pic. It all seemed very low-key. Happy Snappie almost. Definitely the photographer didn't want to do studio type pics. To illustrate what he was after, he pulled a bunch of photos out of a rather tatty looking bag. One was a Bruce Chatwin that I'd seen in the press and a number of books. Then there was Jack Kerouac with a cat. Have you seen that one? It's always popping up, so's the Samuel Becket one ['we shot that in an alley round the corner from here']. Other too. Edna O'Brien, Muriel Spark - oh, I can't remember the others, but It turned out this unassuming man I was drinking coffee with had spent his long career travelling the world to photograph authors. In fact he'd photographed most of them, he said. Who hadn't he photographed, I asked. The answer came back straight away, with regret. 'Gabriel Garcia Marquez.'

If I've ever doubted that I was a 'proper writer', I definitely didn't doubt it that day. The photographer's name is Jerry Bauer, by the way. The German translation of Sabrina Fludde never came out, but I still sometimes use the photograph [even though, ten years later, it's a bit out of date]!
28 January 2014 at 15:35