Nick Green: A Hobbit Tribute (as retold by Dr. Seuss) 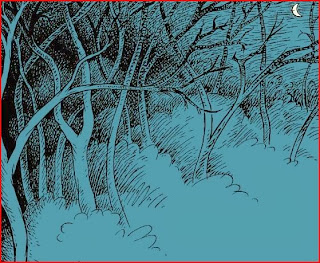 Mirkwood was murky as murky could be
Murk lurked in each glade and each glum shrubbery
With cobwebs and shlob-webs that swagged every tree
In loomings and gloomings of dark sorcery.
No sunbeam could slip through those corpsickly pines
No glow could untangle the strangulous vines
There wasn’t a glimmer! There wasn’t a glim!
Oh, never had Bilbo seen forest so dim.
The dwarves all were grumbly with rumbling tums
For most of their food was now chowed down to crumbs.
The hobbit was famished with ravenous fam 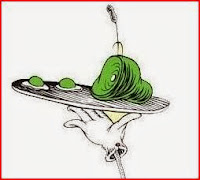 Their poultry was paltry, they’d finished the ham.

They tried shooting squirrels as black as coal tar
But which tasted the same, and one doesn’t go far.
Those thirteen-plus-one had no lunch, not the least –
When suddenly – wondrously! – there lay a feast!

A shizzling of torches blazed out of the wood
Which moments ago had been black, and a good
Smell of cooking, and singing! came winging this way 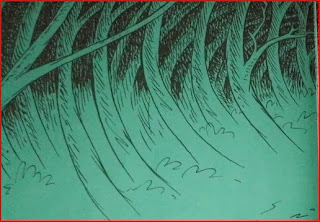 And “We’ll have some of that!” Bilbo heard Thorin say.
“You go!” said the dwarf, “For of you they won’t be
Quite so scared.” (Although Bilbo thought, “What about me?”) 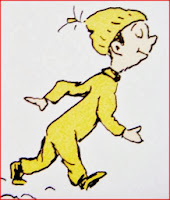 So the hobbit crept into the glade to say “Please”
But the second his hairy foot trod through the trees
In one puffulous puff every lantern went snuff!
Here was darker than There, and There was dark enough.
Of revelers merry was left not a hint
Not a glint of their fires, not an After Eight mint.
And Bilbo lay dizzified, mazed in a dream
Of scrumptible hot cakes and roasted ice cream
A sumptuous banquet his friends could not share
Till, waking, he cried out in fear, “Are you there?”
To find the dwarves gone was one ghastly surprise
Not so bad as the next one: a red pair of eyes!
But two eyes were lonely, so here gleamed two others
Right over a third pair, as close as six brothers.

“Insect eyes!” Bilbo cried as he jumped up to flee
(For he was no wiz at Ent-Tom-Ology)
Then flat on his face he fell, fuddled with dread
In a mesh and a muddle of thick spider thread.
In no time at all he’d be wrapped up with cord
But Bilbo, thank goodness, remembered his sword
That short elvish pen-knife of just the right size –
Out it swished with a swash, and he slashed at those eyes.
Well, if ever you’ve poked out a spider’s six peepers
You’ll know they don’t like it; it gives them the jeepers
(It’s on their hate-list after plugholes and slippers).
This giant arachnid, attacked in mid-meal
Went bonkers berserk, till a fresh flash of steel
Quite abolished its abdomen, thorax or head –
Anatomy schmatomy, that thing was dead.

The hobbit stood shaking, alone in the night
Chalk white from his bug-eyed long-leggedy fright
And wishing, I’m sure, for more friends, light, or height.
But he wiped on the grass the beast-blood from his blade
And slowly began to feel not so afraid.
Bilbo gazed at his sword in the gloom glistening –
“I will give you a name,” he said. “I’ll call you Sting.” 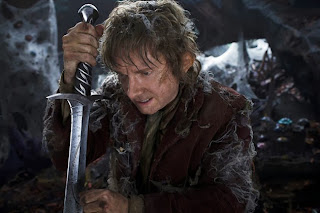 madwippitt said…
Fabulous! Loved it! You are such a clever smarty pants - now get back to writing another book please!
3 January 2014 at 07:39

Dennis Hamley said…
Terrific, Nick. Brilliant versification. Had me in fits. thanks.
3 January 2014 at 13:13

Bill Kirton said…
This is excellent parody, Nick - not just the rhythms but also the word-play are brilliant evocations of the great Dr Seuss. I read Yertle the Turtle so many times to my kids that I can still recite it from memory (and those kids now have 8 of their own).
3 January 2014 at 13:32