The King and I by Ann Evans 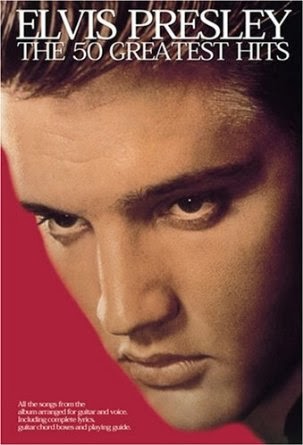 Hope Santa brought you everything you wished for at Christmas. One of the nicest presents I received was a book on Elvis Presley and a CD of some of his greatest songs. It was the King's birthday just five days ago. He would have been 79 years old had he not died back on 16th August 1977 aged only 42.

Over the years family and friends have chosen Elvis memorabilia when thinking of what to buy me for Christmas or birthday as I've been a big fan since school-days. In fact as I sit here writing this blog, my coffee mug has a picture of Elvis on it. So nothing changes!

I first became a fan as a ten or eleven year old after seeing GI Blues when Elvis played Tulsa McLean an American GI who falls in love with nightclub dancer, Lili, alias actress Juliet Prowse.
But before you all start thinking I'm really sad to have remembered the fine details, I had to get a quick reminder from Google!

At school in the early sixties there was always argument between my class-mates as to who was best, Elvis or Cliff Richard. Well it's obvious isn't it...

As a fourteen-year-old I remember my dad taking me along to Brent Town Hall in London for an Elvis convention. That must have been quite something, as we lived in Coventry and we didn't have a car, so dad must have taken me on the train or coach. just the two of us, brothers and mum left behind. A special outing, because dad died only five years afterwards.

At the convention I recall that they played the film Love Me Tender with Elvis playing the character Clint Reno who tragically dies at the end, but his ghostly image appears on the screen singing the heart-wrenching song, Love Me Tender - which reduced lots of us to tears at the time. 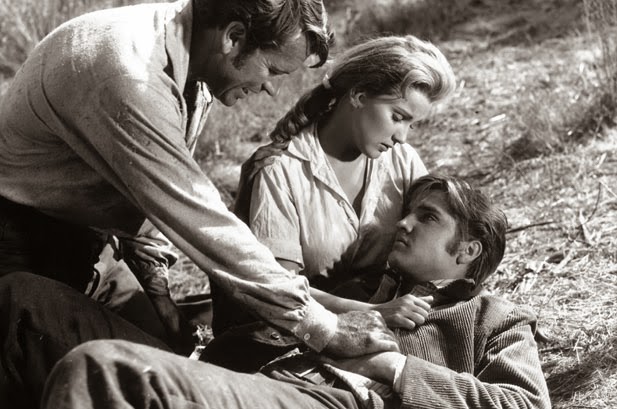 For some reason the organisers gave me an Elvis pendant on a chain which you could slot a tiny concertina of Elvis pictures into it, and have a different picture on view whenever you liked. I still have this today and actually wore it again for a 60s themed party a years ago.

Amazingly, (isn't Google wonderful) I was able to find something about about this particular day. It was actually the very first Elvis Presley convention in this country (maybe anywhere?) and it had been organised by The Official Elvis Presley Fan Club of Great Britain and the Commonwealth. Possibly it changed its name to the more snappier title of The Elvis Presley Appreciation Society, as both names are prominent in the darkest recesses of my mind. 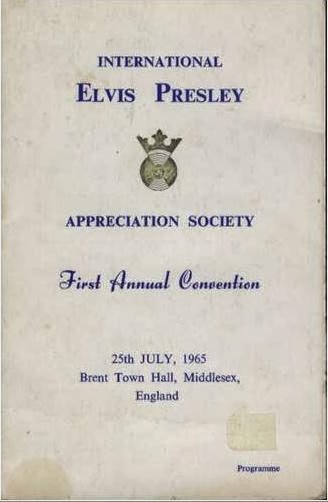 Google reminds me that the subs to join the fan club were 11 shillings (55p) and I can only thank mum and dad again for forking out that amount of money on me. I tidy sum in those days. Every month I would get my magazine Elvis Monthly, edited by by Albert Hand who lived in Heanor Derbyshire. I've still got a pile of these old A5 sized glossy magazines that were full of articles and photos about Elvis. 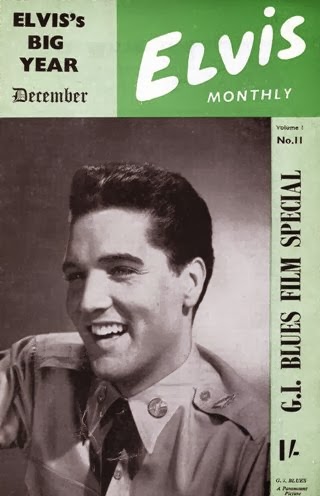 Talking about photos my bedroom didn't ever need redecorating as it was covered from ceiling to floor in pictures of the King – and it stayed that way until I got married and moved out. Sadly mum re-decorated when I was on honeymoon or all those old pictures would now be in my attic instead of lost forever.

So, thank you Santa for the Elvis book which prompted this trip down memory lane. How about you, did any of your Christmas presents lead to forgotten memories?

Out now: Become a Writer - a step by step guide.  http://www.waterstones.com/waterstonesweb/products/ann+evans/rob+tysall/become+a+writer/9306758/

Chris Longmuir said…
Sorry you lost all your old photos, but I bet your mum couldn't wait to get that room redecorated once you were safely out of the way! Great post.
13 January 2014 at 10:19

Ann Evans said…
Thanks Chris. Yes, I think she was hovering with scraper and paintbrush behind the door!!

Lydia Bennet said…
aw fandom is great, I love it when people are really enthusiastic about something or someone! I've noticed books or poems which mention famous people in their titles often seem to do well...
13 January 2014 at 12:04

Kathleen Jones said…
That really took me back Ann! I was a member of the Official Elvis Fan Club and my dad had to get an international coupon to pay the subscription in dollars. Like you, I had my bedroom pasted floor to ceiling in Elvis pics. Sat 3 times through Love me Tender in the cinema. Still go weak at the knees when I hear his voice on the radio. Oh boy...... he was the real thing.
14 January 2014 at 10:58