Can our kids go gender-free? Yes, if we'd let them, reckons Griselda Heppel

We may just have come to the end of the summer holidays but anyone watching BBC Two’s fascinating class room experiment with 7 year-olds, No More Boys and Girls: Can Our Kids Go Gender-free?, should feel they’ve had a lesson they’ll never forget.  By challenging some of the silly stereotypes that children of this age have, sadly, already taken on board, the idea was to show all of them, whatever sex, that with regard to what they want to do in life, the sky’s the limit. ‘Everyone can choose to be anything they want,’ cried one boy after discovering that, just as girls can become car mechanics and architects, so can boys go in for ballet and make-up artistry.  Hurrah!

Good news though this is, I can’t help asking – why is it news? How, in the name of our children’s health, did we get to the point where 7 year-olds – interviewed before the experiment - have already decided that ‘girls are good at being pretty’ and ‘boys are better at being in charge’?  Nearly 100 years after women won the vote and with rafts of Equal Opportunities and Anti-Discrimination legislation on the statute book, sexist stereotypes are aliver and weller than they have ever been.  I’m so cross I don’t even care that those aren’t words.

Because while we can all be guilty of following – instead of questioning – traditional lines of thought, the real villains are those creating traditions that were never there before.  Yup, the manufacturing companies. The people who tell us not just that boys wear blue and girls wear pink (yawn, yawn), but that boys’ shoes are Leaders, tough enough to run around in, climb trees and yes, you’ve guessed it, be in charge, whereas girls must wear flimsy Dolly Babes (thank you, Clarks, who until now I held in high esteem). 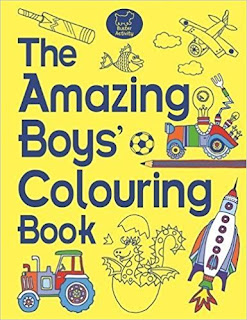 Even such a basic activity as colouring isn’t immune, with The Amazing Boys’ Colouring Book (‘from wacky robots and machines to exciting space scenes, medieval knights, massive monsters, motor cars and much, much more’) paired with The Gorgeous Girls’ Colouring Book (‘dolls' houses, flowers, cupcakes and quilts, exotic fruit, feathers and fairytale carriages). 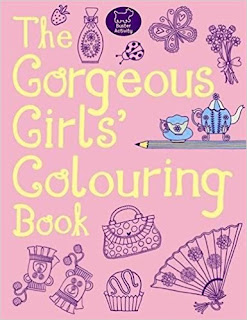 When challenged, the standard response from toy/clothes/shoes/book/household goods manufacturers is that they’re giving customers what they want – an outrageous claim, since the very creation of gender-based products removes all choice of buying universal ones. Sneaky, too, since the real reason is screamingly obvious: profit. Divide the market and you double it. Buy pink wellies for your daughter and your son will refuse to wear them, so you can’t pass them on and will have to shell out for new blue/black/grey/spiderman/whatever ones for him.

Indeed, when it comes to merchandising, the manufacturers go further: Skye, the only female character from the popular series, Paw Patrol, is inexplicably absent from ‘boys’ wellies,

while with Peppa Pig, Peppa herself is reserved for ‘girls’ items and the poor lads have to make do with George.

As a children’s writer, I find this very depressing. We are told all the time that girls will read stories about boys, while boys won’t read ones about girls. From my talks to boys in all kinds of schools, I’m convinced this needn’t be the case; but if the message feeding through from infancy is that adventure, excitement, climbing trees, fighting monsters, building space rockets and flying to the moon are for boys only, who can blame them for assuming that a book with girl characters won’t have any of this kind of stuff?

Both hero and villain of my first book, Ante’s Inferno, are girls, with a boy being the other main character. My next title, The Tragickall History of Henry Fowst, is peopled almost exclusively by boys; while the cast of my current wip, The Fall of a Sparrow, is nearly all girls. I don’t do this deliberately, it just happens. In all of the books, much is demanded of the main characters: bravery, quick-thinking, endurance, survival, a willingness to risk injury – even death – in pursuit of their cause. I hope this is what will count when arranging school visits, not the sex of my characters; but I know from bestselling writer Robin Stevens’ experience that I may have a fight on my hands. 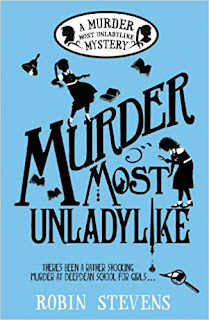 The author of the brilliant detective series for children beginning with Murder Most Unladylike, in which 12 year-olds Daisy and Hazel solve crimes, has had to stipulate that while she will happily visit single-sex and mixed schools alike, she will not speak to an audience of only girls in a mixed sex school.

Of course boys and girls are different. But not as different, not so divided on strict gender lines as our commercially-based society is teaching them today. Baby boys used to wear dresses, for heaven’s sake. In Elizabethan times, they wore dresses until the age of 7, when they were ‘breached’. By offering our children from babyhood onward this riot of supposed choice, all we are doing is building shades of the prison house around both sexes.

Which is incredibly sad.


and her children's books:

The Tragickall History of Henry Fowst
Posted by Griselda Heppel at 00:30

It was fascinating, wasn't it? As a grandmother I find myself looking anew at my grandchildren - and really difficult. My granddaughter, with a fiercely feminist daughter, loves her pink and frills - where does that come from? The marketing people? Her father is an artist, and so we all reject the idea that her love of crafts in gender-based. Meanwhile the boys are like puppies - they love nothing more than racing around with a football and are pent up and irritable if they have to stay in all day - does that also reflect a marketing ploy to sell footballs?

What I found most depressing was the influence of media and marketing, which feels to me to be getting worse - and reinforcing differences to the detriment of both genders.

Absolutely! Maddening as a parent of an 18 month old. The fit of clothes is also appalling, apparently female toddlers require slimmer fit. Pretty gross when you think about it. This is brilliantly written and should be shared farer and wider!

Yes - I think things have really got much worse since my young day! I suppose it's because of the increase of consumerism in all areas of life. My brother and I used to play with the same toys, more or less until we hit our teens, and I don't think the styles of clothes were as dramatically different between the genders as they are now.
I can't help feeling that the girlification of female children (and in some cases adult females) also has something to do with the divergence between the genders in studying different subjects and working in different fields too. I was horrified to find that when my son studied computing and electronics at university there were no girls in his class at all, and even a field that doesn't demand physical strength like computer programming seems to have fewer women in it now than when I worked in it nearly 50 years ago.
You're quite right that this doesn't do anyone any favours, boys or girls.
(sorry, you've set me off now!)

Ha ha Cecilia, I'm so glad I set you off! There are so many problems here, as you say, that it's difficult not to get worked up about it (I find, anyway).

Thank you all for your supportive, thought-provoking comments, drawing on yet more experiences of unnecessary (and damaging) gender demarcation. I agree, there never used to be such a divide in children's clothes: tee shirts, jumpers, jeans, outdoor shoes, wellington boots, duffle coats (that dates me!) were pretty much the same design for boys and girls and easily shared among siblings. Many people think this is a fuss about nothing and does no harm but it does, when stupid slogans on tee shirts tell girls that only boys can study science, maths and IT, while telling boys that only girls are allowed to have emotions. What a way to treat both sexes.

And I'm all for boys running around with a football and girls too (who in my experience needed just as much outlet for blowing off steam after school as their brothers!).

You are so right. WE find ourselves falling into the stereotypes. Very well said.

So agree, Griselda! Trying to buy things for our grandson, find shops stuffed with girly pink dresses and 'girls' toys' - endless princess stuff and more dolls than were out there when ur daughter was young. Pink and girly is what manufacturers like best ... Leo (grandson) is both keen to bash things and be rough, and to stop, look intrigued, beguiled, and delighted, and stop to really listen to music - even quiet music... (oh, aged one ... hope it continues!)