In a minute I'll get to the rotten bitch who inspired this true fable. For now, true to form, I'll stand the writin' rules on their little pointed heads and start off with the moral:

Familiarity with writers may breed worse than contempt: neglect.


This moral evolved from three hard-learned lessons. (And don't fret, the rotten bitch is on her way.)

1) Many readers believe the best writers are dead.

2) Most readers prefer living writers to be remote, unreachable, even a bit otherworldly. The less known about them the better, for a myth is as good as a mile.

3) Some readers who are thinking of planning to write enjoy putting down struggling writers they meet. Every put down adds more fuel to the fire of their conviction that they're better off not trying. 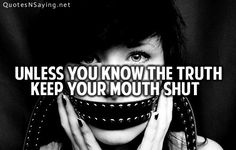 In the dining car I was seated with an attractive older woman. Our conversation took a number of pleasant turns till the subject of writing came up, mysteries in particular-- and I admitted I wrote them. Two things happened then at once: Her eyes lit up. But her questions proved a game of cat and mouse:

I'd heard most of her questions time and again before:
Why am I publishing ebooks? If my stuff is really good, wouldn't I have an agent and wouldn't my books be in stores? How can I be happy to spend thousands of hours on projects and not be able to fly first class, vacation in Madrid? Etc.

I played the role of wily mouse:
My first four books were placed with two major publishers....I won a major international award and was even optioned for film... Those first four books appeared in stores...I have had a number of agents...But the publishing industry has changed dramatically and thousands on thousands of traditionally published writers were orphaned in the process... As for success, I write the books I want to write-- my way, at my own pace.

Before we parted, I gave her one of my business cards. And she promised to buy one of my books as soon as we reached a station with internet access.  I excused myself and hobbled off, badly injured in a fall the week before. I thought I'd seen the last of her. But... 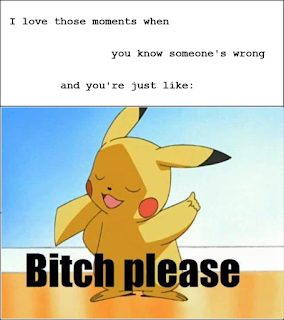 The next morning, she joined me in the dining room for breakfast. She seemed a bit agitated. And her questions had an edge. In particular, she wanted to know why I now live in Seattle. Surely if I were a serious writer, I'd live in New York or L.A.

I started to tell her of Seattle's funky charms. I said I really loved the colors of Seattle: the slightly grunged-out grays and greens mixed with buildings in varied shades of terracotta.

That was it, for her. She slapped my card down on the table and snapped: "Terracotta, dear, is RED. Not brown or orange or anything else. And if you were a real writer, you'd know that!" And with those words, she moved to another table after sneering at my cane.

Well, the point was moot since we had no Wi-Fi. But Google could have told her this:

Reminiscent of a fading sunset or stark desert, terracottas are earthy hues that brings a sense of inviting warmth to any space it touches. Whether it’s a muted clay or a rust orange, this color can suit a variety of home styles and tastes.

One year later, I'm still stung and tempted to cry out at the top of my lungs:

But no. I'd prefer to think that she'd been looking for a train romance. In which case, I offer my belated response:

Special bonus: Umberto Tosi has written a wonderful post about self-promotion and writers interacting with readers. Check it out!

Elizabeth Kay said…
Your indignation about being upbraided for being right happens all the time - I had an Amazon review which accused me of using a coincidence, when the whole point of the character being where they were was because they'd researched the matter and had gone there to pursue an enquiry. Italy would be far a less tasteful place if their roofs were red instead of terracotta...
12 October 2017 at 07:47

Bill Kirton said…
I don't understand the pleasure people get from being nasty to others. If you don't like someone's company, there are plenty of ways of taking your leave without needing to be offensive. Mind you, if I found myself closeted with a hardline Trump supporter, I'd feel obliged to try (no doubt unsuccessfully), to convey quite firmly their true place on the evolutionary scale. The trouble is, as your blog demonstrates, the attitudes of these ignorant, uncaring people are hurtful. It's not easy to grow a thick skin.
12 October 2017 at 12:28

Enid Richemont said…
My closest American friends live in Oregon, and are very familiar with (and love) Seattle. 'Terracotta", apart from being precisely what you say it is, is also such a musical italian word.

These odd barbs from the ignorant still hurt. Well, you wouldn't be a writer if you had a thick skin. I have deeply unfashionable views on these people which I will not state for fear of being scalped.

As for 'in a room with Trump' - my fantasy is to lock both him and Kim in a room together, both provided with the weapons they so much love. Oh, and obviously throw away the key.

Jane said…
I'm just as incensed over her definition of terracotta--the nerve! In any case, I can fully relate. I'm still stinging from an old knitting fan's comments regarding my writing: "Ugh. Stick to knitting, Jane." I also note that many of my reviewers address me by my first name though I've never met them. Are we really all that cozy?
14 October 2017 at 14:26