I published my first book last autumn. I think I may have mentioned it in my last Authors Electric blog. I suspect I’ve mentioned it a few other times elsewhere too. I’m pretty pleased about it as you can imagine. I’m sure all first-time-published authors are – both traditionally and self-published. I probably go on about it a lot...

This month I’m publishing my second book, the sequel to the first. No doubt I’ll bore people to death with that too. But something occurred to me in the past couple of weeks. Although it might appear to be the same thing, in fact everything has been completely different.

Yes, the processes for production of the books have been the same (roughly). Although I forgot some aspects in the meantime, I learned a great deal first time round and haven’t had to reinvent the wheel completely in terms of uploading everything to my chosen publishing platforms (Kindle for the ebook and Createspace and Blurb for the paperbacks in case you’re curious - choices made without a great deal of knowledge or consideration). My social media and blog pages are already up and running. And my first cover designer was on hand to design another fabulous cover, echoing the first so it’s clearly in the same sequence.

But – and it’s a big but – so many other matters are new.

Perhaps the major one is expectation. Both one’s own and (more importantly?) that of readers of the first book, The Order of the White Boar. They know the sequel’s coming – they’ve known since they read to the end of the first book where I confidently added a ‘Coming soon’, or since I committed myself everywhere to publishing in ‘the spring’. I’ve also teased wherever I can, whenever I can. Readers have said lovely things about The Order in reviews and on social media, and mentioned how much they’re looking forward to The King’s Man. They’re expecting more of the same. Can I deliver?

I thought I could. But now, as it’s getting nearer, I’m not so sure. There’s a lot of “this is wrong with it”; “I should have done that better”; “why didn’t I get comments from just one more reader?”; “what if readers are disappointed?” Maybe if I just quickly changed all those ‘coming in spring 2018’ to ‘spring 2019’, and tried to do some gaslighting to persuade people it had always been 2019, could I improve the book enough over the next year?

Pressure? I thrive on it... well, sort of. I do seem to work better to deadlines – but equally I’m not the most organized of people, and don’t always look ahead to just what needs to be done before that deadline.

And this has been a case in point. As I said, everything has been different – and there’s been so much more to do.

‘Wouldn’t it be nice to sell the books directly to people at events! They’re set during the Wars of the Roses – there are lots of medieval festivals during the summer – the sequel will be out in the spring, just in time – perfect!’ But each event has a deadline for booking stalls – and different requirements. Authentic costume? No problem. Public liability insurance? I can arrange that. Photo of your stall? Ermmm, I don’t have one yet...

‘Wouldn’t it be nice to have a proper launch this time! Why not think big? Why not one of the locations where the books are set? ... but have a local fall-back just in case...’ Tentative approaches, negotiations, juggling dates. More things to think about...

‘Let’s make proper use of social media this time – guest blogs, teasers, books groups, contacts...’ And at the same time, why don’t you make sure you over-commit to everything and chat to everyone in the hope of spreading the word – and barely leave enough time to do last-minute revisions or a proper proofread or – ?

‘I need to do a proper marketing plan this time – press releases, marketing materials, approaches to potential stockists  – not just wing it like last time.’ Ah, yes, get it all worked out properly, not just odd notes to myself on whatever scrap of paper is to hand... I’ll have to get back to myself on that one.

Somehow, by some amazing luck – despite everything – by the time you read this, The King’s Man should be ready to be released into the big wide world (I think)*. I’m trying at least to do one thing in good time, this blog – inspired to write it by the need this morning to conquer my worry about whether I really have reached the stage where I can hit those three big buttons: ordering hard-copy proofs, setting up the Kindle pre-order, and revealing cover and publication date on social media. (And, yes, no doubt a little prevarication...) Getting to this stage has seemed so very different this time – fraught with even more problems, and altogether a far more outward-looking process. Very far from my comfort zone of perching somewhere quiet with a notebook, pen, glass of wine and an assortment of characters and situations to explore. 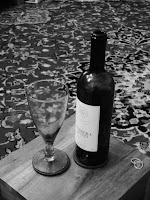 * PS. The buttons were all pressed in good time. The King's Man is now available for pre-order at mybook.to/TheKingsMan
PPS. And if Helen who left a comment last month is reading again - yes, this is definitely how not to do it!

Jane said…
May the force be with you, Alex, truly. I've been through the process multiple times, always trying to get it right or at least righter.
15 May 2018 at 12:19

Alex Marchant said…
Thank you Jane! I'll be happy with 'righter' - that's about as much as I can hope for. I think things are better in terms of the process at least. It's just those expectations I have to face now!
17 May 2018 at 14:00