A visit to the London Book Fair by Ann Evans 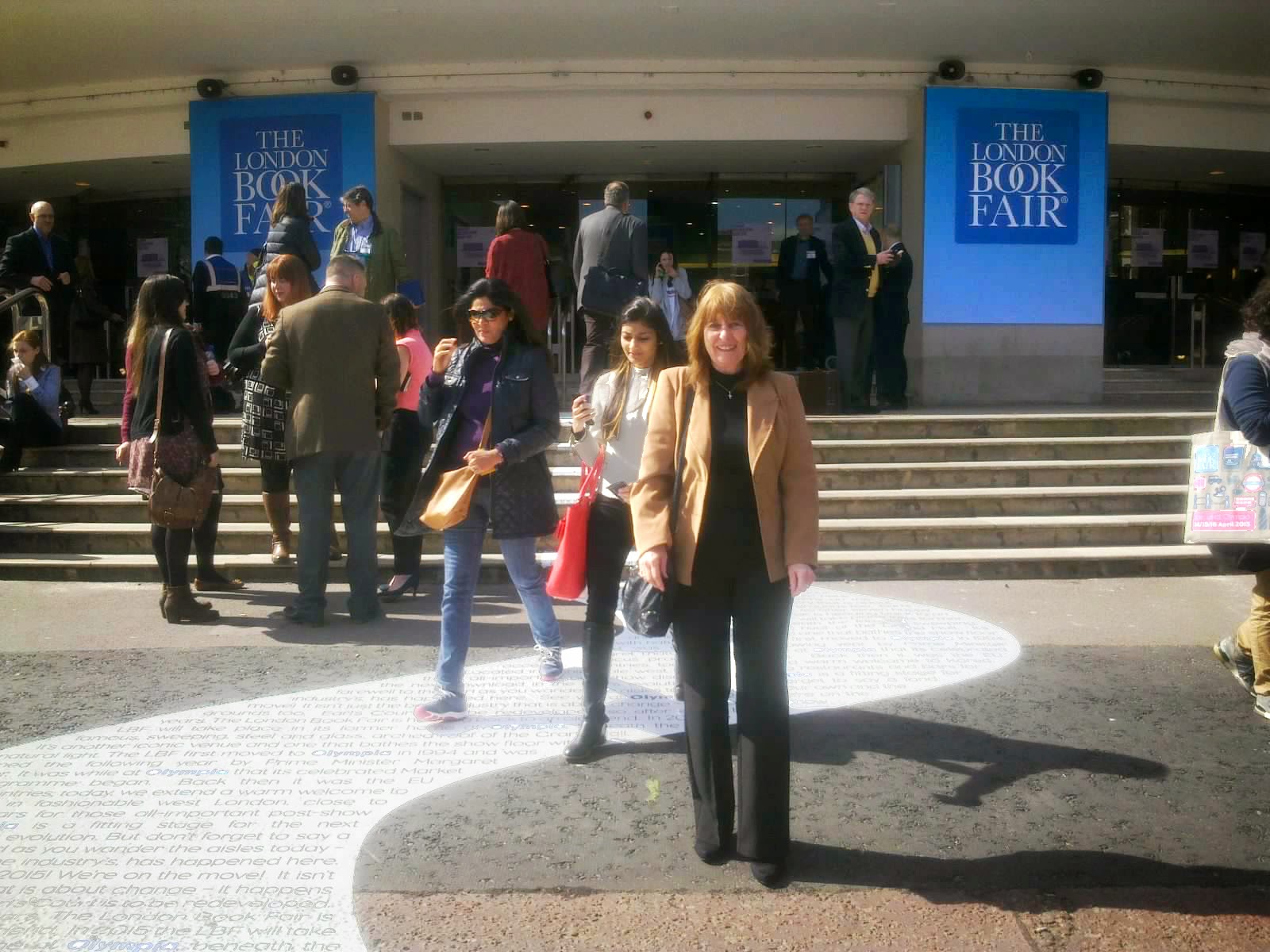 Did anyone go to the London Book Fair this week? I'd never been before and was curious to know what it was like and whether it was mainly for agents and publishers or whether it was useful for authors too.

So, teaming up with author Karen King, we set off last Wednesday for a day out in London at the famous book fair. Like me, Karen hadn't been before either, so we'd made up our minds that even if we felt like outsiders, we'd enjoy our day out in London regardless.

It turned out however to be an excellent day, perfect for networking and seeing what opportunities there are for writers. Obviously a lot of authors aren't interested in working with publishers, but I'm always on the look out for writing opportunities and will gladly write what needs to be written if it will help pay my bills.

The first thing we noticed was that there was a real buzz as you walked up the steps to Earls Court, with everyone keen to get in and start exploring. At one point we bumped into a fellow member of the SWWJ (Society of Women Writers & Journalists) who was a seasoned attendee at the LBF. She commented that the atmosphere of the event was always a good indicator of the publishing world at the moment, and her opinion was that things were pretty optimistic.

What surprised me was the massive number of publishers and book packagers who I'd never heard of. And taking the bull by the horns, Karen and I got into conversations with many of these, who seemed very interested to hear what sort of things we wrote about, and didn't mind telling us what their requirements were.

Not once did anyone ask if we were agented, and very few said that their books were written in-house. Apart from one scheduled meeting that Karen had with a publisher, we hadn't set up any other meetings beforehand, yet got to chat to over a dozen different publishers, packagers and editors. 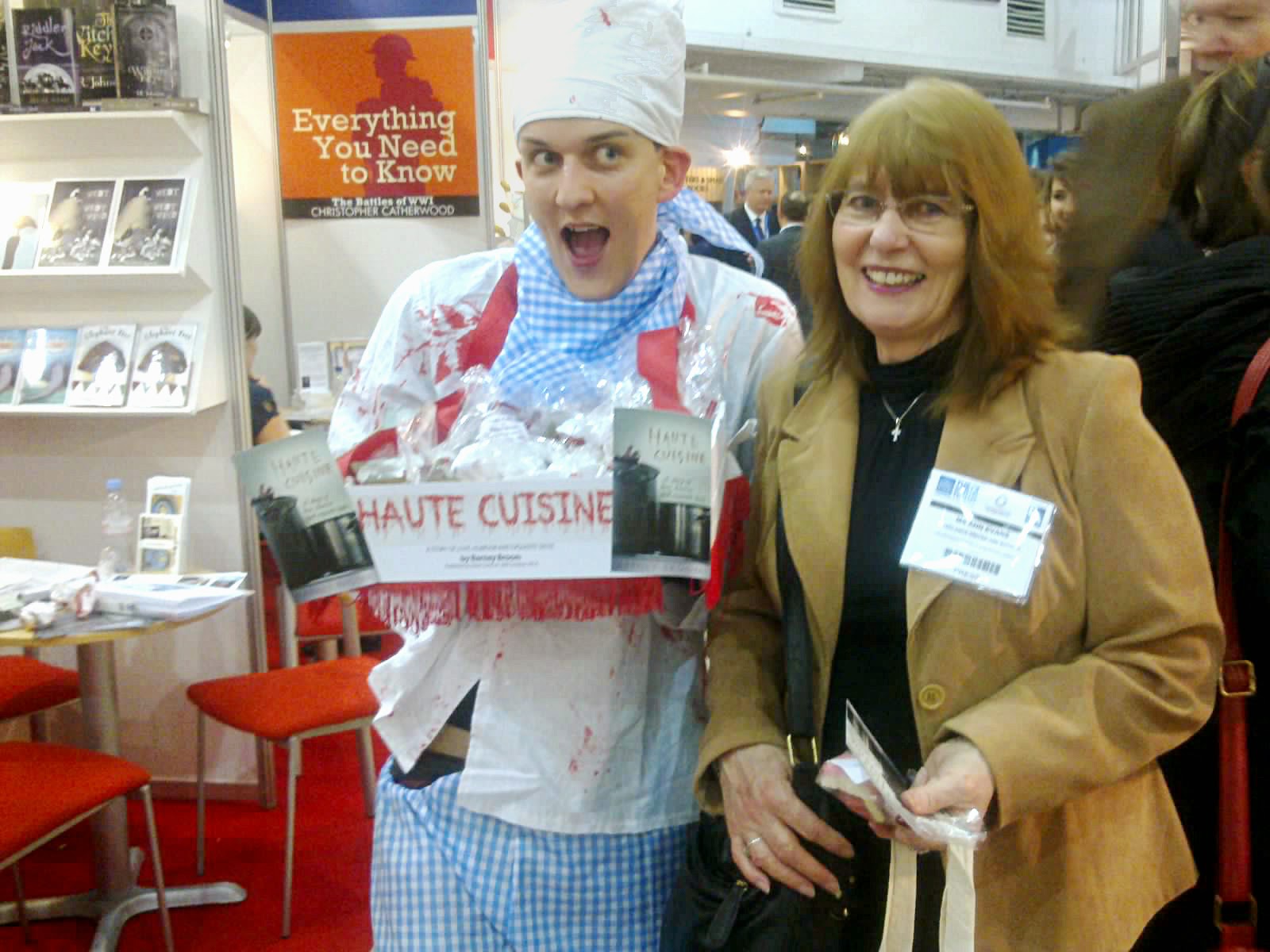 Had to laugh at one point – or rather everyone laughed at me. We were approached by a young man in chefs whites that were splattered in (fake) blood, offering bags of disgusting-looking horror sweets. He was enthusing about Haute Cuisine – a restaurant with a yeuky difference! (I won't go into details). Somehow, I slipped into food-writer mode and asked him where the restaurant was and when it was opening. In my head I was at the Good Food Show suddenly. After everyone had fallen about laughing, I was loudly reminded that he was promoting a new book – it wasn't real! Doohh!!

Hurrying on, we squeezed into one of the many seminars going on. This was a Kindle Direct Publishing talk on the theme of Success. Judging by the packed room, it was clear that self publishing was being taken very seriously.

Two two top ranking kindle authors were talking, Rachel Abbott whose book Only the Innocent reached the #1 position in the UK Kindle Store (paid) in three months and stayed there for four weeks; and author Polly Courtney who has successfully published six books. They were talking about self promotion. Here's a few tips from them:
We also stopped by the Indee Book Collector's stand who had a huge collection of indee books on offer – which they were giving away to those who asked. And surprise surprise, Karen and I asked. We came away with five or six books each, most gratefully received.

The team on the stand explained that the Indee Book Collector is a collective who take on authors who have self published at least ten books, the aim being to support and promote each other.

It had been a long day, and with aching feet but happy hearts, we headed off to O'Neills bar where we met up with some fellow authors from the SAS (Scattered Authors Society). Being the first to arrive, Karen and I looked around to see if there were any likely authors there, as we didn't personally know any of the Sassies who were meeting up. Karen went up to two women sitting quietly enjoying a drink and said, "Do you belong to the SAS?" With a look of horror they said they didn't. So without a word of explanation, Karen left them - looking like they wanted to dive under the table for cover!

So, did you go along to the London Book Fair this year, and what did you think of it?


Please take a look at my website: www.annevansbooks.co.uk
Out now: Become a Writer – A Step By Step Guide.ISBN 9781907670244
Available in paperback and ebook.

Dennis Hamley said…
I used to go quite often but gave up about ten years ago because nothing seemed to apply to me any more. Now indies are being taken seriously I might start going again. That sounds an interesting time, Ann.
13 April 2014 at 23:29

Lydia Bennet said…
yes it does sound more interesting than I'd have thought for a non-publisher! thanks for boldly going, Ann.
14 April 2014 at 17:14

Ann Evans said…
Yes, it was definitely a worthwhile trip. I'm following up with emails now to people we spoke to. Fingers crossed.
15 April 2014 at 15:40

Karen said…
It was a great time, Ann and we had a few laughs. I've even sold a picture book as a result of our visit. :)