“Are you doing anything next weekend?”

I’d pulled the car over to take the call and was having trouble hearing my client’s voice above the rushing traffic.

“It’s my father’s seventieth birthday and my mother’s throwing him a party in . He’s always saying one day he’ll write a book and we thought we would give him a ghostwriter as a surprise birthday present.”

“Jumping out of the cake you mean, like Marilyn Monroe in front of President Kennedy?” I joked.

“We can work out the details once you are there,” he replied, obviously not ruling out the cake-jumping possibility. “I’ll email you with the arrangements.”

The email was already waiting in my in-box by the time I got home. My client was a wealthy businessman in his own right, based in . His family was one of the richest and most powerful in and his father was now the head of the large, extended dynasty. I guess it was a bit of a challenge to think what to give a man like that for his birthday. My flights were booked and a room was arranged in the seven star hotel which had been totally commandeered by the family for the weekend. No one was to know why I was there until the presentation.

“What do I say if someone asks me who I am and why I’m at the party?” I asked when he phoned again to check everything was okay.

“Just say you’re a friend of mine,” he said, “no one will question it. And can you get a cover of the book mocked up to take with you, so we have something to show him?”

Photos of the great man arrived and I dashed off some copy for the back cover and inside flaps of the dust jacket, sending the package quickly to a friendly local publisher whose designers put the whole thing together in a remarkably convincing facsimile of a book that might actually exist. I headed for the airport a few days later.

There was a greeter from the organisers of the party waiting for me at the airport and she ferried me straight to the hotel where several hundred of the family’s closest friends, relatives and business contacts were already ensconced. The entire hotel had been turned over to a carefully orchestrated private carnival. Guests had the run of the place and everything was provided at the expense of the hosts. I had always assumed that the parties depicted in “The Great Gatsby” were entirely imagined by F. Scott Fitzgerald, but I think he too must have been entertained in exactly this manner. Unless of course it was the other way round and modern billionaires are modelling their styles of entertaining on Jay Gatsby’s, even those who would never have read the original book.

I have to confess that it is a glorious feeling to be given permission to suspend your social conscience for a few days and allow yourself to be transported to a world where costs and prices are simply not a factor in anyone’s plans. International stars are hired to entertain, banquets are spread out for guests to pick and choose from as and when they are troubled by the slightest pangs of hunger, and barmen constantly stand waiting to prepare whatever cocktail you ask for. All the guests had to worry about was what they would do next and what they should wear to do it. No doubt some of the seemingly social groupings of men in the various bars, restaurants and lounges were busily networking and setting up future deals, but most were simply there to catch up with people they hadn’t seen since the last family gathering, (which had involved a similar hotel arrangement in Penang a few months before), or meeting new people. The wives and children of the wealthy men passed the long hours playing cards or visiting the discreet jewellery shops that can always be found in such places.

There was indeed a cake, but thankfully it was constructed around a famous Asian supermodel and I was only required to stand demurely beside her as I was presented to the surprised, and initially puzzled, birthday boy. 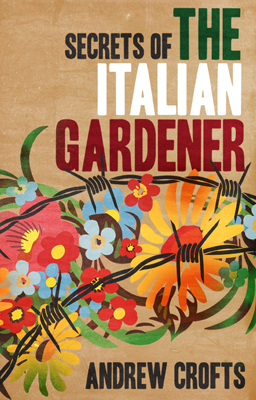 Thank you for your interest in the post of beautiful assistant.

Looking forward to a long and fruitful association.

Lydia Bennet said…
perhaps slices of the cake to go with the blog post as marketing tools? you certainly get around Andrew!
27 April 2014 at 22:07