Don't Step on the Cracks! Musing on the Mystic by Pauline Chandler

If you’re allergic to astrology, fortune-telling and Tarot cards, look away now, because I'm about to muse on such mystic activities fascinate millions of us.  Who are these people who claim to ‘know’, to be able to 'see what lies beyond’?  Are they all charlatans? Or just needy people who claim ESP to make them stand out in the crowd? 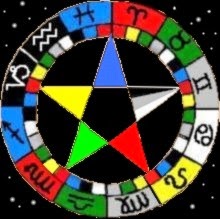 Part of me wants to believe it's possible to see 'beyond the veil', to foretell the future and find out what's in store. Another part says I'm a gullible fool, with too much imagination for my own good!  Aint that the truth!  Especially on a dark night in an empty house...wooo.hoooo...

Is any of it true? My dear old mum thought so.

Mum was the most superstitious person I’ve ever known. Every day there was something else to beware of.  ‘Never pick up a dropped knife’. You get a present if someone else does it for you. ‘Put your knickers on inside out?’ You’ll get a surprise! And not just with pants but with any garment. ‘Don’t leave knives crossed or scissors open’. You’ll cut a friendship. ‘Never give anyone a purse, without putting a coin inside’. You're handing over bad luck if you don’t.

Bad luck. Good luck. Did you buy a lottery ticket this week? Read your horoscope?  I’m a Sagittarius, which means I’m sporty, cheerful and friendly, but also impulsive,  rash and sometimes tactless, with a tendency to blurt out exactly what I’m thinking. It’s a fair summary, except for the sporty bit!  But I don’t really ‘believe’ it, do I, that the position of the stars at the time of birth of every single individual on earth affects their personality and behaviour?  Whaat? That’s barmy. Ridiculous.

A writing group I once belonged to, invited a mystic to lead us on a vision quest with the hope of finding our animal spirit guides, which seemed a fun idea at the time. On a chilly Saturday morning, we sat in a circle in the village hall, watching the mystic prepare by first cleansing the room of negative influences. This involved laying crystals here and there, with quite a lot of hand waving and muttering, which was vaguely alarming, but nothing to frighten the horses.

The quest proper started when we closed our eyes and were asked to imagine ourselves standing outside a cave on a distant hillside. To the sound of the mystic’s soft-spoken voice, we entered the cave, then, after meditation in the dark, emerged on the opposite side of the hill, overlooking a beautiful sunlit view. At this point an animal spirit guide would appear. Oh yes, I thought, of course it will. Ha ha.


So there I was, imagining myself on this hill, looking over the beautiful sunlit view of a familiar Derbyshire valley, and I must say, all was quiet and peaceful, and very restful, as I mentally filled in the detail. The Oker oak, shaped like a Roman helmet, sitting on top of its mound. Steam puffing up from the steam railway in the valley bottom. The mystic had stopped speaking and I was wondering if I should start the ‘walking down the hill’ bit, when, out of the blue, there was a stag.

He stood quite near to me, having silently emerged from some young trees to my right. I was shocked. Amazed. Entranced. There was no time to ask questions, as the stag turned to lead me down the hillside, and, dear reader, I followed. And that’s that, really. To my utter astonishment, I’d found my guide.

There was a bit more to the ‘quest’, with a funny bit at the end, where, after our animal guide had left us, we were supposed to meet a man at the end of the path and offer our souls to him, at which point I rather spoilt things by rearing up large and refusing to comply.

Afterwards, over a nice cup of tea, the mystic asked us to recount our experiences. When I mentioned my stag she said I must have strong Celtic leanings, which was tremendous news, as I’d always fancied myself as a Celt.

Did the vision quest help me in any way? I think it did. It’s nice to feel ‘chosen’ and to have a ‘guide’.  But what if the stag was only a figment of my imagination? Does it matter ? I’m not sure that it does. All I can say for sure, it was completely unexpected. Either something came to me from outside, or something bubbled up from my subconscious. Whichever it was, it was reassuring. And, by golly, I’m not complaining. Writers need all the reassurance they can get. It’s a lonely path we tread.

On my desk, next to my computer monitor, is a small wooden cross. I’m a Christian but a non-practising one. I love the message and the liturgy, but not the evangelism and the politics. Next to the cross is a silver stag, representing my Celtic guide. I see no disparity. At the heart of the beliefs they represent is the same thing, something positive and lovely.

I’m happy not to ’know’. I distrust ‘certainty’ and anyone who claims to ‘know what lies beyond’.  I’ll just carry on travelling hopefully, reading my horoscope for fun,  and, yes, Mum, I’ll try not to step on the cracks.

My fascination with the mystic side of life finds its way into my books. 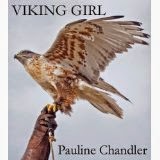 In ‘Viking Girl’, Beren sees a fox, her father’s spirit guide, which helps her solve the mystery of his death. 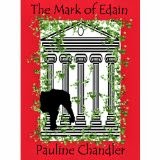 In ‘The Mark of Edain’, the heroine, Aoife, is a Celtic princess, daughter of the Druid, Bevan. She has the ability to communicate with animals and can ‘see’ through the eyes of Bala, the emperor’s war elephant, visions which help her to save Bala’s life.
Both books are now available as ebooks on Kindle. Good luck with your projects!

Posted by Pauline Chandler at 00:05

I'm a believer, of sorts!(A sceptical believer?)I travel hopefully too and often write about the supernatural. I believe that some places are indeed numinous. I've seen a ghost, once - I've met one 'fortune teller' who was uncannily accurate, except that she couldn't tell whether she was seeing past or present or future. (I found out, in a very intriguing and unexpected way.) I've done a past life regression session (and boy that was strange) so I like to keep an open mind. Creativity is a strange thing. Would love to know what my animal spirit guide is!

Your past life regression sounds amazing. I'm not sure I'm brave enough to try that! I hope you find your animal guide. You never know, he, she or it might seek you out when you're lest expecting it, which seems to be the way these things work!

The past life regression was very interesting. I can still see the images it conjured up very vividly. But I'm never very sure whether it was the writer in me, making the whole thing up!