By glitter noir - October 12, 2016
Imagine: you need a certain something that's become a missing link for you.

Now, yours could be most anything: an entry in a series you're reading...a special product you use on your hair...a part for something you adore. The two things I needed this weekend were: a refill packet for my thick-barreled Dr. Grip pen and what I'll call a jibbergiver. Or let's shorten that to a JG: a secret ingredient I needed for a promotion I'm planning.

I began at the downtown Office Depot, where I'd bought the pen two months ago. This time I saw Store Closing signs. And, sure enough, at Clearance prices the shelves had been pretty much emptied. I tried Target and several drug stores--but they did not carry the refill or pen.

Bummed out, I moved on to the JG. I figured Hallmark would be my best bet and went to the downtown location. Permanently closed. Again I tried Target and drug stores. No luck.

I began to see a pattern here based on facts of life: 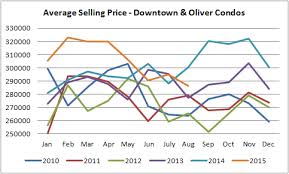 Office Depot swallowed Office Max...but has now been kicked out of the town by high rent. And there's just one metro bookstore--you guessed it, Barnes & Noble, half of whose sales come from other than books now that they've bankrupted Borders. Only the speedy sure sellers are stocked. 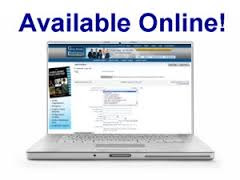 For books not stocked by B&N (99% of the titles in print...and any book that's out of print), I know to shop at Amazon. Or Powell's Books in Portland. And this weekend's taught me that Amazon can be there for everything else--from pen refills to, yes. JGs.

Need a handsome, good-quality vest that's simply loaded with pockets? Well, you won't find it at Macy's or Nordstrom. But you will online at SCOTTeVEST...for a third of what any retail store would charge you.

There's no need to ban Barnes & Noble or chain department stores. They serve a purpose and they can be fun. But the mail order world is far saner, to me, than one in which I'm sold a pen but can't obtain the refills. And I won't be the fool of a store system where I cannot find, to save my life, a goddamned jibbergiver. 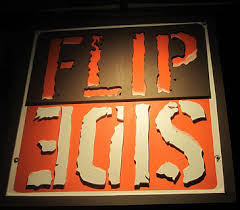 Many of us spend our entire careers considering ourselves to be failures when it comes to the Brass Ring. If we publish eBooks, we mourn that we aren't in print. But even if we are in print, we mourn the size of our print runs and the fact that our books aren't in every store. And if they do appear in stores, we weep because small orders almost guaranty their return.

We must accept one simple fact: publishing has become in larger order a mail order business. And this goes for both print and eBooks. We haven't failed because we only publish digitally or because our books haven't 'sold through' in brick and mortar stores. We've succeeded because: we wrote and published them...and because online they still live to be sold.

So let us begin by accepting the fact of a Mail Order world. And let's move on in next month's post to The Wild, Wild West of Direct Mail.

Leverett Butts said…
Thank you for this, Reb! It was just last night that I was a little depressed that my work was "only" published by a small indie press and was still looked at by bookstores as being tantamount to self published.

The reminder that most book sales come from online retailers (a la Amazon) and not from brick and mortar stores, while depressing for bookstore afficinados, is actually a boon for indie writers.

glitter noir said…
Thanks for commenting, Reb. I'll add a comment this weekend about my own mail order campaign when my trad publisher failed to list my first book, The Suiting, in their catalogue.
13 October 2016 at 13:49

David North-Martino said…
Great post, Reb! Ebooks and print on demand mean our work never has to go out of print, giving us plenty of time to attract an audience for the novel. No more worrying that our novels will disappear in three months with only remainders to attest to the fact that they ever existed at all. We are certainly living in an exciting brave new world. And while I mourn for all the jobs lost when brick & mortar stores go out of business, when it comes to variety and finding the things you want quickly, you certainly can't beat the online world. Anything and everything can be found with a few keystrokes.

Looking forward to reading more about your mail order campaign regarding The Suiting.
13 October 2016 at 15:12

glitter noir said…
Thanks, David. Anyone who thinks the principles behind this post don't apply to trad publishing is out of touch. For the better part of ten years I worked at Oxford Books, half of those as the Fiction section manager. I got to watch the publisher's sales reps zip on through their catalogues, usually giving mere seconds to most titles. Here' what this means to trad writers: if their books are even ordered, the quantities will be small. A 2 or 3 book order for a store will almost certainly be displayed with the spine out...making it invisible to the average shopper. That is, UNLESS savvy and aggressive authors have properly worked the staff--in person when they can, or through brilliant direct mail contact. More on this next month
13 October 2016 at 15:37