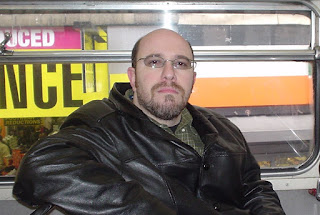 I want to thank Debbie Bennett for giving me an opportunity to appear on her blog. I can't believe it was as long ago as 2011 that she appeared on my site to promote her first thriller, Hamelin's Child. She's written so many since then. You can see that old interview here:  (BTW, she hasn't aged a day, it appears. Me, on t'other hand…)

I'm here today to tell you about Squared Circle Blues, my new novel about professional wrestling in the 1980s.

I'm not a present or former professional wrestler. I'm a writer, I'm a teacher -- I'm not even athletic. But even with its outlaw reputation, and even with the widespread belief that it is fake, professional wrestling, in a way, taught me as much about manhood as any other sport every could.

First of all, professional wrestling isn't fake. A better word would be FIXED. The wrestlers know the outcome and work toward it, putting on a show as they go. Yes, they use storylines about good and evil, concocted by teams of retired wrestlers and sometimes very young writers, to provoke the crowd. Yes, they know special ways to fall, and they cooperate acrobatically to avoid seriously injuring each other. But they slap and punch and kick and twist and throw each other for real. It's less like that these days than it used to be, maybe, but back in the 1970s, in the 1980s, wrestlers really beat the hell out of each other. Why? They did it because they liked to hand out punishment and sometimes liked to take it. They were tough, and they tested themselves as athletes, performers, and fighters. A "fake" professional wrestler from that era, before the rise of MMA in the 90s, would be more than a match for any other professional athlete in a confrontation. They were real-life superheroes; they worked hard physical jobs despite injuries that would cripple less physical men. They had big bodies, big voices, and big personalities, and as on-screen characters, they had big ambitions and big plans. 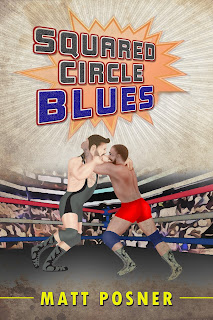 No, that's not the kind of man I am myself, but I wish I could be. Even as cooperating performers, professional wrestlers of the time served as role models of assertiveness and aggression, things that have never come naturally to me. They were also role models for being publicly, unreservedly passionate -- feeling it, saying it, and meaning it. As a teenager, I watched them to learn how to communicate emotion; they were an antidote to shyness. They were amazingly strong on screen: men who didn't back down, in the case of the heroes, or in the case of the villains, men who knew how to escape and come back to fight another time with a new plan.

Squared Circle Blues follows the life stories of a number of men like this, in my completely fictional rendition of the American 1980s territorial wrestling system. It's a story of a fall and rise, centered around the Maryland promotion of Matt Gash, a foul-mouthed, abusive businessman whose Baltimore-based promotion is set to collapse after the loss of its top star, King Snake MacEvoy (called Snake). As Gash struggles to pick up the pieces, Snake, on the surface an intimidating black wrestler, but actually a henpecked family man, moves to a corrupt New York promotion for more money and finds himself on the receiving end of abuse from bigoted locker room bullies and professional burial by his cynical new boss, Arcangelo Vito. Snake's battles to gain the respect of others and regain his self-respect alternate with the last-gasp efforts of the hostile and charmless Gash to reverse his promotion's fall.

The rawness and uncompromising language of Scorsese's Goodfellas meets the physicality and gamesmanship of 1980s professional wrestling.

I'm still not a professional wrestler, and never will be: but when you finish Squared Circle Blues, you'll wish you could be, just like I always have.

You can buy the eBook of Squared Circle Blues at all Amazon locations. A paperback should be ready before it's time to shop for Christmas…