The Year of Just Being There: Dipika Mukherjee looks back at 2016

On January 24th, my eldest brother Amitabha Mukerjee, a marathon swimmer and all-round sportsman, met with an accident while bicycling in Kanpur. He is Professor of Computer Science at IIT Kanpur with a luminous intelligence, but the impact severely damaged his brain stem. 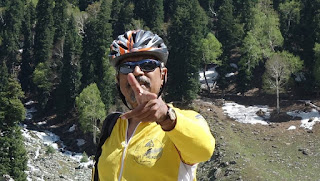 I flew from Chicago to be with my family. Amit was airlifted to New Delhi after developing life-threatening bedsores, he was in a persistent coma, he developed septicemia at All India Institute of Medical Sciences, the doctors thought his MRI looked like Michael Schumacher's; everyone, including the doctors, said Pray for a miracle.

The days blurred; we held on to his every breath before releasing our own. My parents, at 90 and 80 years of age, were terrified that they wouldn’t live to see him ever open his eyes. 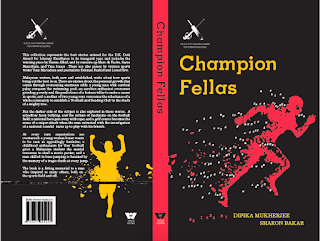 In March, I had to be in Malaysia to launch an anthology on Malaysian sports writing titled, “Champion Fellas”. And there, in Kuala Lumpur, I opened this astonishing email:

We are pleased to inform you that your entry ‘Shambala Junction’ has won this year’s Virginia Prize. There were around 100 entries from all over the world and the standard of entries was particularly high. 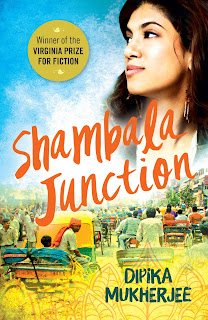 The judges were unanimous in selecting your novel which they felt dealt with a serious subject in an imaginative way. We liked the cast of characters, the humour and the east /west contrast.

I had been shortlisted and longlisted for prizes before, but this was my first major WIN, and that too for a novel that I had spent six years writing and trying to publish. I had parted ways with a literary agent from London in the process and become good friends with some agents from the US who had liked this book, but it had been turned down so often that I was stunned to finally have someone willing to not only publish this book, but also give it a prize.

Aurora Metro asked me for a few words to include for the announcement at the London Book Fair. This was meant to be a celebratory occasion, but all I could say was that this win was bittersweet, as my brother, who was still in a coma, would have been the most delighted at this win (Amit is also a poet and writer and has translated a wonderful collection of feminist Bengali women’s poetry, titled “The Unsevered Tongue”). 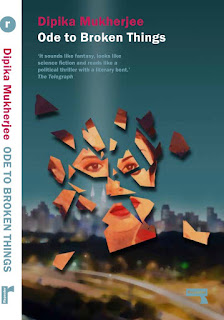 My literary world in 2016 continued to sparkle. In May, my novel Ode To Broken Things (Repeater) had its European launch in Amsterdam, followed by a US launch in Chicago.

Yet for me, this has largely been a year of just being here, trapped in an unreal life, waiting for slow improvements and sudden reversals, my fingers on the pulse of a fickle universe. Amit now opens his eyes and uses his thumb to indicate yes and a forefinger for no, but he is in a vegetative state, unresponsive for long hours. For the last four months, I have been teaching Creative Writing in India and being with my natal family while my husband and two sons are in the US. There is no easy solution to this, there is no end in sight.

I am headed to the Richmond Literary Festival on Nov 23 for the book launch of Shambala Junction. Frances Spalding, CBE, will speak on Virginia Woolf; then they will award The Virginia Prize for Fiction to 'Shambala Junction'. This evening will also launch a campaign to erect a statue of Virginia Woolf in Richmond upon Thames.

The occasion is joyous, and will no doubt be so. But there is something bigger than this which I am still praying for.

Jan Edwards said…
Congratulations with the books - a moment to celebrate. I hope that your brother's health improves.
26 October 2016 at 15:20

Umberto Tosi said…
Welcome, Dipika. It gives me a special boost to read your lively premiere post in our Authors Electric blog universe! I hope that your brother makes further progress in the coming year. Congratulations on the success of Shambala Junction and the launch of Ode to Broken Things - which I was fortunate enough to attend in Chicago. Both are truly fine books, deserving of all the accolades fast accruing.
27 October 2016 at 05:38

julia jones said…
Thank you for joining us and for your inspiring post. I am so sorry about your brother, how this must blight your triumphs. Yet they ARE triumphs, so congratulations.
27 October 2016 at 07:52

Dipika Mukherjee said…
Thank you Biography, Fran, Umberto & Julia...it is wonderful to be a part of such a welcoming, open space. I appreciate your compassion and warmth and look forward to the months ahead on this forum.
27 October 2016 at 08:22

Wendy H. Jones said…
Congratulations on your win and the way your career is going. I am sorry about your brother. A bittersweet year for you for sure.
27 October 2016 at 09:51

Dennis Hamley said…
I've come to this post late. Dipika, what a lovely post - and very moving. Tragedy and triumph coming together is a disconcerting experience which many would find difficult to handle. But we owe it to ourselves to accept the implications of each fully and that is difficult. It sounds as if you have managed to do it. I admire this post very much. Congratulations on the prize. Enjoy it to the full at the same time as you grieve for your brother. He would want you to.
30 October 2016 at 02:54

Dipika Mukherjee said…
Thank you Dennis and Wendy. I hope the months ahead will be kinder!
30 October 2016 at 18:31