Epidermal paradoxes in footballers – a preliminary study by Bill Kirton 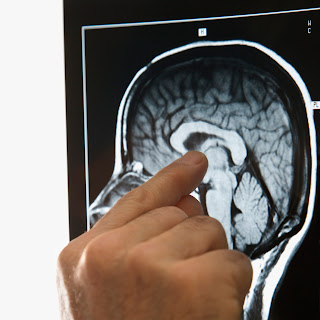 When I’m writing, I prefer silence. I don’t think I suffer from hyperacusis (which is the term applied to the condition of a person who has difficulty tolerating what’s laughingly known as ‘normal’ environmental sound), but loud noises especially bring on an unwelcome feeling of tension.

That, however, is nothing compared with another condition in which the sufferer demonstrates an equivalently enhanced level of sensitivity to external stimuli and for which there is not yet a convenient label. It’s what I’ve come to think of as Epidermal Dissociation Footballeriensis because the symptoms manifest themselves most frequently on  the football pitch (or, for those for whom ‘football’ means a game in which the ball is rarely struck with the foot, the soccer field).

The football season in the UK is well under way, of course. but while reports focus on transfers, wages, managerial sackings and the like, hardly any attention is paid to this serious condition, which seems to manifest itself exclusively in otherwise extremely fit, healthy young men.

For some insufficiently researched reason, many footballers respond to certain stimuli in a way which suggests they have remarkably low pain thresholds. Not only that, but the acute pain never manifests itself at the point where the trauma occurs but, instead, translocates to a different locus entirely. All the evidence suggests that, in these individuals, the epidermal neural networks (no, of course I don’t know whether there is such a thing but it says what I want it to say), are constructed in a way that channels the slightest sensation of an opponent’s touch on any anatomical surface straight to their face and head, where it builds from a feather light brush by a fingertip to a raging agony equivalent to that which might result from having the skin peeled from their gums inch by inch by a jagged, scalding razor blade pulled by teams of fire ants as hornets queue up to inject toxins into the mucus membranes of their nasal passages.

Unfeeling supporters deride them for such antics and yet these are grown men transformed in an instant by their affliction into screaming infants. Yes, their weekly wages may be more than enough to pay for an entire team of consultants in every known medical discipline to sit in a hut on their estate waiting to be called to administer balm, but that is of little comfort if they’re constantly aware that, each time they step onto that field, their face and head may be subjected to cataclysmic agonies if a butterfly’s wing flaps too close to their Achilles tendon or some other part of their anatomy is ravaged by some wayward silk tassel.


Once this condition has been identified properly, given the requisite label, and attracted the necessary research funding, these sufferers can be hospitalised and removed permanently from the public gaze. Thereafter, sports psychiatrists will be able to turn their attention to that other phenomenon, in which players suffer unaccountable delusions that, rather than being in a penalty area, they suddenly find themselves at the edge of a swimming pool and, in a flailing of limbs and shrieks of agony, feel the need to hurl themselves headlong into the water.

Modern sports medicine still has a long way to go.

Anonymous said…
Curled up on my sick bed, sneezing, coughing and feeling acutely sorry for myself (automisericordiensis exaggerata), I can't tell you how much your post has cheered me up. You had me completely. (well, I know nothing about football, for all I knew you were embarking on a scholarly discussion of a genuine, vanishingly obscure complaint. Oh, you were? Ah.).

Sandra Horn said…
Bill Kirton, Ooh, you are naughty - but I like you!

Bill Kirton said…
Thanks, Griselda and Swndra. Perhaps through divine justice, I was hospitalised myself when this appeared and am only just home again. I enjoy the irony of producing laughter at the expense of something one's afflicted by oneself.
21 January 2018 at 11:29